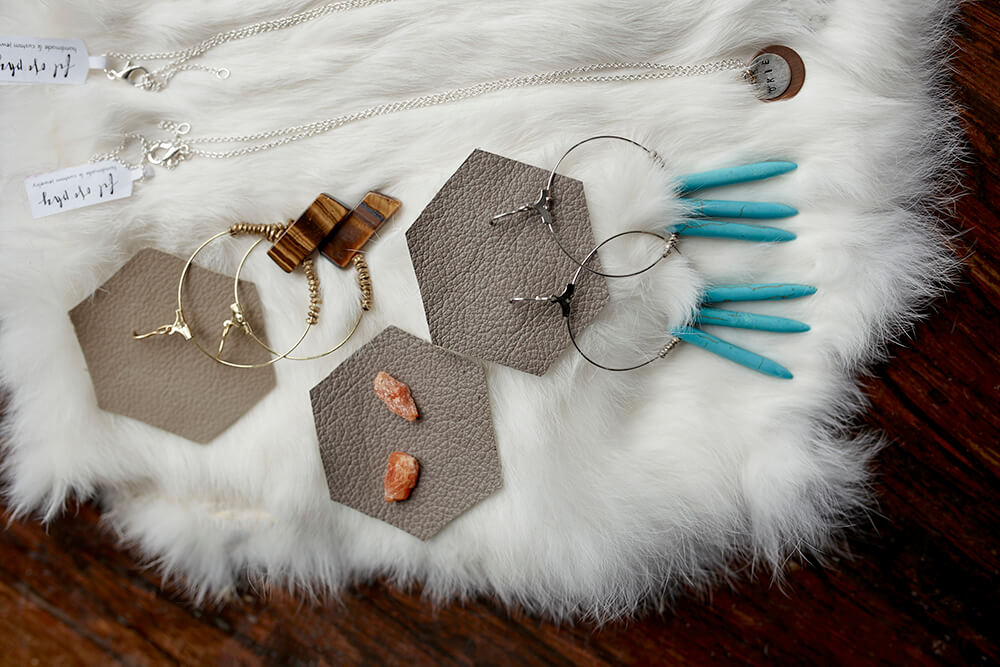 Beau & Arrow may have been born out of an inside joke, but owner Megan Saltink is serious about playing dress up at her slightly-Bohemian boutique that offers a stylish mix of fashion and function.

When you’re hunting for a great outfit, there’s no greater feeling than wandering into a clothing boutique where fashion meets functional. You get that and more when you step into Beau & Arrow at The Boxyard in Tulsa.

Owner Megan Saltink has loved fashion since she was young. “I have always just had a passion for styling and clothes, ever since I was a little girl playing dress up in mom’s closet,” she says.

As a teenager, Saltink got her feet wet in the boutique business by working at Dolce Vita, where she worked through college. When graduation rolled around, an unexpected opportunity arose.

“When I graduated, I was going to take off and do my own thing,” says Saltink. “The owner of Dolce Vita at the time offered me a partnership.” She took the offer and in 2012 helped open a second location for Dolce Vita in Owasso. Soon afterward, her business partner moved to New York. Saltink bought out the partner’s half of the business and changed the name of the boutique to Beau & Arrow.

“A lot of people ask about the name of the boutique,” says Saltink. “I was trying to think of a name that would incorporate Oklahoma, without limiting me to Oklahoma references.” When Bow & Arrow came to mind, she liked the idea. But the spelling Beau came later, as she thought about a family inside joke.

“I’m the youngest of five kids, one boy, four girls,” she explains. “My brother is the oldest. When he was born, dad wanted to name him Beau, but mom wanted to name him Shane.” Her mother won, but they made an agreement the next boy would be Beau.

“I was told frequently that my name would have been Beau if I had been a boy,” says Saltink. So, when she had a chance to open a shop that was, in essence, her baby, she decided to give her father the name he’d been wanting. And thus, Beau & Arrow was born in 2012.

Her journey to opening up at the shop’s current location began in 2015, when The Boxyard was still in the concept stages. Saltink saw the renderings for The Boxyard and the concept behind it — sustainable reuse of shipping containers for urban retail — and was hooked. “I immediately fell in love with it. I thought, that’s where I need to be,” she recalls. “That’s the right move. I was super excited about it. This is a direction Tulsa needs to go.”

Beau & Arrow opened up at The Boxyard in 2016, and Saltink has never looked back.

When you stop by Beau & Arrow, Saltink says to expect a mix of fashion and function. “We have a little bit of everything for all ages,” she says. “Our style is a little more on the Bohemian side, but it’s everyday wear. We carry a lot of casual pieces, styles that aren’t too unattainable. You can pull them off easily.”

For those who care about brands, Beau & Arrow carries many labels you’d recognize — Lush, Blu Pepper and POL Clothing, to name a few. And she carries others that customers might not recognize, but that she finds appealing when she’s shopping for merchandise.

If you’re not sure how to build an outfit, or if you want some input on what might work with a piece of clothing you already have, Saltink has you covered. “We love to help you play dress up and put outfits together,” she says. A lot of her customers are thrilled to have the help and love the results. And there’s no added charge for the service. “It’s just something we like to do.”

Beau & Arrow has a great selection of seasonal clothing to choose from. “We have a lot of great midi and maxi dresses for summer, a big carry-over from previous seasons that is still going strong,” says Saltink. “We have a lot of bold stripes, cute cropped pants, and spring and summer prints and dresses. We have a lot of really nice lightweight blouses too.”

In addition, Beau & Arrow carries other items to finish out an outfit or find something fun for a friend. “We carry a few small gift items, such as Volcano Candles,” she says. “We carry shoes and accessories too — jewelry, purses, belts. We can deck you out pretty much head to toe.”

The shop carries many Oklahoma and Tulsa themed T-shirts. “Our Tulsa flag T-shirts are a popular seller for us,” she says.

Beau & Arrow is open late on First Friday Art Crawl nights downtown. They also do a pop-up shop on the second Saturday of each month, with a portion of sales going to the Lindsey House, a nonprofit that helps women transition from homelessness, abusive situations, and addiction into housing and job placement.

“The success rate is ridiculously high,” says Saltink. “When I heard about them, it struck a chord in my heart.” 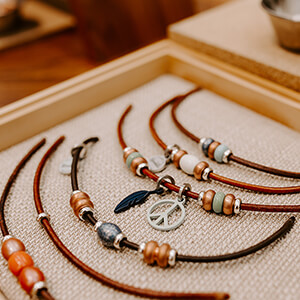 The Cool Jewel
With over 7,000 color choices at their disposal, Landella can serve many tastes and styles with creative bead and leather bracelets and necklaces that are unlike anything you’ll find elsewhere. 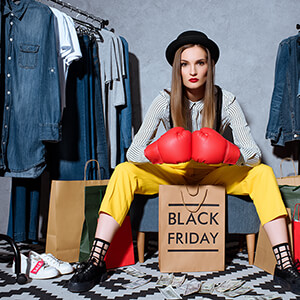 Purchase Power
As we approach one of the biggest shopping days of the year, there are some strategies you should be aware of if you’re looking to save money, time and sanity. 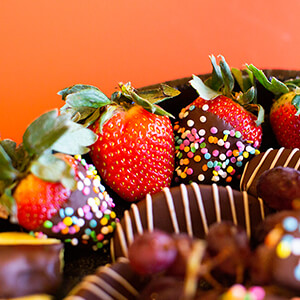 The Art of Food
When it comes to getting a unique gift for just about any group and any celebration, then it's worth your time to visit the friendly, creative, fast team of fruit lovers over at Edible Arrangements. 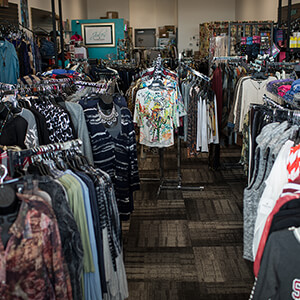 Fashion's in the Bag
Jules Boutique is a clothing maven's dream for a lot of reasons, most especially owner Julee March's penchant for offering interesting, unique, eclectic clothing, shoes, and accessories.