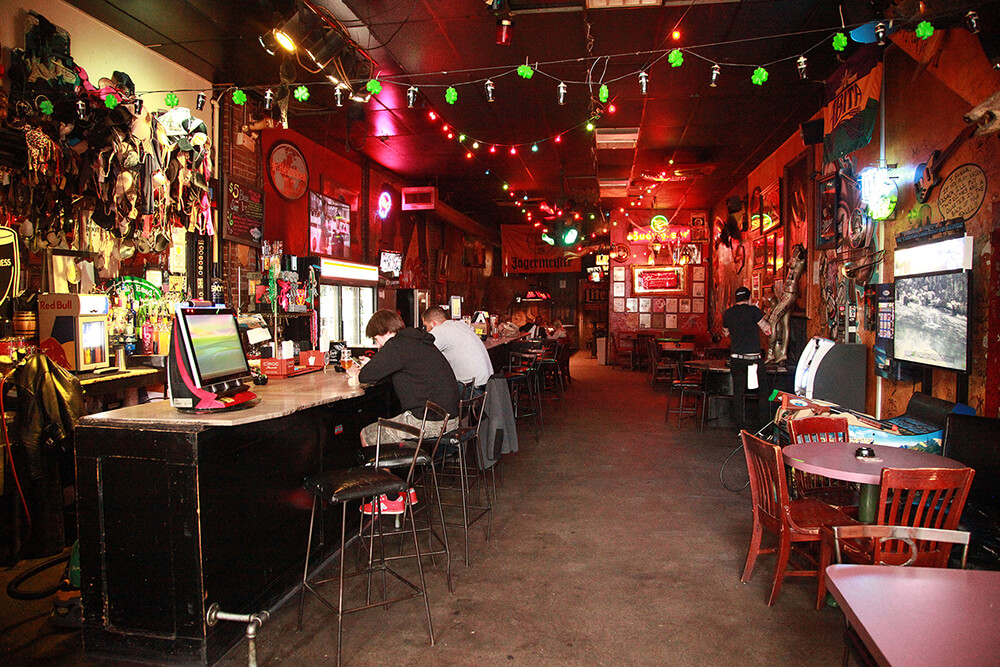 The vibe at Caz’s Pub falls somewhere between dive bar and eclectic man cave, with a seat at the bar (or tables) for anyone who enters, regardless of where they fall in the social spectrum.

All too often, when enjoying the Tulsa Arts District, most Tulsans get caught up in all the latest attractions: a new restaurant, events on the Guthrie Green, or maybe the latest craft cocktail. Most glide by Caz’s Pub and barely notice. That’s a shame, because by overlooking Caz’s Pub, they’re overlooking something special and a good part of what gives the district its character.

Tucked away just a couple doors west of the intersection of Boston and M.B. Brady, Caz’s Pub is just steps away from the Guthrie Green. Back when owner Jeff Castleberry opened the pub Aug. 12, 1995, however, the neighborhood didn’t carry nearly the same cache.

At that time, the Brady Theater was being used infrequently and Cain’s Ballroom had not yet been renovated and returned to hosting concerts three and four nights a week. Looking back, Caz’s Pub positioned itself to be the neighborhood pub on a strip that included Mexicali Border Café, the recently shuttered Spaghetti Warehouse, and Lola’s at the Bowery (where The Tavern now resides), in an area that normally went quiet after work let out.

Castleberry saw the potential, not only in the location, but the neighborhood, however, and set his roots with Caz’s Pub. Since then, it has been an anchor of the Arts District, the neighborhood pub that rises against the fray and continues to be the levelling constant for those who want to enjoy themselves in a casual and friendly atmosphere.

Once you step inside the door, Caz’s Pub is an entity unto itself. The vibe falls somewhere between dive bar and eclectic man cave, with a seat at the bar (or tables) for anyone who enters, regardless of where they fall in the social spectrum. Most immediately noticeable are the antlers above the bar — well, not the antlers themselves, but the plethora of bras that cover them to the point that the antlers themselves are no longer visible. Once a signal of Caz’s casual, “not uptight” atmosphere, it’s still a signal of the bar’s beginnings, but at this point, it’s more a part of its kitsch and charm than anything else.

Murals cover the walls on both sides, including Ziggy Stardust on the west wall near the back, littered with hand scrawled graffiti and signatures from guests and regulars over the years. The rest of the décor is classic neighborhood bar fare, with numerous mirrors with beer logos (Heineken, PBR, Killian’s Irish Red, and Killarney Red Ale, to name a few), neon signs, pictures and various knickknacks, a pair of pool tables in the back, and the obligatory digital jukebox that bounces through anything from dance-pop to classic rock and the occasional rap tune.

As a bar, Caz’s Pub is everything you could want. Of course, there’s a great beer selection, with 15 on tap, including Not Your Father’s Root Beer, Bold Rock Hard Cider, local brews and a few classic staples. The liquor selection is excellent as well, without being too broad or over-reaching. Whiskey drinkers can step up to Jim Beam Double Oak, tequila drinkers bounce up to Milagro or Patron, and those looking to step into something different can experiment with Bubba’s Secret Stills Spiced Liquor (it falls somewhere between a whiskey, rum and brandy).

The bar staff is always friendly and makes you feel at home, but never assuming or in your face, yet eternally ready for a quick and snappy comeback and ready to banter.

A simple look around the room on a recent Saturday night summed it all up perfectly: A group of girls gathered around the circular booth at the north end of the bar, drinking and chatting, with another group shooting pool; Cain’s Ballroom production staff winding down after a show; an older man in a suit chatting up his date at a side table; and a couple of punk rockers bellied up to the bar with everyone else.

No matter who you are, you’re welcome and at home at Caz’s Pub. If you’re looking to escape the crowds and trends, this could be your place. It’s the perfect place to stop in and enjoy a couple of drinks before or after a show at Cain’s Ballroom or Brady Theater, a no-brainer for a drink with friends after work, and one of the best places to stop and get a real read on the heartbeat of the Tulsa Arts District. 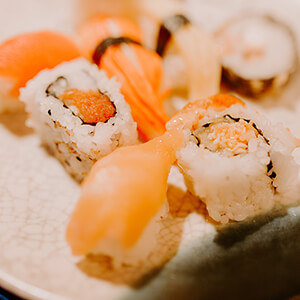 Asian Abundance
Variety is the name of the game at Yutaka Grill and Sushi Buffet when you and your friends or family members can't decide on what they're in the mood for during lunch or dinner. 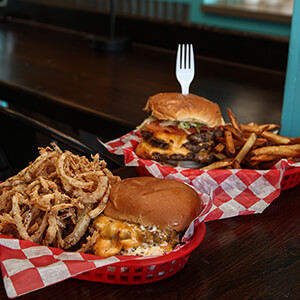 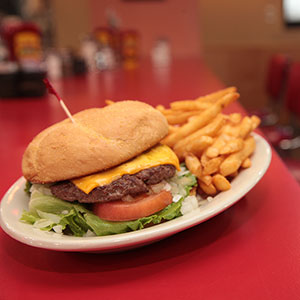 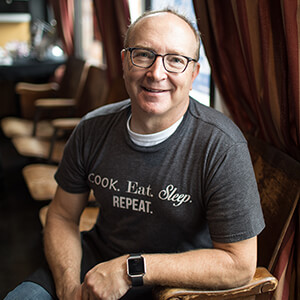 Steady Satisfaction
While the Tulsa Arts District has undergone many changes in the last 13 years, one consistent has been Jeff Castleberry’s commitment to serving up affordable comfort food at Caz’s Chowhouse.