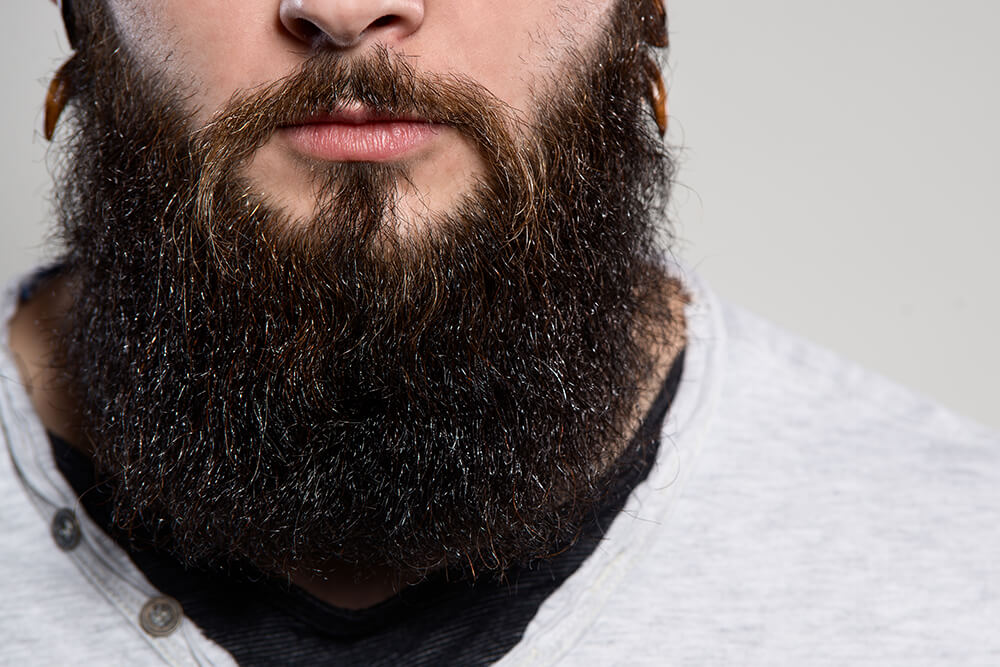 The Way of the Whisker

This is the season of razors sitting idle on sinks and chins disappearing in silky and wiry, trimmed and untamed, curly and cascading decoration.

Trimmed, bushy, or three-day stubble: No matter how you wear them, beards have been growing more popular over the last decade, and it doesn’t look like men will be cutting back on the trend anytime soon.

Beard growing and maintenance has come a long way since your grandfather was sporting his woolly winter whiskers. Today, facial hair is avant-garde. Some may even say beard styles can be a work of art. While old-school barbers and salons are still around, they might not cut it when it comes to sculpting the new trends in beards.

“At the salons, we would run clippers over beards and call it a beard trim. But now there’s a style to it,” says McDaniel. “There are guys who like [a style] where it comes to a point or where it’s squared off. You can’t just throw a clipper guard on and do that any longer.”

One search on the internet will show you just how many different beard styles there are. Deciding which one to sport is enough to make a guy want to shave it all off. And yet more and more men are choosing to grow facial hair, especially during No-Shave November.

So, what’s behind the trend? McDaniel can’t say for sure, but she has a theory.

“Different people feel a lot more confident with having hair on their face,” says McDaniel. “It’s almost like armor or a shield of protection.” If someone has had acne as a kid or other skin blemishes, a beard can mask the imperfections of their skin.

You might think that growing a beard requires little more than, you know, growing it. But that’s not the case. Like the hair on top of your head, beards require maintenance: washing, trimming, conditioning, and yes, even brushing.

Whether you’ve been growing your beard for a while, or just starting, there are some things you should know to help keep those wiry whiskers working for you all month long and beyond.

Consider face structure
Faces come in all shapes and sizes. And so should beards. When choosing the style of your beard, first consider your facial structure: round, square, oval, or rectangle. Different types of beards complement different faces.

“If the face is very round and you let your beard grow at the same rate, the cheeks will emphasize the round shape,” says McDaniel. “Taking the length down on the cheeks and leaving length at the chin creates a more flattering shape.”

For a rectangular face, McDaniel says it’s sometimes better to shorten the beard in the chin area to take away that extra length. “To have that chiseled jawline, we fade and taper to make differing lengths,” says McDaniel. “This gives an illusion of a jawline if there isn’t one present.”

If you’re unsure of which beard is right for you based on your facial structure, McDaniel suggests consulting a barber trained in the latest beard styling techniques.

“We have an eye for it,” says McDaniel, who admits it’s easier to create a style for a client when she can look him straight in the face. Besides facial shape, growth patterns and whether the hair grows well or sparse in certain areas should be considered. As a former hairstylist and salon owner, McDaniel feels barbers have an “edge” to beard styling that not everybody is trained for.

“Getting that shape is what takes the beard to the next level,” says McDaniel. “It brings a lot of distinction when you have those angles that you cut in.”

While some men might be able to trim and shape their beards on their own, McDaniel says most men are not able to determine how much hair is too much on the cheeks and not enough on the chin. To grow a beard right from the start, she suggests scheduling a beard trim with a barber the next time you get a haircut.

Not only will they assess your facial structure for the best beard for you, but they can determine where your jaw hits and where your facial hair doesn’t grow in as thick as in other areas. They can start the trimming and shaping early to compensate for weaker areas of growth.

“Some men have hair that grows in really good and everything starts linking up, and then others are just not growing in as you think, and you’re constantly sculpting and contouring and making it special for that individual,” she says.

A good beard trim should also include cleaning under the neck. Many men don’t realize there’s a huge difference between neck hair and beard hair. “Trimming the neck hair helps push the beard outward and gives it more fullness in the chin area,” says McDaniel. “It gives it a more chiseled look.

Keep it growing
One reason most men give up growing their beard is because of the itch. When the new growth or sharp hair breaks through the skin, it irritates. Also, dead skin cells from the face get trapped in the beard, causing more itching. Although the itch lasts one to three weeks, it can be so severe that men give up and reach for the razor.

“If men can make it past the itching stage, they can grow anything,” says McDaniel, who recommends beard oils to soften the new hairs. Washing your beard and keeping it clean with a beard shampoo, specially designed to help with the flaking of the skin, can also cut down on the itching. Always read the labels for proper use, as washing too often can dry out your skin and damage hair growth.

Product makes perfect
If your scratchy whiskers are preventing you from getting the kisses and loving you deserve, chances are you’re not pampering your beard as you should. While most men have grown accustomed to using gel and foams on the hair on their head, they often overlook applying product to their beards.

“Making sure your beard has enough moisture is important to growing it to the length that you want,” says McDaniel. “We always recommend using styling products like beard oils, foams, and even mustache wax.”

While oils help maintain moisture, foams keep those wiry flyaway hairs in their place. When the mustache is long enough, McDaniel recommends wax to get that part in the middle of the lip directly in between nostrils and for extra shaping.

Long gone are the stereotypes once associated with beard wearing men. No longer considered lazy, unkempt, or only the tattooed biker type, any man can grow a beard and look good doing it.

“Well-dressed men in suits and ties are sporting beards,” says McDaniel. “I feel like right now it’s a world of opportunity for facial hair.”

Growing a beard is one thing, but how you care for it determines how great it looks. To keep your beard looking (and smelling) good, you’re going to have to put in some work.

Wash
You wouldn’t use regular face soap on your hair, so it makes no sense to use it on your beard either. They’re both hair, and hair needs shampoo. There are plenty of great beard-specific shampoos out there that use special botanicals to help soften the hair and keep it from getting dried out. Just make sure that you like the smell of whatever you use, since it’s right by your nose.

Conditioner
Keeping your beard soft is the key to not wanting to shave it all off. A dry, scratchy beard will be unbearable, and the way to avoid that is to use a beard conditioner. A good conditioner will moisturize your beard and keep it healthy — two important factors in maintaining facial comfort. A conditioner also has the added benefit of working almost like a styling gel, so you can keep that beast tame.

Oil
While a conditioner does soften your beard, good beard oil will soften it even further, plus has the added advantage of warding off the dreaded beard dandruff. No one wants to see a guy with a dusting of skin flakes down the front of his shirt, after all. And perhaps the coup de grace of good beard oil is that it will make your beard smell amazing. And since it never leaves your face, smelling amazing is a pretty sweet perk.

Disinfect
Beards can get pretty gross. So, while washing it is essential, a good added measure is an antibacterial beard balm, something that further helps soften, but also kills all of the little microscopic critters hoping to set up shop in there.

Brush
Keep your beard from getting tangled and unruly by brushing it daily with a beard brush. It’ll also help spread the beard oil you’re using (as well as your natural face oils) to keep your beard as healthy as possible.

Trim
The final piece of maintenance for your beard is that you need to trim it occasionally. Beard hair doesn’t always grow evenly. Plus, as it grows out, you’re going to want to give it a little bit of shape. This can be done by visiting a place like Tonsorial or investing in a quality beard trimmer — one with a selection of attachments that you can use to keep from accidentally carving out giant bald spots for when your hand slips. 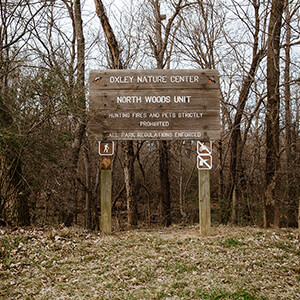 What a Releaf
The expansive and secluded 800-acre Oxley Nature Center, with its miles of forged trails, provides an opportunity to reconnect with the world and its creatures. 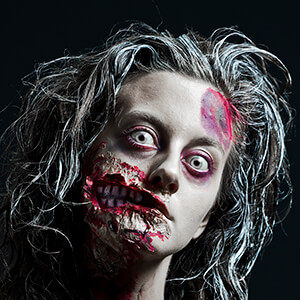 Creep It Real
Hoping for a harrowing Halloween? Be scareful what you wish for. Keep your adrenaline pumped and candy bags full with this collection of haunts and happenings. 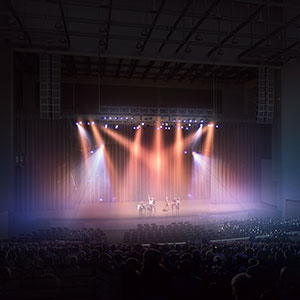 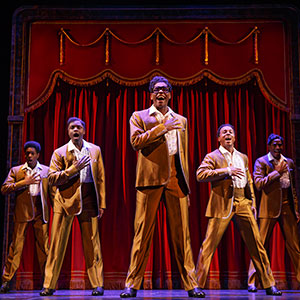