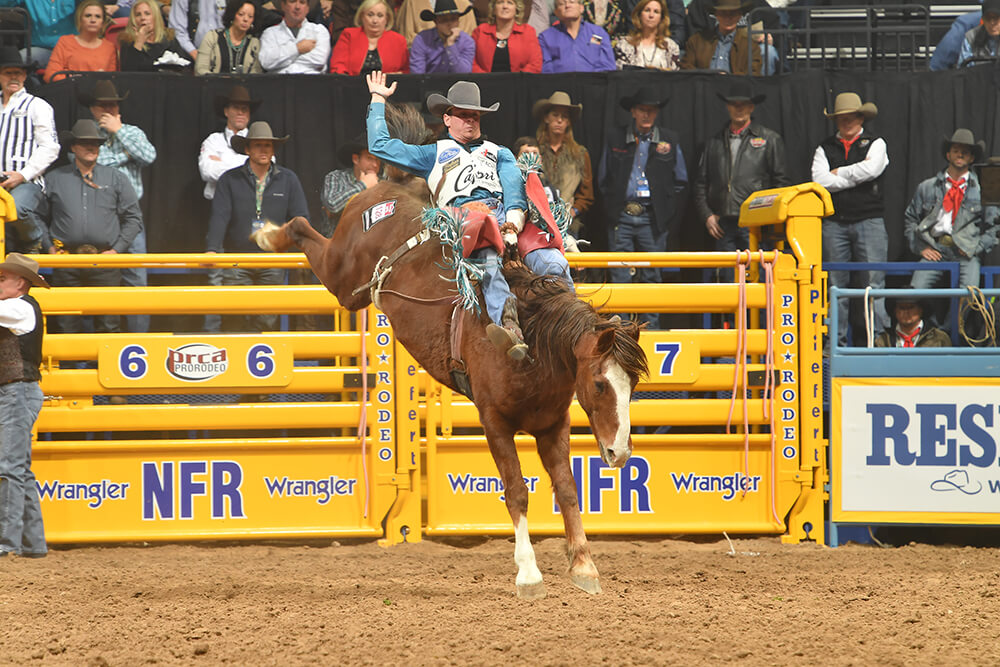 The Way of the West

Think you’re too “city” to follow the action at one of the rodeo events coming your way this summer? Brush up with our abridged guide to all the events.

Are you rodeo ready?

The sport of rodeo is one part wanderlust, two parts skill and gumption, and all parts cowboy and cowgirl. America’s romance with the more-than-centuries-old competition actually has its origins in the working ranch and cattle practices of our neighbors in Spain and Mexico. Each year, rodeo contestants traverse the nation with championship dreams and a healthy appreciation for the hard work it takes to get one. Lucky for us, Oklahoma is chock-full of opportunities to see those dreams in action at professional rodeo competitions across the state.

Think you’re too “city” to follow the action? Brush up with our abridged guide to rodeo events, and take a few minutes to catch up with the Professional Rodeo Cowboys Association’s Justin Shaw as he offers perspective on this one-of-a-kind sport, as well as his tip for getting the most out of your trip to a rodeo event.

Rodeo’s classic event pairs rider and saddled bronc for a lively Old West “dance.” With a braided rope bronc rein connected to the horse’s halter in one hand and a free hand to help balance himself, a cowboy marks out his mount from the chutes. Once the animal’s feet hit the ground, the rider works to match his spur strokes with each buck and jump. The horse is judged for power, speed and agility, while the rider is scored on his body control and spurring technique.

Bull riding is billed as rodeo’s most dangerous sport as cowboys often become targets once they dismount — whether by force or choice. Luckily, rodeo clowns are there to help distract and dissuade bulls from their marks. Committed to his ride by a one-handed hold on a bull rope (wrapped around the bull’s girth), contestants ride forward and “over their hand” to remain centered. Spurring is an option; however, staying aboard is the primary goal. A rider relies on leg strength, upper body control and a healthy dose of bravado to cover his heavyweight, yet surprisingly agile, counterpart. The cowboy’s score is based on his ability to stay in the middle and in control, whereas the bull earns points for its maneuvers and level of difficulty.

Racing the clock
It’s a race against the clock for cowboys and cowgirls competing in rodeo’s timed events — steer wrestling, tie down roping, team roping and barrel racing. A barrier — rope stretched across the opening to the arena from each competitor’s three-sided box — allows cattle a head start in the roping and steer wrestling competitions. When fractions of seconds matter, penalties can mean the difference between first place and last. For example, a 10-second penalty is given for “breaking the barrier” before it has been released; in team roping, a five-second penalty is tacked on for not roping both hind legs; and in barrel racing, five-seconds can be added to a rider’s time by knocking over a barrel.

Born from the ranching ways of old, tie-down roping showcases the ability of a cowboy and his horse to work together to rope and restrain a calf. After the roper drops a loop over the calf’s head, his horse stops and pulls the rope tight as the roper dismounts, runs down his rope, lays the calf down and ties three legs together. The clock stops when the cowboy throws his hands up after the tie. The calf must stay tied for six seconds after the contestant remounts or else he is disqualified.

Steer wrestling is an event of leverage, strength and coordination. While on horseback, a steer wrestler and his hazer, who rides on the right side of the steer, work in tandem to control the steer’s direction. Once into position alongside the running bovine, the steer wrestler slides down his horse onto the steer. The cowboy digs his heels into the ground and “wrestles” the steer off its feet by grabbing its horns, pointing its chin up and “tipping” him over. The time posts when the steer is down with all four legs in the same direction. An average run can range from three to 10 seconds.

Team roping is a two-person event in which a header and heeler work together to rope both ends of a steer. The header leads the chase after the barrier releases. After catching the steer by the head or horns, the header dallies (wraps his rope around his horn) and moves the steer into position for the heeler to catch the two hind legs and dally. The clock stops when the steer is stretched between the two facing riders.

An event traditionally dominated by women, barrel racing showcases the speed and agility of a horse and rider on a cloverleaf pattern around three barrels. In this race against the clock, contestants sprint into the arena and circle each barrel, being careful not to overturn them. Each run is timed within hundredths of a second, which makes even a little mistake costly.

Justin Shaw serves as media director for the Professional Rodeo Cowboys Association. Headquartered in Colorado Springs, Colo., the PRCA is the largest and oldest rodeo-sanctioning body in the world.

Q. With so many sports, activities and distractions vying for competitors and audience attention these days, how is rodeo faring?

A. Our demographic numbers indicate that our fanbase grew more than 20 percent between 2016-17, as there are now more than 43 million people who identify as rodeo fans. In a day-and-age when sports like the NFL and MLB are seeing declining attendance and TV ratings, rodeo continues to ascend. Our fans are among the most loyal and supportive in the world, and they have shown that support by continuing to break attendance records at many of our biggest rodeos over the past three years. The Wrangler National Finals Rodeo — the Super Bowl of rodeo — has taken place for 10 straight nights in Las Vegas each year since moving there in 1985. We’ve sold out every performance for the past 30-plus years at the event.

Q. What is it about rodeo that keeps people tuned in?

A. Rodeo is unlike any other sport on earth. The competitors are not paid a salary, pay for their own travel expenses and they pay to play. The competitors show up at a rodeo and pay entry fees, then all compete to win their share of the prize pool. There is no guaranteed payday, which means that a cowboy’s performance will dictate whether he leaves with a check or not. PRCA athletes really do compete for the love of the game, and that’s something which is relatable to the fans. The journey a cowboy takes from a rookie to a world champion is inspiring, and that speaks to the people as well. The amount of skill it takes to compete at a high level in any of the rodeo events requires many years of hard work in the practice pen, and the finished product that fans see keeps them coming back for more.

Q. What tips would you give folks for getting the most out of a rodeo event?

A. Our rodeos are more than just competition on the arena dirt — they are entertainment productions. There are announcers keeping the crowd involved and giving out information and rodeo clowns engaging with the fans and making them laugh. There is a whole music and video production element. Many rodeos have pyrotechnics and laser shows, as well as specialty acts in between events. It’s so much more than each ride and run. The main tip is take in the rodeo as a whole — it’s meant to be a unique experience that a fan can’t get anywhere else in the sports world. 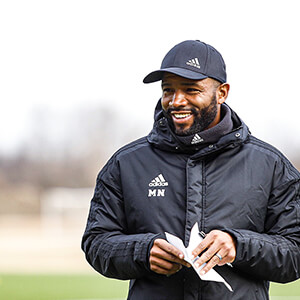 Kicking into New Gear
Players and coaches are excited about the mix of talent on the field, and the changes off it as the former Roughnecks organization begins a new era as FC Tulsa.