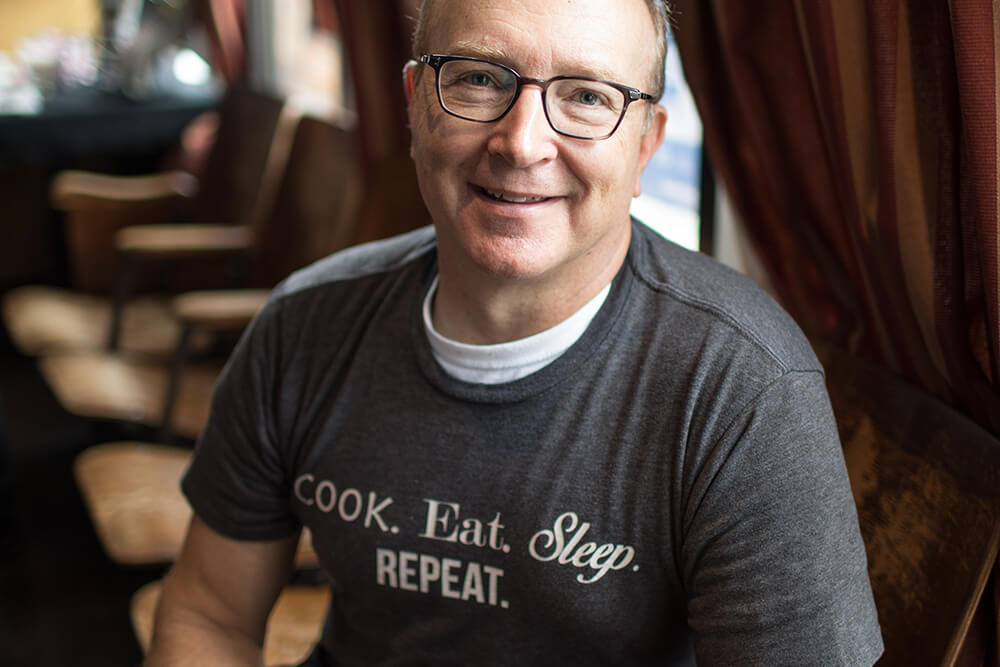 While the Tulsa Arts District has undergone many changes in the last 13 years, one consistent has been Jeff Castleberry’s commitment to serving up affordable comfort food at Caz’s Chowhouse.

Downtown Tulsa has seen a lot of growth over the last several years. It’s easy to forget the days not so long ago that a restaurant would justify closing for the entire Thanksgiving Day weekend because the area simply wasn’t busy enough to draw business.

Jeff Castleberry, owner of Caz’s Chowhouse in the Tulsa Arts District (formerly the Brady District), remembers those days clearly. Now in his 13th year in business, Castleberry has watched a lot of activity spring up around his restaurant, which once was on the edge of downtown but is now squarely in the middle of the action. But one thing that hasn’t changed is his commitment to serving up tasty, affordable comfort food in the heart of Tulsa.

Castleberry has always been interested in owning a restaurant, though he didn’t start out that way. He went to school in Stillwater, got a job, owned a business, and came to cooking a bit later in life.

“I went to culinary school as a pre-midlife crisis,” Castleberry jokes. “I was 27 or 28, and I had worked for Marriott in another division, not food service, for seven years, and had owned another business after that. And I’d always wanted to get into the food industry.”

Castleberry saved his money with the goal of one day owning a restaurant of his own. But then he got a piece of good advice, he says, from someone already in the business: start a beer bar first, get his feet wet in the industry, and use the profits to fund a restaurant when the time is right. Following that advice, Castleberry opened Caz’s Pub in 1995 — a bar which is still going strong and located across the street from the Chowhouse. (Learn more about Caz’s Pub on Page 66.)

“From there, the goal was to get into the food business,” he says. Through a bit of serendipity, he was able to look at the building where Caz’s Chowhouse now resides. Together with his wife, Amy, a fourth-generation restaurateur, Castleberry opened the restaurant in 2004 — and the rest is comfort food history.

“There really wasn’t anything like this downtown,” he says. “There was Nelson’s, but they were closing down when we were opening. [Nelson’s is now in the midtown area.] And there was [almost] nothing over on this side of downtown. There was Mexicali and Spaghetti Warehouse, and that was pretty much it.”

A comfort food venture in the area made a lot of sense, says Castleberry. And it’s still true today, because Caz’s is still one of the few places downtown where you can get a classic chicken-fried steak, pot roast, mom’s style meatloaf and a simple beer in a laid-back atmosphere where the waitstaff know the regulars, and the chef is always serving up your favorite homestyle meals.

With its convenient location near many downtown offices, Caz’s is busy at lunchtime, and with the Brady Theater and the BOK Center nearby, there’s a brisk dinner crowd as well. But it’s not just the location that brings people there again and again. Ultimately, it comes down to great food and great service, which Caz’s provides consistently.

“I always do the recipes,” says Castleberry. “I always like input from the people in the kitchen, and my wife and I sit down and develop the menu and fine-tune it and get to the point where we are now.” He uses organic, no hormone-added ingredients when possible. And customers can ask for vegetarian and gluten-free options when ordering; Caz’s will do its best to accommodate such requests.

In addition to Caz’s fan favorite chicken-fried steak, which has won awards and is one of the restaurant’s most popular dishes, the menu features many other entrees and sandwiches that are all filling, all tasty, and all worth trying. The chicken tenders are large and perfectly cooked, crispy batter on the outside, juicy chicken on the inside. The hand-cut fries are thick and fried just enough to taste good without losing their softness.

Then there’s the chicken and biscuits — Castleberry’s take on the chicken potpie, without the pastry crust. Instead, Caz’s mixes all the classic potpie ingredients — chunks of tender chicken, peas, carrots, mushrooms and rich homemade skillet gravy — and sandwiches them between mashed potatoes and five-inch homemade biscuits. The portion is enormous and so tasty.

The rib-eye steak is also one of their more popular items. The generous 12-ounce steak is marbled nicely and retains a deliciously rich flavor. All the steaks are cut in-house by Castleberry. “It’s a premium product for its price,” he says. “We cut it, let it age a bit, then season it and serve it to your liking.”

Other favorites include the Cuban sandwich, Cuban style turkey sandwich, Mom’s Meatloaf, Pop’s Pot Roast and the southern-fried catfish. All are generously sized and have that grandma’s kitchen flavor you want your comfort food to have. The full bar serves a good variety of local beers and ales, as well as several specialty cocktails that are exclusive to Caz’s, such as the popular Lemon Berry — a hard lemonade-style drink made with fresh strawberries, lemons, Ketel One Citroen and Ciroc Red Berry.

Castleberry says that Caz’s also does a brisk business catering, something that allows him to be creative and do speciality items. “We just did a construction site catering for 75 — chicken-fried steaks,” he says. “Tonight, I’m doing a little appetizer catering for 30. Tomorrow we’re doing a charity event for 125, doing rib-eye and tuna. Friday night, we’re doing sliders for 300. It varies greatly. But that’s the nice thing about it. It can be different. It doesn’t have to relate to our menu.”

For the holiday season, Castleberry recommends buying tickets for the neighborhood’s Nog-Off Contest, a competition between area restaurants over egg nog recipes, held on the same night that the holiday lights are lit for the first time on Guthrie Green. “The money we raise goes to the Emerson Elementary School arts program,” he says.

Making a visit or several to downtown Tulsa is worth the drive, says Castleberry.

“Come down and support the area. Come down and check it out,” he says. “If you haven’t been down, come and walk around because it’s an amazing difference. There’s always something happening down here, shows to go to, free things to do. It’s been really exciting.” 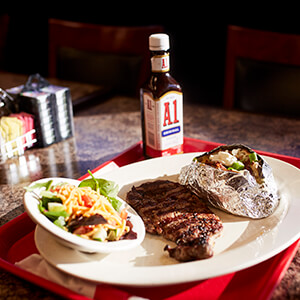 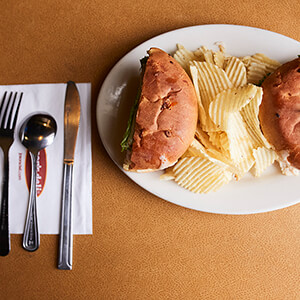 Deli-licious
While the deli culture in Tulsa isn’t as robust as in New York City, Jason’s Deli gives fans of the Big Apple a run for their Reuben. 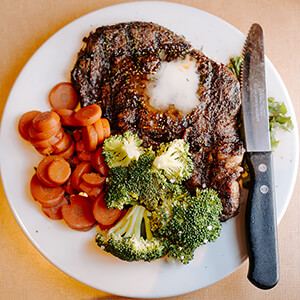 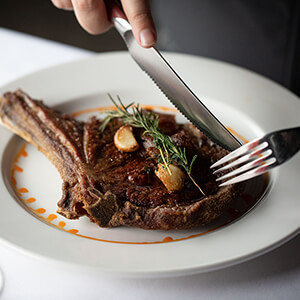 Cuts with Class
A meaty mecca in downtown Tulsa, PRHYME provides carnivores a cause for rejoicing with its impeccable aging and sourcing, sensitivity to acute flavors, and an incredible wine list.