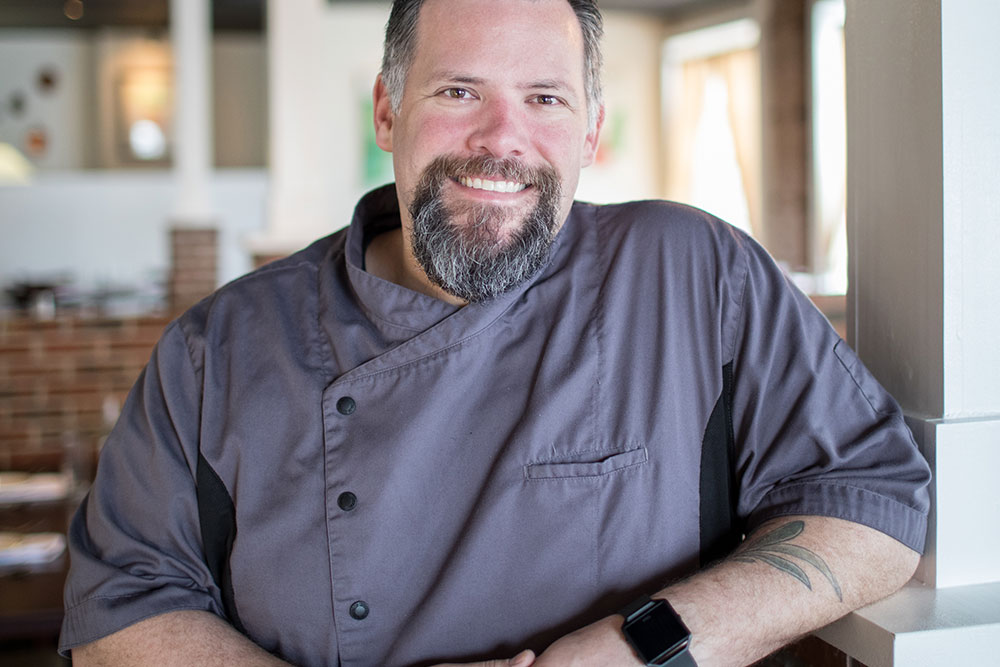 If you’ve had a great meal in Tulsa over the last 15 or so years, chances are that Justin Thompson had a hand in it somehow.

Justin Thompson is the head of the JTR (Justin Thompson Restaurants) Group in Tulsa, which includes PRHYME Downtown Steakhouse, 624 Kitchen and Catering, Tavolo Restaurant and Italian Coffee Shop, and Juniper Restaurant in the Blue Dome District.

All four restaurants enjoy a wildly successful presence in the downtown dining scene, thanks to Thompson’s in-depth culinary knowledge and decades of experience in the food and beverage industry.

Although he studied philosophy and zoology in college, Thompson always found himself gravitating back toward cooking and developing taste. “Every job I’ve ever had has been in the restaurant business, and cooking gave me more of a sense of both accomplishment and community involvement than anything else,” says Thompson, “and it’s the community that drives me. Giving back and being a contributing member of the downtown and greater Tulsa community makes me feel like I have a purpose.”

Thompson has been in and around the kitchen since he was 16 years old, working at corporate restaurants throughout his high school and college days. Then in 2002, he became the sous chef at Utica Square’s Polo Grill before being challenged six months later to develop Ciao, Baby! on Brookside; he was only 23 years old at the time.

“I’ll never forget my first day on the job at Ciao,” he says. “I arrived to find a construction site and no one else around. I called the owner and asked if she had a crew working on building it out, but she just said, ‘That’s what you’re there for, Justin. If you want to be the chef, you’ve gotta build it first.’ I took the challenge and spent the next four months piecing together what I thought a restaurant needed.”

In addition to Ciao, Thompson opened many more Tulsa restaurant concepts under other leadership, including Osage at Gilcrease Museum, The Brasserie, Sonoma Bistro & Wine Bar, and Duke’s Southern Kitchen.

Then, in the summer of 2011, Thompson decided to step out and open the first of his successful JTR concepts — Juniper Restaurant. He built the place from scratch with the help of his father.

“We framed and sheetrocked all the walls, painted, designed and built the wine cooler, and had big piles of repurposed brick laid inside,” Thompson says. “Juniper was the place I’d been dreaming of opening for years and years. It’s kind of my baby.”

Juniper is an intimate bistro specializing in American cuisine with heavy French and European influences. If you’ve been to Juniper once, you’ve probably gone back multiple times, as both the food and the atmosphere are stellar.

After Juniper was established, Thompson and a mixture of different investors and culinary enthusiasts got together to develop Tavolo, 624 Kitchen & Catering, and PRHYME. The food menu and drinks at each restaurant are meticulously crafted to be the very best in the culinary area they represent.

“Tavolo is the urban eatery you’d find in a back alley in Chicago,” Thompson states. “It’s exposed brick walls and 25-foot high ceilings give the space the perfect balance of cool and laid back. Our food is my interpretation of Italian cuisine. We feature handmade [never dried] pastas made fresh daily, risotto, housemade desserts and probably the best bruschetta in town.

“624 Kitchen & Catering is the special event arm of our restaurant group. The event space is the perfect combination of elegance and history, as it was one of the first Art Deco buildings in downtown Tulsa. 624 Kitchen & Catering specializes in many different kinds of foods. We’ve done Italian, French, farm-to-table, Asian, German, modern American, and everything else in between as a plated dinner or buffet style setup. We are also known for our monthly Sunday brunches, which are based around what is fresh and in season.”

“We proudly boast that we use only USDA Prime beef for all of our cuts, and we also take the time to develop dishes other than steak,” he says. “There are currently three certified sommeliers on staff who are exceedingly knowledgeable about wine and beverages to pair with your food selection. And the bar is an up-pace and exciting place to be Monday and Tuesday, which are our half-price bar nights.”

All four of Thompson’s restaurants have garnered awards and recognition for excellence in concept and taste. Thompson himself has also been recognized as one of Tulsa’s best chefs. He’s served as operating chef for the Philbrook Wine Experience and was once the featured chef for a fundraiser dinner for former President Bill Clinton.

“It’s been a wild ride opening 10 different concepts, but I’ve learned a lot, had a lot of fun, and gotten better with age, I think,” says Thompson. “Taking the time to teach what I’ve learned over the years to my staff is the most rewarding thing about my job now, and coaching has become my most fulfilling pastime at work.” 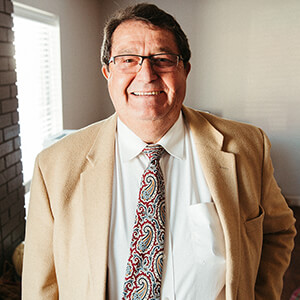 Top Docs
Beyond the physicals and well-person exams you'd expect at a clinic that offers primary care, the Carey Clinic provides other services that zero in on some of the most common issues families face. 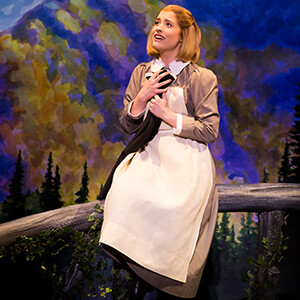 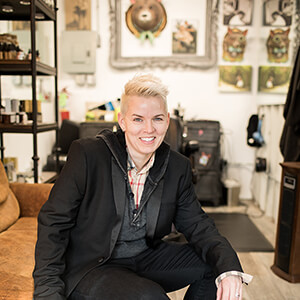 Hair Majesty
Part old-school barbershop and part hip-destination salon, tonsorial Barbershop is the brain child of Crystal McDaniel, who prides herself on excellent hairstyles for those who love short hair. 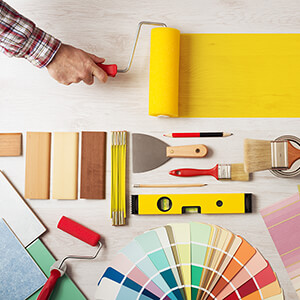