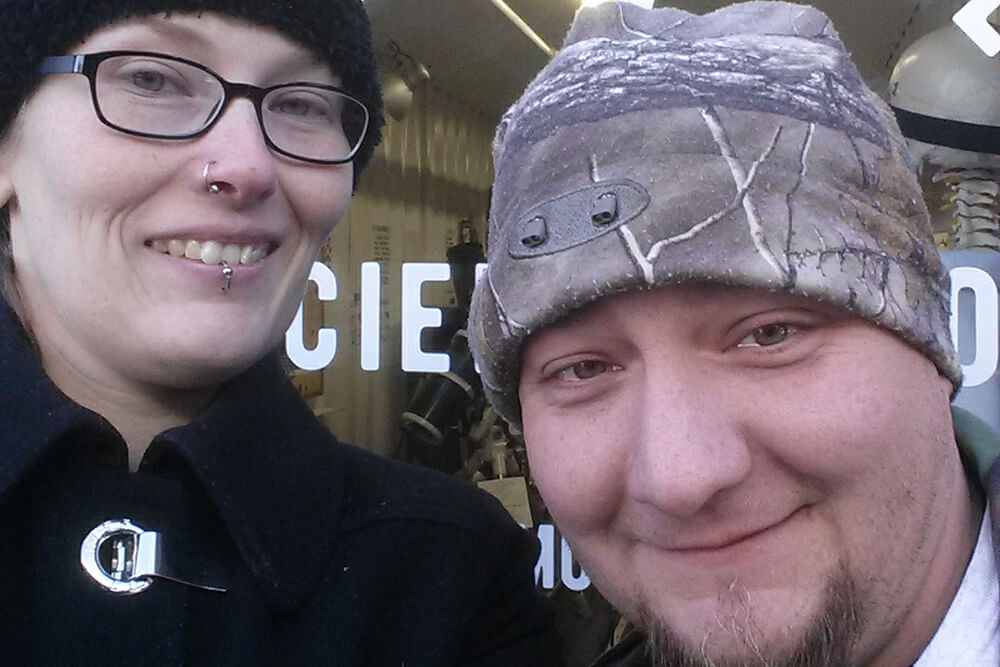 The Mission: So providing an envelope of cash and telling people to spend it in 48 hours isn’t exactly a challenge, but it makes this assignment sound a lot more interesting. Spend $91.80 (we used the local area code for the amount) in two days. And if they could find fun and free activities ... bonus. The only catch was that they had to spend it at places, events or shops profiled in the January issue of Preview 918.

The Team: Roxanne and Kevin Roark

When we decided to take the $91.80 challenge, we wanted to make sure that we stepped outside of our comfort zone by trying some new places and hoping that people reading about our trip might want to as well.

Stop #1: We decided to go to dinner and a movie, so we decided on Shiloh’s. When we got there, it was bigger than I thought it would be, but very laid back and cozy. The staff was very friendly, and once we got to our table, we were served some wonderful rolls. The food is the old-home-cooking type which I adore. Kevin got an onion burger, and I ordered the chicken and dumplings. Kevin’s burger was good, but my soup was creamy and perfect for the ridiculous cold weather. They also offered pie and desserts, which looked perfect, but we had other dessert plans.
Cost: $34

Stop #2: We also wanted to check out Broken Arrow’s Rose District since we hadn’t been in a long time. We went to Romeo’s Espresso Cafe, but it was closed. So we headed to Nouveau Atelier de Chocolat for some handmade Belgian chocolate.

On our way, we passed an interesting statue of two cowboys shaking hands that I just had to take a photo of because we’re Single Action Shooting Society members. It was called Binding Contract.

From Nouveau we ordered an eight-piece box to share. Kevin tried the Belgian mocha. I had a hot tea. The chocolate was wonderfully smooth with some delicious flavors. I suggest the Oil Fire, and Kevin says you should get the Ireland. The shop was cute, and we will most likely be back for gifts.
Cost: $24.88

Stop #3: We got to the Warren Broken Arrow 18, but when we tried getting seats to see The Greatest Showman, they didn’t have any seats left that were together. So we hightailed it over to Cinemark Broken Arrow where they had a showing about 30 minutes later. We managed to get seats using their self-ticketing machines outside. And of course, we had to get some popcorn and drinks before the movie started. We were a little late, but our seats were good enough. The show was great, theater was clean, and the bathrooms had plenty of stalls, which every woman likes to know.
Cost: $32.32

Stop #4: The next day, we realized we still had about $10. Kevin had never been to The Boxyard in downtown Tulsa. It was still F-R-E-E-Z-I-N-G outside, so we were glad The STEMcell Science Shop was open and warm on a Sunday. The store, like the rest of The Boxyard, is made from shipping containers. It was tight quarters with the eight or so other people in there, but the shop is just so cute and calls to my inner nerd. They have mugs depicting the chemical composition of coffee on them, glass tumblers featuring famous scientists, magnets and minerals. One of the coolest items were nearly microscopic star fossils in a test tube. We couldn’t choose just one thing, so we ended up getting a T-shirt for our son, and spending a few dollars of our own money. If you haven’t been, you need to go to STEMcell.
Cost: $13.02 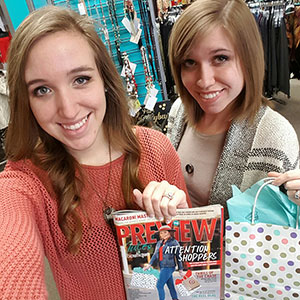 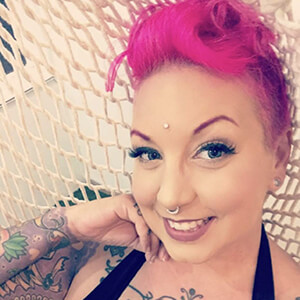 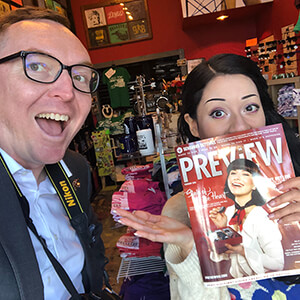 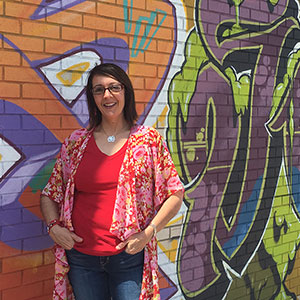