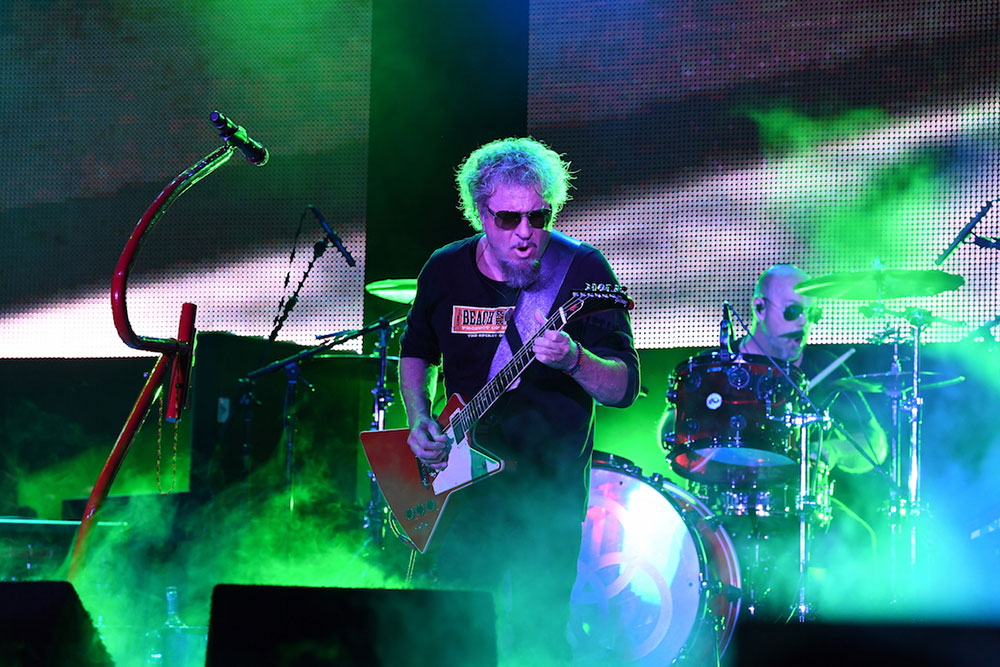 With over four decades of music to select from, the nearly 70-year-old Sammy Hagar is still proving there’s only one way to rock.

Sammy Hagar already had a successful career, first as the vocalist of Montrose, then as a solo artist, before taking over for David Lee Roth as the frontman for Van Halen. Known as the Red Rocker, Hagar has 25 platinum albums to his credit as well as some of the greatest rock anthems ever recorded, like “I Can’t Drive 55” and “Your Love Is Driving Me Crazy” and “Give to Live.”

A career in rock music that has spanned four decades would be enough for most, but Hagar is so much more than that. He is a two-time best-selling author with his memoir (Red: My Uncensored Life in Rock) and lifestyle cookbook (Are We Having Any Fun Yet?). He is a successful restaurateur with the Cabo Wabo Cantina, Sammy’s Beach Bar and Grill, and Sammy Hagar’s Red Rocker Bar & Grill in Memphis, as well as the entrepreneur behind Cabo Wabo Tequila, Sammy’s Beach Bar Rum, and now, partnered with Adam Levine, a new liquor, Santo Mezquilla.

Hagar appears in the AXS TV show Rock & Roll Road Trip with Sammy Hagar. He has become an in-demand speaker on entrepreneurship alongside his friend Warren Buffett. Hagar is well-known for his philanthropic efforts, including an annual benefit concern with Metallica’s James Hetfield known as Acoustic-4-ACure for children’s brain tumor research.

Hagar will be appearing at Paradise Cove in River Spirit Casino & Resort with his band The Circle, featuring Michael Anthony, Jason Bonham and Vic Johnson.

Somehow, with all that going on, Hagar found time for a conversation.

Q: How do your California roots shape your music?

A: It’s been pretty much in my songwriting style since Montrose, and we are credited a lot as one of the pioneers of the California hard rock sound. My main home is still the first house I ever bought in the San Francisco area so there’s a lot of memories and history here for me — driving down the beach highways with the roof down, cranking up the rock ‘n’ roll, parties at the beach or climbing to the top of the mountain. It’s all pretty rooted in me.

Q: Tell us about the origin of the name of your current band, The Circle.

A: We call ourselves the Circle because this band (Michael Anthony, Jason Bonham and Vic Johnson) has kind of taken me full circle in my career because I can play from every era, from Montrose to Van Halen to my solo stuff, Chickenfoot and some Zeppelin with Jason on board.

Q: Your career has been consistently successful for 40 years with platinum albums and tons of hits. What has made you so successful?

A: Passion and a lot of hard work. One secret to my success is that I do the things I love to do. I play music for the love of playing music. I don’t play music for business anymore; I play because it’s still so much damn fun and fans can feel that.

Q: With 40 years of fantastic music behind you, how do you narrow that down into a playlist?

A: The Circle is cool because it lets me play from every phase of my career. Onstage, we’re playing off the energy of each other and especially the audience, so it’s got to be packed with the hits and a few of the unexpected songs that get fans excited.

Q: Your philanthropy centers on children’s medical care, the arts and homelessness. What motivates you to focus on those?

A: Growing up, my family would often depend on food banks. The first time I ate at a restaurant, I was like 20 years old. That feeling of food insecurity never really leaves you, but now it’s become a passion to help alleviate other people’s hunger, especially kids. In every city we play, I donate to the local food bank, and I donate my profits from my airport and casino restaurants back to the local communities that they’re in. Last year we added up how much we’ve given back over the years through The Hagar Family Foundation, Acoustic-4-A-Cure, and seeing it’s reached several million dollars was one of the coolest feelings I’ve ever experienced because I know we’re impacting and changing a lot of lives.

Q: What prompted you to release a cookbook? And is it possible to throw a successful party without it?

A: After my memoir, I realized that fans wanted to learn something about me that they didn’t know — like when I’m not making music. You don’t have to be a rockstar or have a billion dollars to live well. The things I love to do with my wife, kids and friends — like cooking, eating well and drinking — everyone can do that but they might not know where to start, so my book is like a manual for them, and it’s also packed with great personal stories and photos. You don’t need my book, but it’ll sure as hell make it more fun.

A: I see it really as an extension of my own lifestyle that I share with my fans. It all happened organically, and I think that’s why it’s always connected so well. I’m not trying to sell a bunch of crap with my name on it. It all started with Cabo. I fell in love with a sleepy little fishing town with no telephones or TVs in the early ‘80s and I had this crazy dream to build a restaurant-nightclub where I could play music. That’s how the Cabo Wabo Cantina was born. The music, tequila, Sammy’s Beach Bar Rum and now Santo Mezquilla are all things I’m passionate about in my own life. Adam Levine is my partner in Santo, and people ask me if we met in Hollywood or in some corporate boardroom, and that cracks me up. He bought a place down in Cabo and called me one day. The next thing you know, we’re jamming at the Cantina and then inventing a whole new agave spirit.

Q: You’ve played with Michael Anthony since Van Halen, but how did you hook up with Jason Bonham?

A: I met Jason when I played near his home in Florida. I saw him sitting on the side of the stage and went over and asked him if he wanted to play and he said yes. So as I was walking him over to the drums, we discussed playing a couple Van Halen songs and a couple Led Zeppelin songs. My drummer got up and handed him the sticks and we started playing. He’s been in the band ever since. He is an amazing drummer just like his father [John from Led Zeppelin].

Q: You came to Oklahoma after the 2013 EF5 tornadoes that devastated Moore to help raise money. How did that come together?

A: Toby Keith’s a great friend of mine, so when he asked me to play his Oklahoma Twister Relief Concert, it was an immediate yes. [The concert raised over $2 million for the United Way.] These natural disasters have become a part of life for us. We’ve made it through two hurricanes in Cabo, and what I’ve experienced and seen is that the effects are devastating. But then the communities start banding together and battling back. It’s inspiring. 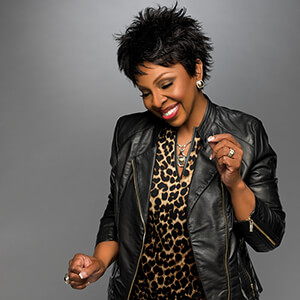 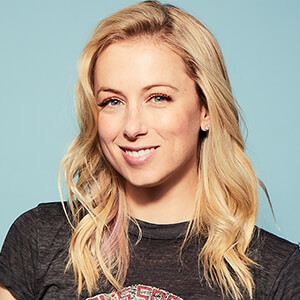