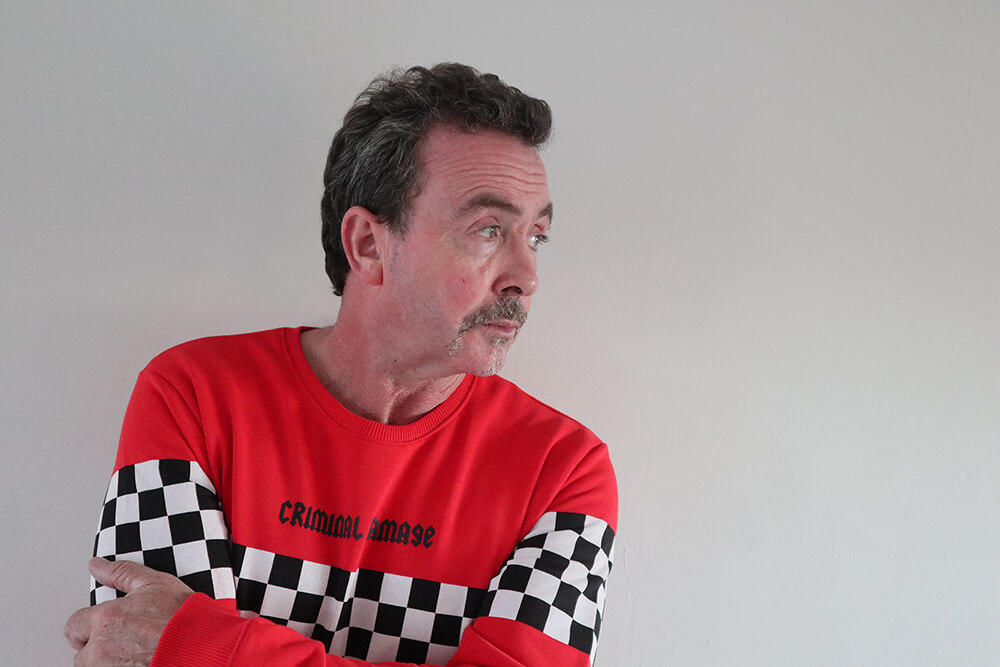 Coming to terms with the loss of his best friend and bandmate in The Outfield, Tony Lewis is again sharing “Your Love” with audiences after a 14-year stage hiatus.

You’ve been listening to Tony Lewis’ clear, powerful, high tenor for decades. His voice calls to you when you remember the line “Josie’s on a vacation far away. Come around and talk it over” from The Outfield’s 1986 hit “Your Love.” The band he co-founded with John Spinks, The Outfield, took the ‘80s by storm with hits like “All the Love,” “Since You’ve Been Gone,” and “Voices of Babylon.”

The band released their first album, Play Deep, in 1985. It went on to achieve triple platinum status and hit the top 10 in the album charts. The breakout favorite, “Your Love,” has been covered or remixed by more than 1,000 other artists, has been heard on multiple commercials and included on too many ‘80s compilation albums to count.

Lewis took a break from music when Spinks died in 2014. The death of his longtime friend and collaborator hit him hard.

Lewis returned with 2018’s Out of the Darkness, an album that pays tribute to The Outfield while staking out Lewis’ claim as a solo artist.

He called Preview 918 from his home in London to talk about his past, future, and upcoming concert at River Spirit Casino.

Q. Tell us about Out of the Darkness.
A. Do you know about the passing of John [Spinks]? I didn’t even want to listen to music, let alone play guitar for a year to 18 months. One afternoon my wife said to me, “What are you doing with your days? Get your head in the game. Get back to doing what you do best.” I had some backing tracks already made in my home studio, but I’d been struggling with lyrics. My wife put some words together, and I put them with the backing tracks, and that’s how it evolved. That’s how it came to life.

Q. For the Tulsa show, what can fans expect?
A. Fans can expect a lot of The Outfield hits but also some of my stuff including songs from the new album. The new songs are getting greatly received. Because the U.S. is a big country, not a lot of people know I’m out here. I’m starting from the grassroots level again. The first real show I did last year was the “Retro Futura” tour with Belinda Carlisle headlining. I hadn’t toured for 14 years. I didn’t know if I could sing live again, but I found I can still do it. Fans can expect an excellent, loud, vibrant show with my favorite song at the end of it, “Your Love.”

Q. The music business has changed so much since the ‘80s. How do you keep up?
A. I think it’s changed for the better, somehow. The 1980s was a great decade. It was great for music. The songs were very, very optimistic. It was a bit like the ‘60s, a generation of great songs. For Johnnie and I, it was great to be on the radio charts with Bruce Springsteen and Madonna. Where we came from, the east end of London, we came from pretty much nothing, so the ‘80s were kind to us. I think technology has moved for the better now. The technology for videos is ridiculous; now you can make a video on your phone.

Q. Who were some of your musical influences?
A. I was very influenced by The Beatles, The Who, The Kinks, and some bands from the ‘60s that had big harmonies. I was also very impressed by the glam rock of the ‘70s like T-Rex, Slade, and even Alice Cooper. It was a fun time to be growing up in England, in the ‘60s and ‘70s. And I think that just came out in our music.

You can’t beat The Beatles’ harmonies. They were amazing musicians. They weren’t just four lads from Liverpool who did well; they were great people.

Q. How did you deal with Spinks’ death?
A. It was tough. Losing my mum and losing my dad was hard enough but losing John as well, it was like losing my big brother. We shared stages for the best part of 40 years. We loved each other, but we also fought. We fought like cats and dogs most of the time. It was difficult coming to terms, especially that first show at “Retro Futura.” The first time I went onstage on my own and didn’t see him standing on my right was difficult.

Q. What do you think makes “Your Love” so enduring?
A. I don’t know. No one sits down trying to write a hit song — it just happens. It was written in 20 minutes in John’s flat. We’d come home from work; and any spare hours we had outside of work, we’d go to the studio and record demos and write songs. I’ve still got the original lyric sheet. I’ve never thought that 35 years later, it’d still be getting this much attention.

Q. Do you have another album in the works?
A. The industry’s more geared to EPs now — four or five-track EPs. So, I’m going into the first mix of a new one this week that I’m calling More Than I Dared. It should be on the internet, streaming by the end of this summer, or maybe the start of 2020. 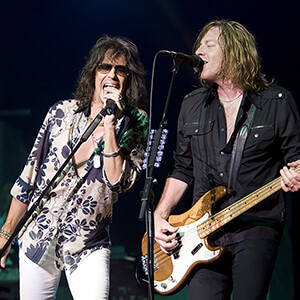 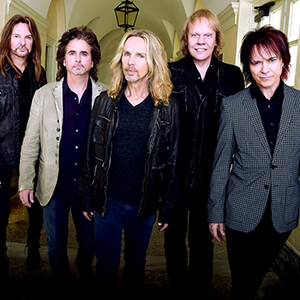