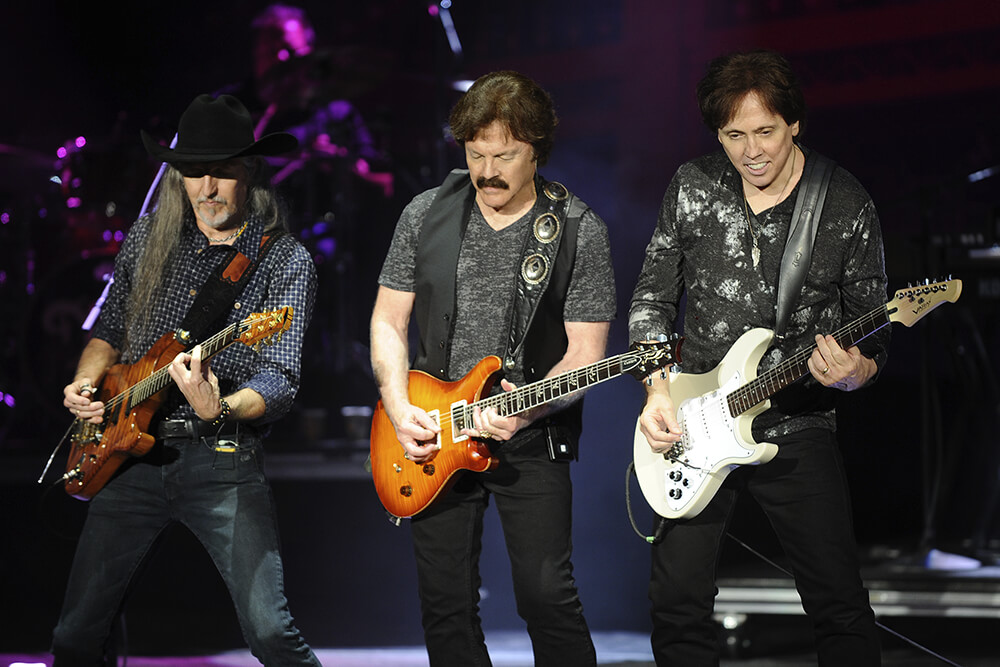 The Doobie Brothers are stamped indelibly on the American cultural consciousness. You’ve heard them on the radio, on TV, and in movies. With timeless singles like “Listen to the Music,” “Black Water,” “What a Fool Believes,” “Takin’ It to the Streets,” “You Belong to Me,” and more, The Doobie Brothers have sold more than 48 million records worldwide, including three multi-platinum and seven platinum. They’ve earned four Grammy Awards, and were inducted into the Vocal Group Hall of Fame in 2004. Their music continues to be relatable, connecting with people’s lives through generations of fans.

The Doobie Brothers began in 1969 when percussionist John Hartman got together with singer/guitarist Tom Johnston and bassist Greg Murphy. At that time, the trio was called Pud and their first album was released in 1971. By that time, Patrick Simmons had made the trio a quartet and the band changed their name to The Doobie Brothers. It was a name many in the band disliked and planned to change at some point.

Since then, the band has undergone several personnel changes including Michael McDonald handling vocals and keyboards, but the high quality of their music and playing has never wavered.

Simmons took time from the touring schedule to talk with Preview 918.

Q. The music industry has changed so much since the late-‘60s/early-‘70s. How has The Doobie Brothers changed with the times? How have you stayed the same?
A. We have become somewhat media savvy. We have a website and a very active Facebook audience as well as Twitter. We approach all of our recording these days using a digital format, which includes recording platforms, digital instruments, plugins, etc. We still release a lot of our music on vinyl so we keep the aspect of analog alive. And of course, as musicians we play real instruments: guitars, drums, keyboards and so on. We have continued in a traditional vein.

Q. Your audience is made up of generations of fans. Why do you think that is?
A. There is a twofold reason. We continue to appeal to our core audience, which passed on their music to their children and their grandchildren. The other reason is media, the internet, and films are still playing our music.

Q. Who are some of your musical influences?
A. As a kid, I listened to some traditional music like Chet Atkins, Lead Belly, The Weavers, and Johnny Cash. At the same time, I listened to a lot of rock ‘n’ roll, like the Everly Brothers, Bill Haley and the Comets, Chuck Berry, Duane Eddy, Ricky Nelson, and Little Richard. Later I really got into the blues, B.B. King, Paul Butterfield Blues Band, Howlin’ Wolf and of course all the ‘60s music like the Beatles, Rolling Stones, Jefferson Airplane and Moby Grape. I could go on forever.

Q. You’re touring worldwide and doing roughly a hundred shows a year. How do you keep up that pace for decades?
A. Easy. That’s half of the dates we used to do. I try to take care of myself physically, eat the right foods and exercise.

Q. The Doobie Brothers are known for quality, relevant music that resonates with people. How do you manage to put out that kind of music so consistently?
A. I wish it was all as easy as that. We work hard at doing what we do, and we still love playing. We are working on new stuff right now that we are really excited about.

Q. What can you tell us about this tour?
A. As headliners, we will be playing longer and be able to add more songs from all the various eras.

Q. What’s next for the group?
A. We recently played two nights at the historic Beacon Theatre in New York City. We recorded and videoed both nights and it’s coming out this year. We played Toulouse Street (1972) and The Captain and Me (1973) front to back just as we recorded them. We have a great bunch of players, including Billy Payne on keys and an amazing horn section led by our own sax player, Marc Russo.

More recently we have begun recording new songs for another upcoming release. We’ve been working with producer John Shanks, known for his work with Bon Jovi and Melissa Etheridge, among many others. Tommy [Johnston] and I have been writing with John and think we have some great songs. We are really happy with what we’ve come up with. They probably won’t be released until early 2020.

Q. If you could go back to 1970, what would you tell The Doobie Brothers just starting out?
A. Don’t get taken advantage of, and hold on to your publishing. There are many unscrupulous characters in the music business and they’re always trying to talk writers out of their publishing. Don’t sign away your publishing. 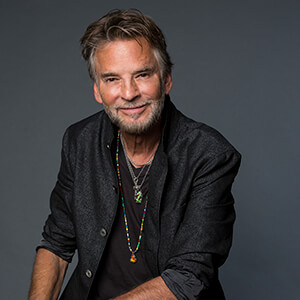 Q&A: Kenny Loggins
Kenny Loggins continues to demonstrate is his ability to use music to take a crowd on a journey not just through his career, but also through his life.