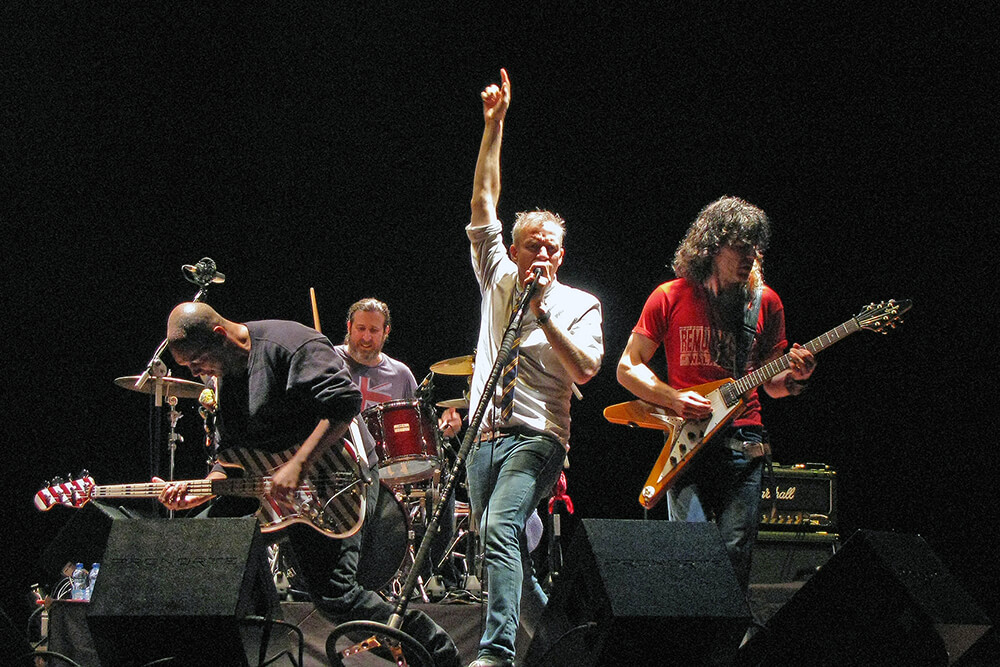 Thirty years is a rock ‘n’ roll eternity for bands. But the surviving Spin Doctors have never been a band for backslaps and self-congratulation.

In the early ‘90s, you couldn’t escape the Spin Doctors. Darlings of the college rock and jam band scenes, the group scored a pair of massive hits with “Little Miss Can’t Be Wrong” and “Two Princes” as MTV and alternative rock radio embraced the band, launching them into the mainstream.

Ironically, the band toured for over a year behind its major label debut, Pocket Full of Kryptonite, before it took off, leading Eric Records to push the band to return to the studio to start work on a follow-up. Despite the push, the band opted to stay on the road and when a station in Vermont picked up on “Little Miss Can’t Be Wrong,” the single (and subsequently, the album) caught fire, making Spin Doctors one of the most popular bands of 1992-93.

Although the follow-up album, Turn It Upside Down, only scored a minor hit with “You Let Your Heart Go Too Fast,” fans still devoured the album. But shortly after its release, things started going south. Guitarist Eric Schenkman departed in the fall of 1994, and a series of personnel changes ensued before the band splintered around bassist Mark White leaving in 1999 and vocalist Chris Barron experiencing vocal cord paralysis in 2000.

The original band reformed for a few performances in 2001 and 2002 before getting back together full time.

With the Spin Doctors’ current summer tour bringing the band to the Skyline Event Center at the Osage Casino Hotel on Aug. 17, drummer Aaron Comess reflected on the band’s history and answered a few questions.

Q. From the very beginning, Spin Doctors straddled a handful of genres or classifications. Where do you see the band fitting within the music spectrum?
A. We always focused on writing good songs and keeping our musicianship at a high level. We tend to mix things up, stretch out live, and always have. But first, we always focus on the song. We never paid much attention to how our music is labeled and try to keep the quality high.

Q. How much pressure did the first album’s success put on the band heading into the sophomore album?
A. There is always pressure to follow up that level of sales, but we did our best to ignore it and make a record that we liked.

Q. Spin Doctors were part of the 1992 H.O.R.D.E. Festival. How did that come about, and how did you get involved?
A. The idea was to get a bunch of bands that did well in different parts of the country together and play bigger venues that none of us could on our own. We played a bunch of shows with Blues Traveler, Phish, Widespread Panic, Aquarium Rescue Unit, and Béla Fleck, and changed the order of the bill depending on the parts of the country we were in. It was a lot of fun and a big success.

Q. The band splintered in the late-‘90s. What brought the band back together again?
A. I got a call asking if Chris, Eric, Mark and I would get together and play one of the final shows at the Wetlands [a nightclub in New York that closed in 2001]. It seemed like a great idea as the Wetlands was a place we came up in and our first live record [Up for Grabs…Live] was recorded there in 1991. I called the guys, and no one wanted to say no. It was a great night, and we had a lot of fun. That was the beginning of us getting the band back together.

Q. Are there plans to release new music?
A. I hope we will make a record in the next year or so.

We were fortunate to come up in what may have been the golden age of the record industry. You had the compact disc coming out and everyone going back and repurchasing old records on CD, which was putting a lot of extra money into the industry. MTV was also helping sell massive amounts of records. I feel fortunate to have been in a band that was part of that time.

Things are a lot different now, in some ways better and some worse. It’s undoubtedly harder for up-and-coming artists to make a living as things are now. The good news is, no one is out trying to get a record deal, so I see more originality in music rather than bands trying to do what is popular to get a deal. We always did what we did, and our goals were to make great music and make a living doing it our way. That’s still our goal.

Q. What’s the secret to band chemistry and being as electric and fiery as ever, 30 years into your career?
A. Go for steak dinners together, work hard on your craft individually, and continue to grow as musicians. When we get onstage, we take no prisoners as a unit.

Q. What’s the one thing, ideally, that you would still like to accomplish as a band?
A. Our goal is precisely the same as it was when we got together — make great music, make a living doing it, and don’t worry about what anyone else thinks. 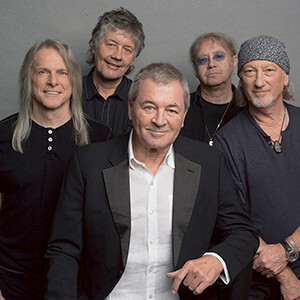