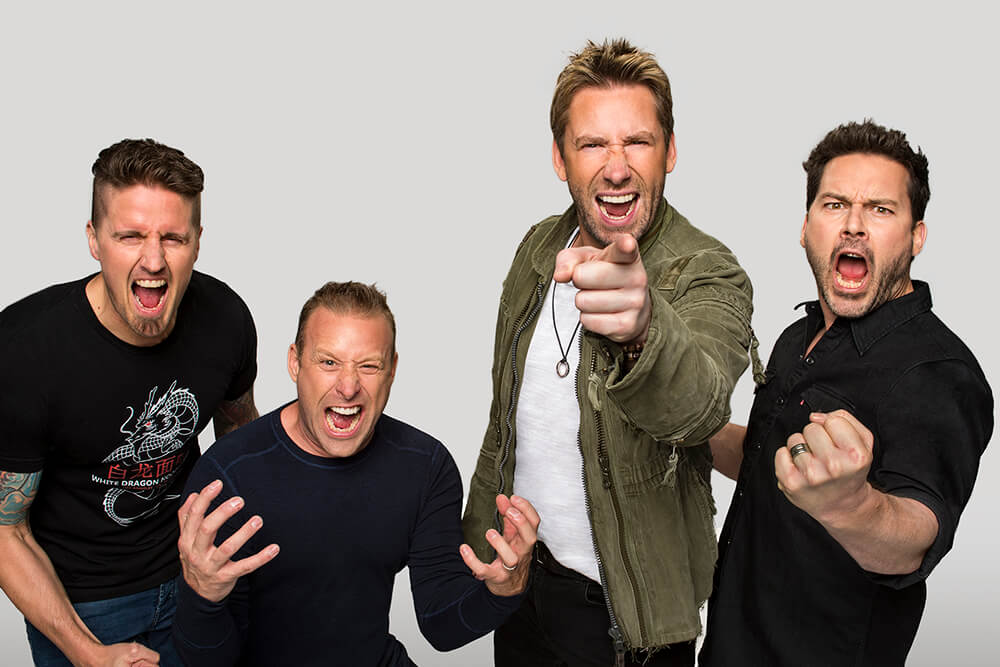 Love them or hate them (and there are plenty on both sides), Nickelback is undoubtedly one of the most popular and profitable rock bands of the 21st century.

The Canadian quartet simultaneously has been the constant target of professional and wanna-be critics who hate their sound, lyrics, look, and success. In 2011, more than 50,000 people signed an online petition to protest the fact that Nickelback had been hired to play the halftime show at the Detroit Lions’ Thanksgiving game. (They played anyway.)

But the ironic thing is not everyone thinks that Nickelback is terrible.

Brothers Chad (lead vocals and guitar) and Mike Kroeger (bass) founded Nickelback in 1995 along with Ryan Peake (guitar and keyboards). With drummer Daniel Adair joining in 2005, the current lineup has been touring and recording, selling more than 50 million albums. Known for hits like “How You Remind Me,” “Photograph,” and “Rockstar,” Nickelback continues to defy categorization and collect top-selling albums and chart-topping singles. According to stats released by BMG Music, Nickelback is the 11th best-selling musical act of all time, and the second best-selling foreign group in the United States, behind the Beatles. The band claims 11 sold-out international tours, and over 8 million people have purchased tickets to their concerts.

“We’ve never really been a critics’ darling or anything like that,” Chad told Billboard, in 2011. “The people speak. We sell a lot of records and fill a lot of arenas, and we don’t hear many complaints.

“All these critics, they’re just tireless. They keep ragging on the band. If they had stopped writing all this stuff about us, there would be no controversy left in the band, and we probably would have died out years ago. They don’t know that they’re still responsible for us being around today.”

Mike took time from the band’s touring schedule to talk with Preview 918 ahead of their Aug. 16 engagement at River Spirit Casino Resort’s Paradise Cove.

Q. So, you’re the one laying down those great driving beats, right?
A. That’s the propaganda I like to spread, yes.

Q. It’s been more than 20 years since your first full-length album (Curb). What’s changed for the band since 1996?
A. So, for the band, one line-up change. We changed drummers. And really, we’ve witnessed Chad becoming a better songwriter, time after time after time. Maybe that’s just him getting older. ‍

Q. What can fans expect from this tour?
A. It isn’t a proper tour. We are doing two shows in Oklahoma, but that’s a pure coincidence. We’re spending most of August in the air. It’s a lot more scattered; different day and different gig. We’ll try to keep it fresh. ‍

Q. Tell us about some of the musical influences for the band.
A. We are about as all over the map musically as you can be. We have certain members of the band who like classic rock. Certain members who like prog rock. Certain members of the group who like country, rap, and metal. You could ask each one of us our influences, and you’d get an entirely different answer. We all watched as bands like Guns N’ Roses and Metallica conquered the world. We witnessed that, and we’re saying, “That’s cool, dude. Look what they’re doing.” That can influence you. Those are phenomenal examples of what we got to witness when we weren’t even playing yet. I remember getting into Guns N’ Roses before I ever picked up an instrument to play. Metallica, Guns N’ Roses, The Cult; these were the big deals of our time and what we thought we were supposed to be as a rock band.

Q. No one seems to be able to identify what kind of music you play. What do you consider your music to be?
A. I don’t know either. It’s like someone asking what your kid is like. He’s my kid. When something’s that precious to you, it’s tough to describe it. We don’t just do one thing. That might be the stumbling block. We don’t just play rock or play love song ballads. We don’t just play any one kind of thing. We play all different types of songs. Realistically, a lot of people think “How You Remind Me” and “Photograph” is us and that’s all we do. But if you listen to the songs that aren’t just on the radio, we do a lot of other things. We can be a metal band, and we can be a straight-ahead rock band. And we can be a love song ballad band too. You’ve got to listen to all the work to figure out what we are. And I think that’s the hard part.

Q. What’s next for Nickelback?
A. Some songs are coming down the pipeline right now. We’ll see what those end up being. Chad’s slaving away trying to see what creativity is going to happen. We’ll hear those and then move forward. Most of all, the key for us is going to be not pressurizing anything.

We’ve been adjusting our pacing for the last couple of years because we don’t have that corporate pressure on us to make that money. We have to do what we do. You get into these agreements, and they’ve been great, and they’ve been great business partners, but you have a timeline. They give you a bunch of money, and then they say, ‘You guys make music as fast as you can so we can get it out there and make our money back.’ Right now, we don’t have anything like that, and we’re free agents, and it’s fantastic. 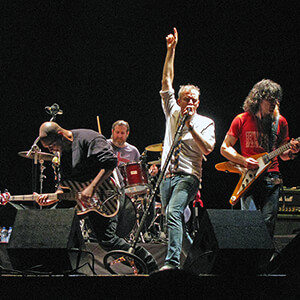