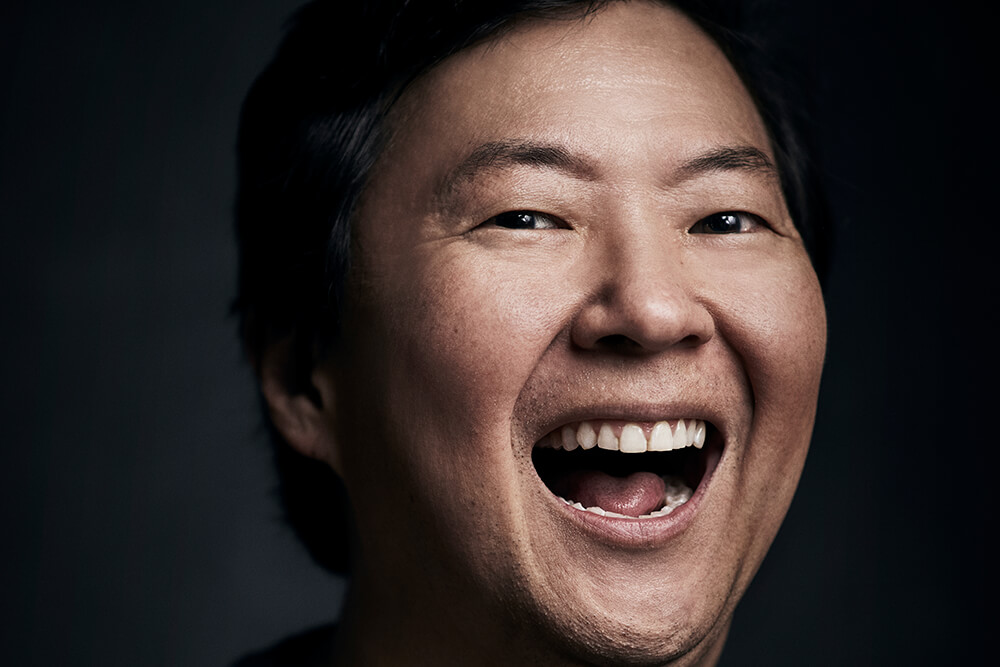 A classic scene stealer (remember Mr. Chow jumping naked out of the trunk in "The Hangover"?), doctor-turned-actor Ken Jeong still has the perfect prescription for the monotony of life: laughing.

Ken Jeong is a busy guy. But then, he’s always been busy. Whether he’s graduating high school early, doing theater while in pre-med, finding time to do stand-up while in medical school, practicing medicine while pursuing a film and television career, or heading out on the road to do stand-up, he doesn’t seem to stand still for very long. The physician turned comedic actor is best known for playing the gangster Leslie Chow in The Hangover movies and Senor Chang on the NBC comedy Community. He’s got a Netflix special coming out this fall and a cross-country comedy tour in progress.

Jeong stopped moving just long enough to talk with Preview 918 about his education, career, and family in advance of his first visit to Tulsa to perform at Paradise Cove in River Spirit Casino and Resort.

Q. Was it scary to walk away from medicine?

A. Yes. It’s something that I had all my life trained to do, really. But what a lot of people don’t know is that while I was in college — I’m from Greensboro, N.C. originally and went to school at Duke University — I was doing a lot of drama, acting and theater, and musical theater. So, I had aspirations to be an actor even way before I became a doctor.

I was able to go to med school and fortunate enough to get my medical degree. But I was always doing stand-up comedy on the side, as a hobby, almost to scratch that performing itch that had developed in college.

I moved out to Los Angeles and was lucky enough to get an audition for the movie Knocked Up with Seth Rogen and Katherine Heigl, and I booked the part of the doctor in that movie.

After I filmed that, I realized it was my go-pro moment — time for me to do this full time. It was scary, but it was also a long time coming.

Q. Are you still maintaining your medical license?

A. I still have my license to practice in California. I don’t practice, though. It’s really more of a reminder of where my roots are. My wife’s a doctor; she practices part time to keep her skills up. It’s a reminder for me that medicine is a hard-won skill, and it’s an honor to get an M.D. and be a doctor, whether one continues to practice or not. Once you attain that status, it’s such a feeling of accomplishment; it’s an important thing.

Q. How did you find the time for comedy while you were in school?

A. I didn’t do it that much while I was in med school. It was every two or three months; I’d go do some comedy in a local club there in North Carolina. I looked at it as more of my release, like golf. When I started doing residency, I started doing comedy more, even though I was working more hours. Looking back, I don’t know how I found the energy to go up on a stage in New Orleans — I did my residency in New Orleans — so I was known to do coffee houses once a week or so as an outlet. I wasn’t angling to go on The Tonight Show or anything, just a work-hard-play-hard mentality.

Q. Is it true you graduated high school at 16?

A. Yeah, I skipped second grade. I told my dad, “Everything’s too easy. I’m bored at school.” And my dad was like, “Well, we’re not going to have that!” So, I took a test and I passed it to go into third grade. Looking back, I don’t wish that on my children. I have 11-year-old twin girls. I don’t necessarily think that’s the right thing to do. It turned out fine with me. In many ways, it allowed me to have enough years to have this dual life. Like, I had this life as a doctor and I was still young enough to transition into acting. So, it turned out great for me.

Q. Do you think being younger than your classmates contributed to the development of your humor?

A. That’s a great question! I don’t think anyone’s ever asked me that. You know, indirectly, I think so. When I went into third grade, I just remember being smaller than everybody else and I wasn’t necessarily smarter than everybody else. Everyone assumed that, I think, just because I skipped a grade.

Even the nerds would bully me. They were like, “You think you know math? You don’t know math like we know math!” I was like, “You’re probably right…”

So, I think looking back, I probably was feeling a little bit isolated and lonely and I kind of turned to comedy for comfort maybe.

Q. Who were some of the people who inspired your comedy?

A. As a kid, I loved watching SNL [Saturday Night Live], [David] Letterman, Eddie Murphy. And I think that probably informed me, indirectly. As I got older, I learned more about Richard Pryor and I love him. Now, I love Dave Chappelle and Ali Wong. I think they’re two of the top working today.

My opening act, who I believe will be at the River Spirit Casino, Kevin Shea, is one of my favorite comedians working. He’s quite amazing, and we’re old friends. It’s great to see him flourish.

Dave Attell is probably my all-time favorite. I grew up on him, and I still watch and listen to him. I love his comedy.

Q. What’s your favorite part of the country?

A. Growing up in North Carolina, that will always be the first home to me. My family still lives there; my parents, my sister, her husband, they live in North Carolina. There’s that James Taylor song, “Carolina in My Mind.” I love going back. I went back for a Duke-North Carolina game back in March, so I go there regularly.

But I love living in LA, I really do. This is where I was able to pursue my dream of acting and entertaining. Just to make a living out of that, full time, is a privilege, really.

Q. You’ve played some very different roles, from Mr. Chow to the semi-autobiographical role in your TV show Dr. Ken. What’s been your favorite type of role to play?

A. Mr. Chow is by far the funniest role I’ve played, and it deservedly belongs in my greatest role moments. It’s the role that gave me a career. Because of that, I was able to move on to create and write in my own show, Dr. Ken, for two years on ABC.

I think the overall experience creatively of Dr. Ken was really by far the most fulfilling — to create that universe of characters and also act on it.

I also loved playing Ben Chang on Community. That was one of the highlights of my career. I also loved playing King Argotron in Role Models. It’s an underrated movie with Paul Rudd and Seann William Scott. Also, my first role of Dr. Kuni in Knocked Up is still probably some of the best acting I’ve ever done. 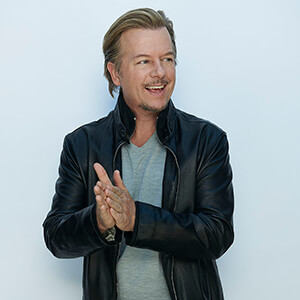 Q&A: David Spade
David Spade’s sarcastic brand of comedy came to national attention with his run on Saturday Night Live in the early 1990s and continued with television and movie success.