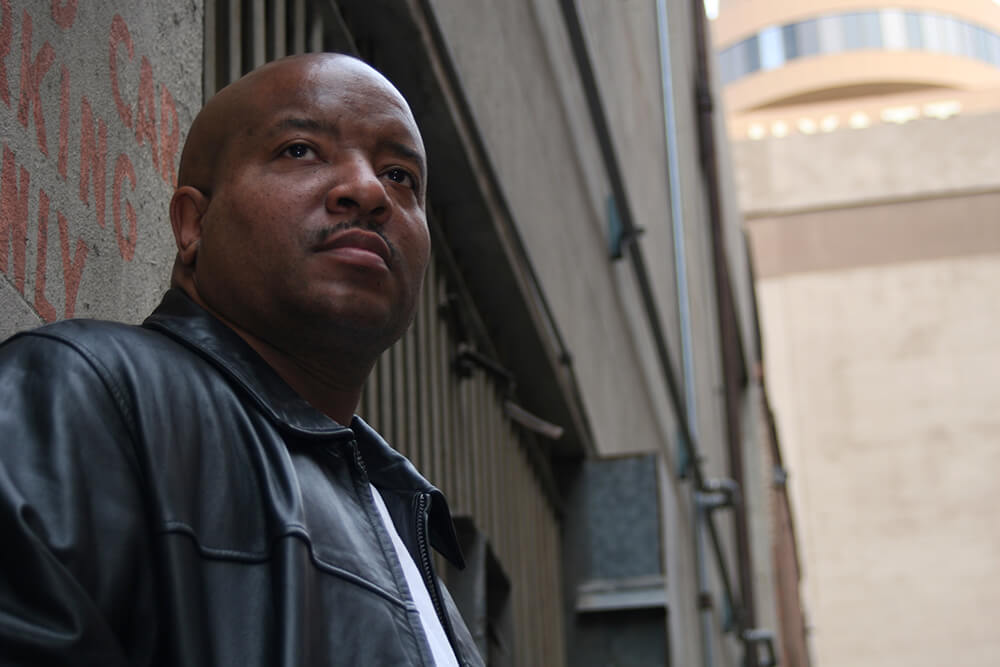 Nostalgia isn’t just a product of the ‘70s and ‘80s anymore. In 2016, co-creators Jeff Allen and Jeff Epstein of Universal Attractions Agency were confident that the time was right for a tour to celebrate the music of the ‘90s.

Audiences have proven them right as the “I Love the 90’s” tour has captured the hearts of now grown up ‘90s kids with a revolving lineup of some of the biggest pop, hip-hop and R&B acts that topped the charts. Last year the tour went international, blowing up in the UK, Australia and New Zealand.

The May 11 bill at The Joint: Tulsa includes Vanilla Ice, Salt-N-Pepa with Spinderella, Rob Base and Young MC. With the tour gearing up, we were able to catch up with Young MC.

Q: This is the third year for the tour. To what do you attribute its popularity and consistent draw?

A: This is one of the first opportunities that ‘90s fans have had to be part of a nostalgia tour. They have reached the age of the key demographic where people have kids, jobs and responsible adult lives. So, the opportunity to go and watch half a dozen artists who sang some of their favorite songs is fun. Also, we as performers are doing shorter sets, so it’s almost like an iPod Shuffle of favorite songs from the ‘90s. I live in Scottsdale [Ariz.] and we performed in Phoenix two years ago. People still stop me and talk to me about that show.

Q: What’s the most fun part of this tour for you and who do you look forward to seeing perform and spending time with on this year’s run?

A: The camaraderie of the acts on the tour. We’ve done so many dates over the last two-plus years that I see the other artists on the tour more than I see my own friends. I’ve been friends with Tone Lo¯c for 30 years and I’ve known Coolio almost as long. I just met All-4-One on this tour and I love those guys. I’m happy to call them my friends. There are a lot of crew and support staff that I consider great friends as well.

Q: Do you feel like this is opening new doors of opportunity for yourself and other artists who established themselves in the ‘90s?

A: Over the last two years I have been fortunate to have “Bust a Move” and another song of mine called “Know How” be licensed in movies and commercials. “Bust a Move” was in the film It last year, and “Know How” was featured in Baby Driver. As a matter of fact, both songs are currently running in TV commercials right now.

Q: Are there any artists in particular that you’d like to see this tour include in the future?

A: There are multiple artists that I’d love to see on this tour, but I’m not going to name them. Over the last two years I’ve seen that only certain combinations of acts are able to consistently sell tickets across the country and keep the tour successful. People have tried other combinations of artists, and it didn’t work. And I’ve had friends on some of those unsuccessful tours.

Q: Many people don’t realize that you helped write “Wild Thing” and “Funky Cold Medina” for Tone Lōc, which ultimately led to your own contract and career.

A: I have to correct you on that: I was signed as a recording artist in 1987 before I even met Tone. We were on Delicious Vinyl together when I was approached by the label and asked to help write “Wild Thing” and “Funky Cold Medina.”

I guess the biggest song I’ve been a part of that a lot of people don’t know about is “Not That Kind” by Anastacia. That’s a song that I’m really proud of. I had more creative involvement in that song than I even did in “Bust a Move.” It was a huge hit overseas and it was a great addition to my catalog because it was a multi-platinum song that wasn’t rap.

Q: What do you feel set you apart from your peers, either in style or approach?

A: I think there are three things that distinguish me as an artist separate from the other rappers out there.

First was my vocabulary. I did a lot of my writing in high school and college, so it felt natural for me to use multi-syllable words and complex phrases you would not normally hear in a rap song or even a pop song.

My second distinguishing trait was the fact that I did not curse in my songs. I came up during a time when rappers were trying to get their records on the radio, so my mindset was to make sure that every song I recorded could be played on the radio. Even if it was an album cut, if radio liked it, I didn’t want the language to be an excuse for them not to play it.

My third distinguishing trait was my lyrical clarity: the fact that you could understand pretty much all of my lyrics. That didn’t seem very extraordinary to me, but I can’t tell you how many people have come up to me and told me that they liked my music from the first time they heard it because of the fact that they could understand every word. I always thought that was the point of the exercise, but it was still a big deal to a lot of people.

Q: How do you feel that hip-hop has changed? Who are you currently impressed by?

Today the artists that impress me are Kendrick Lamar, J. Cole, Drake and ASAP Rocky, among others. I love to hear the freedom and creativity that all of them bring to their music.

When my first album came out, I heard the whispers that hip-hop was going away and being a fad just like disco. Today, hip-hop is too big for any of these artists to have to take that nonsense seriously.

Q: What excites you about the current lineup and tour?

A: The fans can look forward to more fun times, more strong performances, and more memorable nights like we’ve had over the last two years of this tour. I’m excited to work with my friends again. I open the show, so I love to leave the stage knowing that I got the night off to a rocking start.

Q: What do you have coming on the horizon?

A: I just completed my first feature film called Justice Served. I actually screen a trailer of the film during my performance on the “I Love the 90’s” tour. I’m working on getting distribution together for the film so that people will be able to see it on their screens in the near future. Other than that, I’ll keep touring and I look forward to seeing those rocking crowds at the shows. 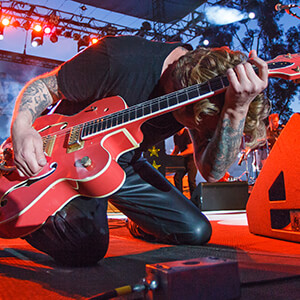 Q&A: Brian Setzer
Whether playing large clubs, theaters, casinos, or festivals, Brian Setzer’s Rockabilly Riot knows how to capture an audience’s attention and turn the show into an interactive exchange of energy.

Q&A: Darren Knight
In a few years, Darren Knight has gone from practically unemployed to one of the most followed comics on social media and anointed as the heir apparent to Jeff Foxworthy's redneck routines.