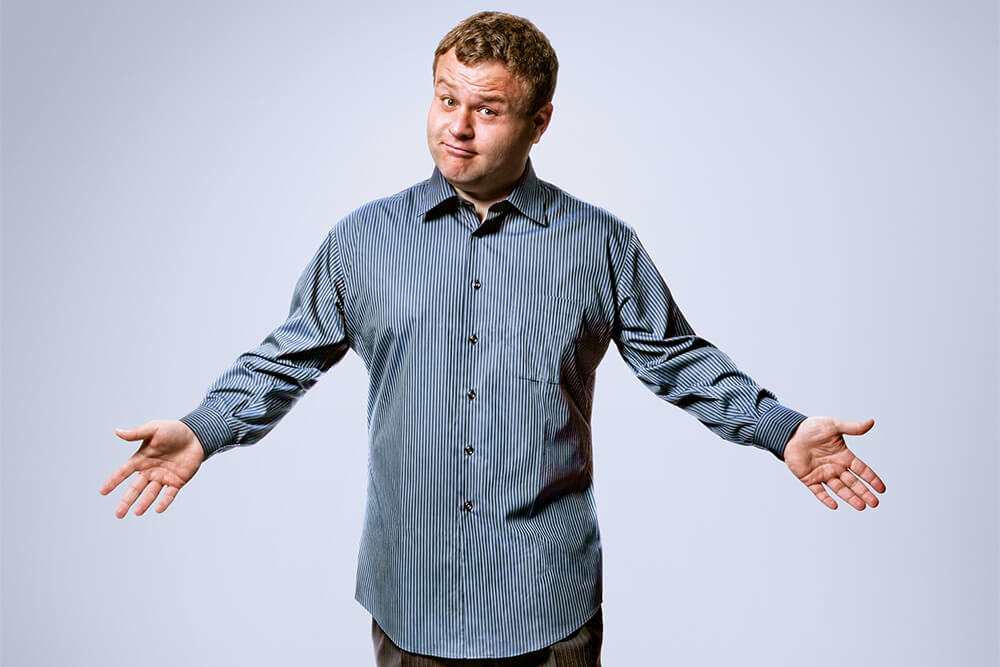 Performing impressions of a range of famous people, Frank Caliendo is especially adept at imitating sports figures, and being a character all his own.

Who knew that doing a spot-on impression of John Madden could get you a career in television comedy? Frank Caliendo earned a spot on Fox’s NFL coverage as their in-house prognosticator on the strength of his impression of the Super Bowl-winning coach.

Born in Chicago and raised in Wisconsin, this funny guy has built a career on impressions, stand up, and personal storytelling. Caliendo has appeared on shows like the Late Show with David Letterman, The Late Late Show with Craig Kilborn, and Late Night with Conan O’Brien, among many others, and was a regular on Mad TV.

He’s got an eponymous podcast, The Frank Caliendo Cast, and partners up with Al Jackson for the Try To Be Serious podcast as well. Caliendo has released six comedy albums, including National Lampoon Live: Unleashed.

Q. How did you get started doing impressions?
A. I think I did it back in grade school. I think everyone does a little bit of that.  Everybody mimics people around them or people from TV or tries to do things they see on television. I watched a lot of television as a kid. I think that’s where it started. Then, when I got into grade school and middle school, I started doing impressions of teachers and friends and finding the little things they did. I watched Dana Carvey on Saturday Night Live, and Jim Carrey on In Living Color.

I liked watching people doing impressions too. Seeing Rich Little or someone like that on The Love Boat or Muppet Show always intrigued me.

Q. Who was your first celebrity impression?
A. I would say it was Jay Leno. There may have been something I mimicked from television, but in terms of the actual person and not a character, it would be Jay Leno.

Q. Who is your favorite impression to do?
A. That’s like trying to pick a favorite child, which at the moment is my daughter. Whenever they’re new, they’re fun. Robert Downey Jr. is always fun. He’s a human Twitter feed. He talks in 140 characters or less, and everything’s about himself. He could be presenting an Academy Award, which is supposed to be about the nominees, and turn it back to himself. You find the cadence of the person, and that’s what makes it work.

Q. Is there anyone you can’t get the impression right?
A. There are hundreds, if not thousands. If I don’t do it, I probably tried and can’t. I’m more of a magician than a sorcerer. People think you can conjure these things up. But a magician works on a magic trick over and over and over until you can’t figure out how they’re doing it. That’s the same thing with an impression as opposed to some magic, and just all of a sudden, you’re able to do something. It’s repetition and just practice.

Q. Is it more important to get the mannerisms or the voice?
A. It depends on the audience. I like the whole package of it. The facial expression and the mannerisms can sell it, and then the voice only has to be so good. All you need is the cadence; you don’t always need the pitch. How many Christopher Walkens have you heard? Or old school William Shatner with pauses in the weirdest spots. Or Barack Obama, who talks slowly at the beginning and speeds up at the end. You can be close to the tone or pitch, but it doesn’t matter as long as you have the cadence. Then you add in the facial expressions and the mannerisms.

Q. What can we expect from your show?
A. It’s very clean. It’s a lot of fun. There is a lot of storytelling. My act has been evolving to be more storytelling instead of a puppet show.