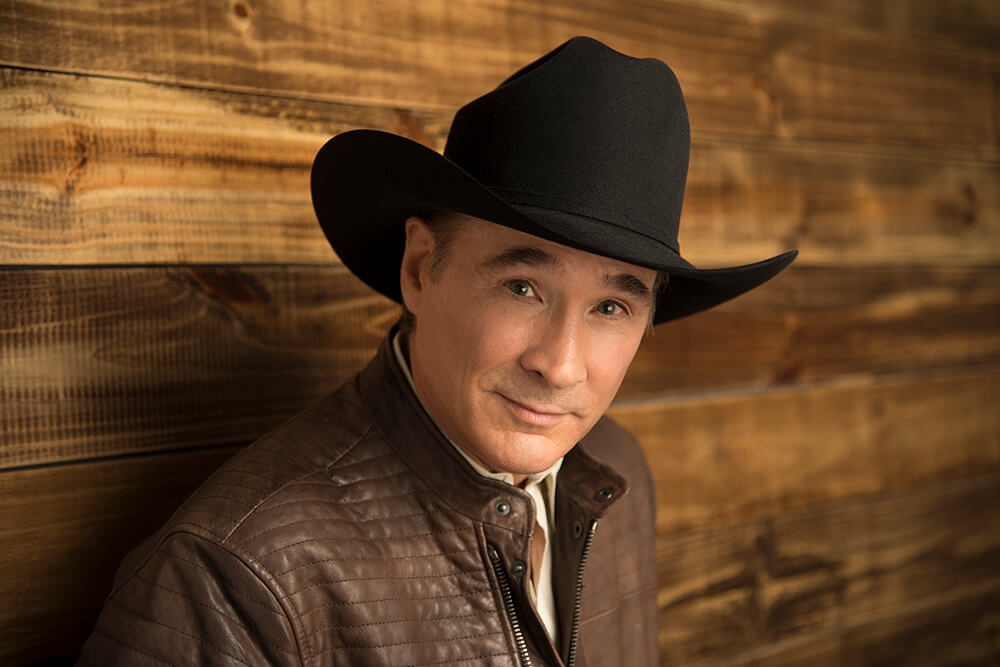 Clint Black has remained one of country music’s most talented stars as a multi-instrumentalist who continues to write his own songs and achieve success without trading his attitude for soulless hits.

When Clint Black’s debut album, Killin’ Time was released in 1989, it was an exciting time for country music. Riding a wave of new traditionalism that recalled the work of icons like Merle Haggard and George Jones, Black’s country swing fit right in with a fresh energy. As part of what became known as country music’s rookie class of ’89, Black was in fine company to dominate the charts with fellow artists like Garth Brooks, Alan Jackson, Mary Chapin Carpenter, and Travis Tritt.

His debut album produced four consecutive No. 1 singles on the Billboard country charts and laid the foundation for an extensive career ahead. A string of hit records followed and Black was perhaps ahead of the curve when he founded his own label, Equity Music Group, which sought to give its artists equity in their own product. The label eventually closed in 2008, but not before laying a groundwork for the independent label movement that has become more common in the current music industry.

Although he stepped out of the music scene for a few years in the early 2000s to spend time with his family after the birth of his daughter, Black has remained one of country music’s brightest and most talented stars as a multi-instrumentalist who continues to write his own songs (as opposed to the current Nashville trend of bringing in outside songwriters). ‍

Q. At this point, what inspires you to keep writing, recording, and performing?

A. I keep getting better as a musician, singer, producer, engineer, writer… And I still enjoy entertaining an audience. What drove me to go out into my neighborhood as a teenager and find anyone who would listen still drives me. Audiences are a wonderful thing.

Q. How important is it for you to have a hand in that writing process and expressing something in your own voice?

A. With only one exception — an experiment — I’ve written everything I’ve recorded other than tribute songs. It was a sticking point with RCA who wanted me to “spread the wealth” to the publishing community. I refused to give up my day job to satisfy their twisted logic on how art is created. It is why I don’t record for major labels. I may do it again one day, but that will be because they want the songwriter as well as the singer.

Imagine you wrote everything on Killin’ Time and before your record company has heard a single new song you’ve written for your second album, they say, “Let’s go out and find you some songs.” Weird, huh?

Q. One of your primary collaborators over the years has been Hayden Nicholas. How did the two of you come together initially, and how essential has that partnership been to your career success?

A. He’s like a brother to me now. We met by chance as he was filling in in a band I hired to back me for only one gig. He had a demo recording set up at his house, and we started to record songs I’d written. That led to us writing together. That was over 30 years ago.

Q. How has the change in the industry landscape and rise of independent labels helped, or hindered, artists, from your perspective?

A. We broke Little Big Town and sold over a million records on them. After they left us to join a bigger company, it destroyed our chances to move on with the company. We had put everything we had behind them. It was heartbreaking on so many levels.

Q. Your first musical, Looking for Christmas, debuts this November and it’s based on the music from your Christmas album of the same title. Can you share a little about what inspired you to translate the album into a full production?

A. For many years I’ve thought about writing for Broadway. I met James Sasser a couple of years ago, and we started talking about that, and my idea for a holiday musical captured his enthusiasm and we started developing a story that would work with the songs I’d already written. James is an “Army brat” and the idea of a soldier returning for Christmas resonated with him. The song Hayden and I wrote, “Christmas with You,” was inspired by our troops and their families who often have to be apart for the holidays. It all worked together so naturally that it came together quickly, and we’re going to have it up “on its feet” this November.

Q. While on the topic of Christmas, you’ve already announced a limited number of dates for “A Clint Black Christmas” with your wife, Lisa Hartman Black, performing with you. What precipitated these shows and what part of the short tour are you looking forward to the most?

A. I’m excited to see what else Lisa will want to do in the show. We’re starting to work on ideas now. I’m excited she’s coming along.

Q. How do you go about choosing a set list, knowing you can’t make everyone happy?

A. The song list shifts a little. Typically, in rehearsals I find something I think will work for a show and we go from there. I can usually tell if the show could be better and will try a different order or selection. Once the show is working well, there are slots that are interchangeable and some songs will rotate in and out. Others are mainstays and will never leave the set.

Q. What else do you have on the horizon?

A. I do have new music recorded. I’m in talks with a record company to release them and don’t have a timeline yet. Some of my best work was done on that disc, and I’m excited for my fans to hear it.