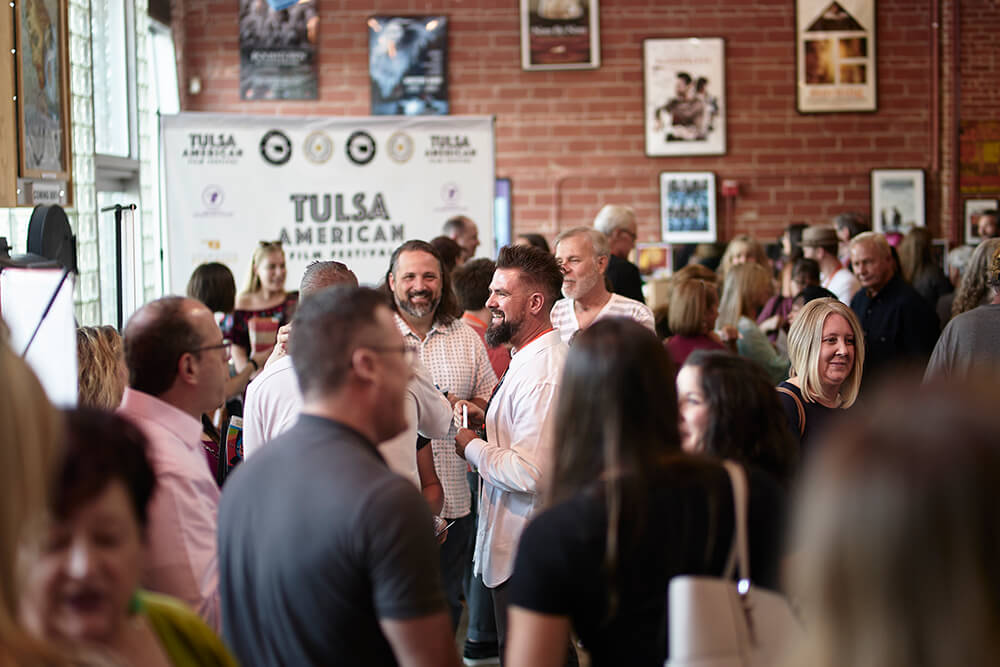 The Tulsa American Film Festival features an exciting mix of locally and nationally made films, as well as bringing attention to creative voices that reflect the nation’s diversity.

When you think of filmmaking, what places come to mind? Hollywood, right? Possibly Cannes, or Park City, Utah (where the Sundance Film Festival happens). Maybe New York City and Chicago.

While Tulsa may not be on your short list for filmmaking, it should be, because Tulsa — in the heartland of America — is a perfect place for filmmakers of diverse voices and viewpoints to script, shoot, and present their films. That’s the mission being championed by the Tulsa American Film Festival, which takes place Oct. 10–14.

The Tulsa American Film Festival (TAFF) launched in 2015, the brainchild of filmmaker Ben Arredondo, who fell in love with Tulsa as the site of a new film festival after an epic road trip that many people talk about, but few of us make happen. After a job in New York ended, Arredondo says, “I made a decision to work on my own and do cool things. I went on a road trip to all 50 states in a five-month period. When I got to Tulsa, which is smack dab in the middle of the country, I realized I wanted to do something very Americana.”

When Arredondo shared his desire to start a film festival with Tulsa area organizations, he realized his idea had legs. “Just like anything in Tulsa, when something unique, fun or enlightening is started, when I spoke to people, they felt like there was a need for this, and it was easy to get people on board,” Arredondo says.

“The Tulsa Office of Film, Music, Arts and Culture; the Gilcrease Museum; the University of Tulsa; and the Woody Guthrie Center all came on board and solidified our existence as a festival,” he adds. “Having those groups partner right off the bat was extremely important and valuable.”

This October marks the fourth annual film festival, and it will feature an exciting mix of locally and nationally made films, as well as bringing attention to creative voices that reflect the nation’s diversity. “The mission of our festival is to showcase American stories in the true sense of what America is made up of,” Arredondo says. “We want to make sure people hear stories from all walks of life, which is what America is made of.”

Since its inception, TAFF has held firmly to that vision, choosing programming partly on its ability to highlight viewpoints that often aren’t given as much attention. For example, TAFF offers a strong line of Native American programming each year. Last year, the festival held a special screening of Mankiller, a 2017 documentary about the first female principal chief of the Cherokee Nation, Wilma Mankiller, that was standing room only.

This year, audiences can expect to see many films made by or featuring Native Americans, Latinos/Latinas, the LGBTQ community, and those with disabilities. “You’ll see diverse stories,” says Arredondo. In the mix are some interesting works produced by local artists, because that is also a part of TAFF’s mission.

“The other part of our mission is to focus on Oklahoma-based filmmakers,” says Arrendondo. “The work being done in our backyard by people who have chosen to stay here and work here, rather than leaving.” Among that group — a documentary called HAL about legendary director, Hal Ashby, directed by Oklahoma native, Amy Scott. Arredondo sought the film out after learning the filmmaker is from Stillwater.

Highlighting local filmmakers and showing their works to Tulsa audiences shows people that film is a viable business for people to get into, says Arredondo. “We try to help out filmmakers as much as possible, but it’s hard. Like any type of art, it takes financing and support.”

To help promote the local film community, the Tulsa American Film Festival takes several approaches. One is hosting the occasional celebrity to draw attention, such as the award given last year to Tulsa author S.E. Hinton. Another approach is to woo groups like Turner Classic Movies, which Arredondo hopes to have involved with TAFF this year.

Another way the film festival supports local creators is to encourage filmmakers to shoot their movies in Green Country. The old myth that you have to move to L.A. or New York to make films, Arredondo says, is just not true.

“I’m involved in three feature film productions that are looking to shoot in the Tulsa area, which will hopefully bring work to people here,” he says. “These projects provide work, jobs and revenue to the city. I have already talked to Abby [Kurin] about scouting for one of the projects. It’s been a great opportunity.”

Kurin is the director of the Tulsa Office of Film, Music, Arts and Culture, which is a part of Tulsa Regional Tourism, and is one of many people helping to support the film festival and grow the local filmmaking community. Other supporters include the Gilcrease, Circle Cinema and the Woody Guthrie Center, which all host programming such as film showings, talks and more during the festival.

The University of Tulsa also participates in many ways. Joseph Rivers, Ph.D., who is the J. Donald Feagin professor of music and professor of film at TU, was one of the people Arredondo first talked with about making a film festival happen. Michael Wright, applied professor of creative writing, theatre and film, casts and directs live readings of the festival’s short screenplay contest. TU students and local actors perform the screenplays in front of a live audience during the festival.

“Everybody knows we have a really great music scene here,” says Arredondo. “Our art scene is really happening with the Tulsa Symphony, Tulsa Ballet, etc. Filmmaking isn’t as well-known. I’d like people to be aware of the film scene here and to see more support of it.”

Among the many films playing at the Tulsa American Film Festival this year, audiences can expect a great variety of subjects and viewpoints. Some highlights to look for:

Guardian of Angels (Documentary Feature)
A Turkish Muslim man who lives in L.A. has fostered over 70 terminally ill children. His current foster child was supposed to die within her first year of life, but celebrates her seventh birthday in this documentary.

Rich Kids (Narrative Feature)
A group of troubled teens break into the local mansion and spend the day pretending to be rich in order to forget their difficult lives.

Guardian  (Narrative Short)
Manuel is a gay Latino teen who lacks guidance and support. Keeping his sexuality and boyfriend a secret from his homophobic father, Manuel must decide the life he wants to live or end.

Defending the Fire (Documentary Feature)
The journey of the native warrior as he (and she) continue conflict resolution in order to survive and secure resources and culture. 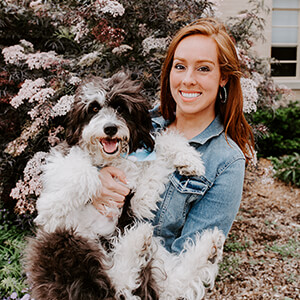 Citizen Canine
Many in the Tulsa area recognize meteorologist Caroline Brown. And just as many probably know her crazy-cute best accessory — the OU-football-jersey-wearing bordoodle, Stormy. 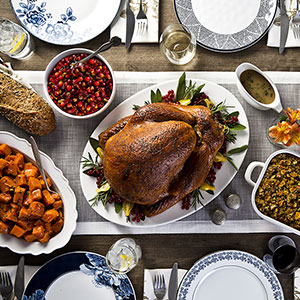 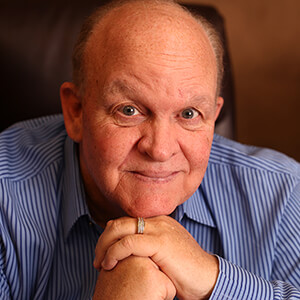 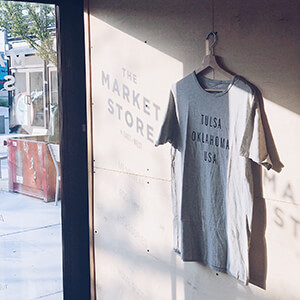 Behind Clothed Doors
The Market Store by East + West’s main focus may be premium men’s casual wear, but owner Ben Kilgore is focused on selling more of the city he loves, including family-owned farms.