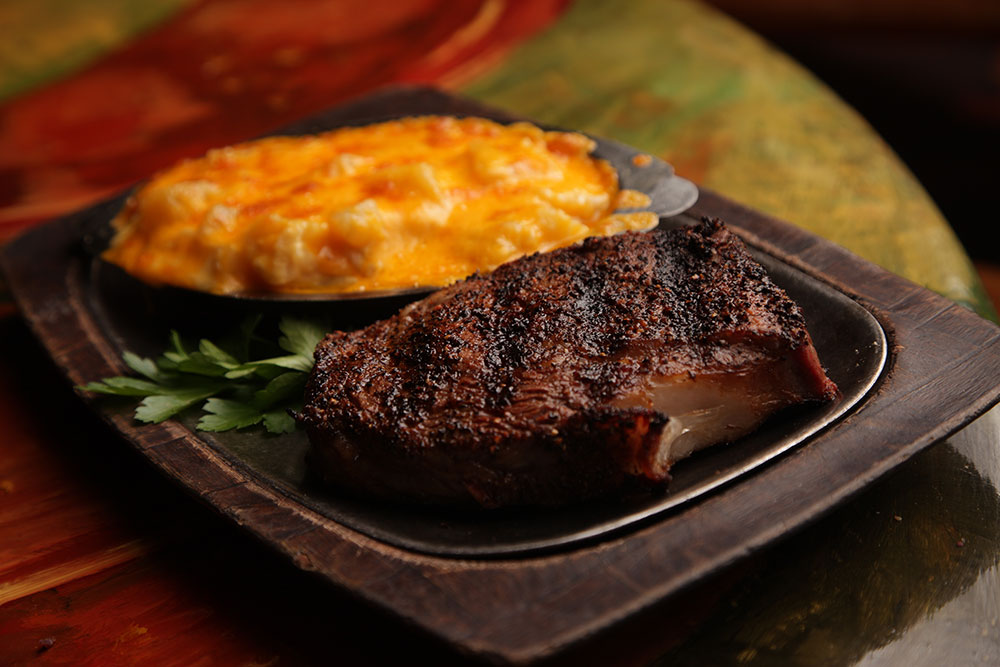 Perfect Place to Meat Up

You know you’re in for something truly special before even walking inside Molly’s Landing. As you cross a pair of old truss bridges and descend toward a red log cabin, you feel like you’re entering a fairy tale. Gentle hills, grass and trees surround the stone steps leading to the entrance in a setting so magical, you expect to see sparkling fairies flitting around and lounging on leaves.

As you climb the steps toward Molly’s Landing, the collection of antique iron, birdhouses, wagons and more will charm you with its eclectic glory. Human- sized chess pieces wait, mid-game, nearby. Standing guard by the front door is a suit of armor next to a Coca-Cola cooler filled with plants.

The interior is dim and pleasantly cluttered with carved figures, paintings, knick-knacks and original paintings created by the founder, Linda Powell.

“People give us all kinds of things,” she says. “All the animals were given to us by hunters whose wives didn’t want them around.” Powell is referring to the taxidermy mounts on the walls and shelves. She points to a moose head watching over the dining room; it’s as large as a person. “That was the biggest moose taken in Canada that year.”

Powell has added a wall with pictures of famous Oklahomans and a gift shop for waiting patrons. The gift shop is full of beautiful jewelry, unique boxes carved from stalagmites, and souvenirs of all varieties. “We put the gift shop in 10 or 15 years ago. People like to shop in there while waiting for their table or on their way out.”

Powell wants her guests to feel at home. “We have a comfortable atmosphere and attitude. Our goal is to make people comfortable and serve good food. We had a table of people just off the lake wearing their jams and sunglasses sitting next to a table of people getting ready to go to the opera and dressed to the nines. And they sat next to each other and everyone felt at home. I just think it makes the food taste better if you can sit back and enjoy.

Molly’s Landing doesn’t accept reservations, because they don’t want anyone to feel rushed. “We once had a table stay for 7 ½ hours. Started with pre-dinner drinks, stayed through appetizers, entrees, dessert and after-dinner drinks. That’s one of the reasons we don’t talk reservations. We want people to feel comfortable staying as long as they want.

Restaurants like to talk about their locally sourced ingredients, but it doesn’t get any more local than at Molly’s Landing. There is a garden on-site in which they grow tomatoes and asparagus. Roosters Wilsomer and Casanova rule over a flock of chickens that provide two to three dozen eggs each day. “We have tanks of tilapia living here. It’s all aquaponics, providing food for the greenhouse next door.”

Some of the most popular dishes at Molly’s Landing include the steaks. “The spicy rib-eye is very popular. It’s prepared with our 1872 seasoning. The recipe for the seasoning comes from a cook on the Chisholm Trail and it has a coffee base. It’s also fabulous on the pork chops.” Like all of Molly’s Landing’s seasonings, the 1872 seasoning can be purchased in the gift shop. Powell adds, “A lot of women love the 4-ounce steak with a half baked potato served with brandy sauce.”

Some of the most popular appetizers are  the fried mushrooms or the fried jalapenos. Powell’s favorite, though, is the salmon dip. “We age all our own meat and cut it here. The salmon dip is made fresh from salmon we cut that day.”

All the desserts are made by co-owner Jerry Lewellan, with eggs from the on-site flock. “ Those fresh eggs make the difference. Jerry’s white chocolate cheesecake and his carrot cakes are marvelous.”

Molly’s Landing also plays host to murder mysteries in a private dining room overlooking the courtyard. “It’s a company [The Ultimate Murder Mystery] out of Tulsa that runs it,” Powell explains.

Molly’s Landing can host private parties of up to 40 people. They also have Molly’s Taqueria & Tamale Wagon that is open for lunch near the Blue Whale of Catoosa. The handmade tamales are cooked fresh each day. They used to be sold out of the Molly’s Landing kitchen, before opening up the site at the Whale. In addition, there’s a food truck that sells tacos, burritos and tamales. It travels around, or you can request it at an event. “We once did a wedding and were out there late into the night selling tacos,” says Powell.

Powell had a similar business when she lived in Arizona. “But Arizona got too big. I traveled Highway 66 and wanted to be in the Midwest. I like the small town feel of Tulsa where you can still find anything you want. People from all over the world travel on 66.”

Powell has passed on ownership of Molly’s Landing to “the boys,” her sons, Doug Powell, Russ White and Lewellan, who is a 28- year employee. 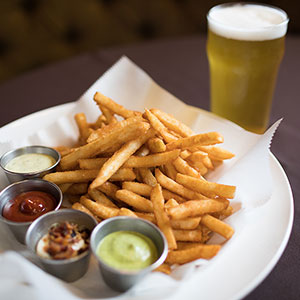 Raise Your Spirits
From the drinks to the food and fun, everything at MixCo is designed with intentionality at the forefront. If you haven’t joined the party yet, what are you waiting for? 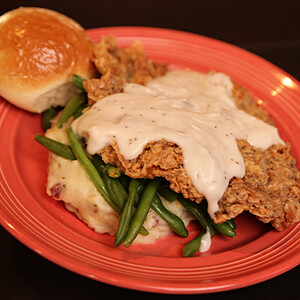 Pursuit of Perfection
Craig Baxter’s Interurban is his version of Field of Dreams, where his reimagined vision for contemporary American and Tex-Mex fare flourishes with personal interactions, teamwork and pride. 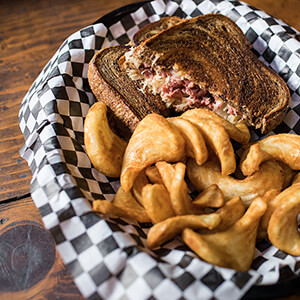 Culinary Curveball
Sure, Fat Daddy's is a sports bar with pool tables, TVs and plenty of suds. But it's food that drives everything they do. And not just regular "bar food." 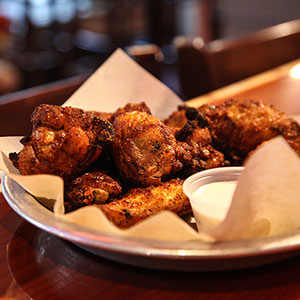 Feast of Eden
Beyond the heavenly wings, other eats, drinks and wait staff, Hooters continues to thrive because it sticks to what it knows while always looking for ways to be tastefully innovative.