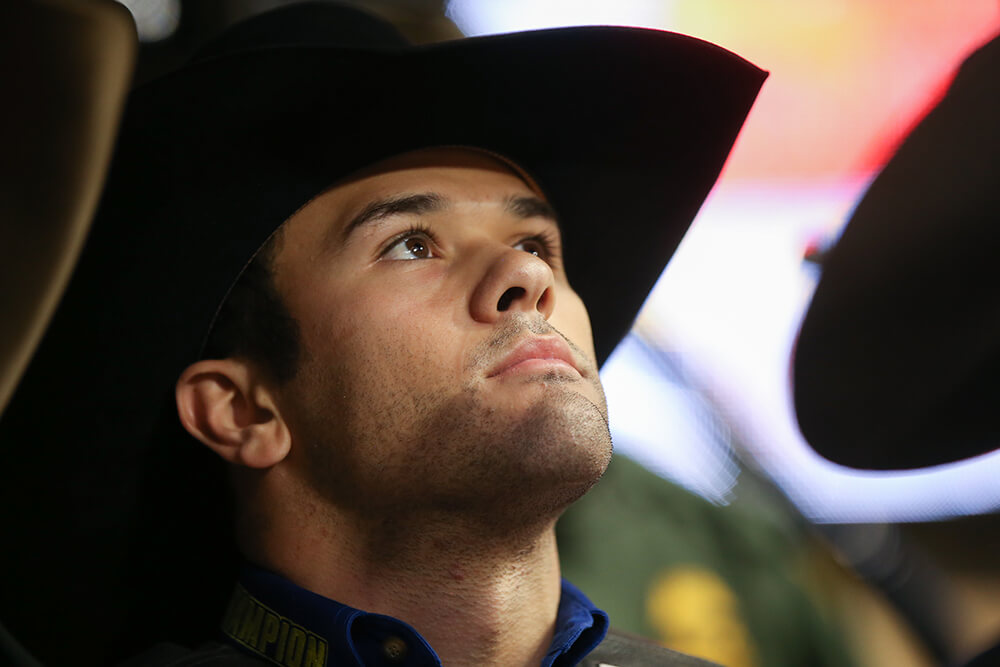 A cold start to the season has heated up along with the weather as Kaique Pacheco enters Tulsa’s PBR event in control of his first world championship after faltering three times prior.

Renato Nunes remembers the cockiness, swagger and confidence he had heading into the second half of his 2010 world championship season. To this day, Nunes still smiles when discussing the importance of being No. 1 in the world standings at the summer break of the PBR’s premier series.

“You put that in your mind. If everybody expects you to win, you believe it more.”

However, is that the case for the PBR’s current world No. 1 bull rider Kaique Pacheco?

The 23-year-old Brazilian superstar heads into the Express Employment Professionals Classic, presented by Osage Casino, at Tulsa’s BOK Center atop the world standings.

Nunes actually won the 2010 event in Tulsa to kick-start his push to the world championship.

The Aug. 11-12 event is the beginning of the 25th PBR: Unleash The Beast stretch run. There are nine events remaining before the 2017 PBR World Finals Nov. 7-11 in Las Vegas.

This is the fourth season in a row that Pacheco has found himself in the thick of the PBR world title race.

Pacheco, who is the star of the Netflix docu-series Fearless, began the stretch run of the 2016 season atop the world standings only to finish second to 2016 world champion Cooper Davis.

Last year, Pacheco took over the world No. 1 ranking in August only to go 10-for-32 during the season’s final nine events and finished fifth overall as an ongoing groin/pelvis injury proved too much for him to overcome.

The close-comings of a $1 million championship could cripple some of the strongest competitors, while it can fuel others. Guilherme Marchi finished runner-up three consecutive seasons before winning the 2008 world championship.

Marchi has served as a father figure to Pacheco in the United States after previously riding bulls with Kaique’s father in Brazil. He believes the heartbreak has only poured gasoline on Pacheco’s championship drive.

“I think so,” Marchi says. “He is more focused. He is also healthy too. We saw [in Las Vegas and at Global Cup]. He rode great. He rode Bruiser easy. He rode Jack Shot. He has won three consecutive Last Cowboys. Nobody did that before. He is so young. Like sometimes, at the Finals things go the other way. Everybody is different. I remember I came very close, very close.

“His time is coming. It is coming soon.”

Marchi has said this in previous seasons about Pacheco, but he, Nunes and three-time world champion Adriano Moraes believe that Pacheco’s two-event run in Las Vegas and in Sydney, Australia, was evidence that Pacheco is reaching new heights.

Pacheco made some of the best rides of his career in Las Vegas to win a record-setting third consecutive Last Cowboy Standing. During his 4-for-4 performance in Vegas, Pacheco rode two-time world champion SweetPro’s Bruiser for a career-high 92.75 points. He then won the event with 88.5 points on Jack Shot.

“I am very, very happy and thank God for all of this,” Pacheco says. “This is one of the hardest events to win in the season, and for me to win it for a third time is amazing. I am just really happy to be able to ride all of my bulls. When you do that, the prize comes with it. Now I just find out I am the new No. 1 in the world and it is even better.”

Pacheco then was a force for Team Brazil in his next event when he joined his fellow compatriots for the second edition of the PBR Global Cup.

The fourth-year pro took on a leadership role for Team Brazil, and he helped lead coach Nunes’ team to victory by going a perfect 4-for-4 again. With the pressure of his country on his shoulders, Pacheco didn’t falter.

“Kaique started bad, and now he is riding good,” Nunes said. “Kaique has a good chance because he knows the deal. He knows the deal better than the other guys. He knows how to ride bulls. No matter if he loses or what. He is good.”

Pacheco began the season only 7-for-27 through the first 11 events and went a stretch of six consecutive events without earning a single point toward the world standings.

Moraes was one of the riders who finished ahead of Marchi during his run of three straight second-place finishes.

The three-time world champion was a color commentator on RidePass, the PBR’s exclusive OTT network, and he came away impressed by Pacheco’s work of dominance Down Under.

Still, Moraes cautioned that only time will tell if Pacheco has grown mentally stronger from his previous shortcomings.

“It varies from a guy to another one,” Moraes says. “Like me, I never focused on where I was. In Guilherme’s situation, that helped him a lot to try even harder to win his title because he felt he had it several times. It worked in his favor, but I don’t know how Kaique is mentally. I know he is very focused, but I don’t know how he compensates [with adversity]. There is no telling with that guy.

“The way he is riding, I think his chances are better this year than before. Why? Because before he started hot and got a little colder. This time it is the opposite. He started on the colder side and now he is getting hotter. So if that continues to get hotter? Oh, boy he is going to win.” 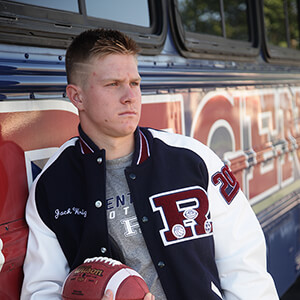 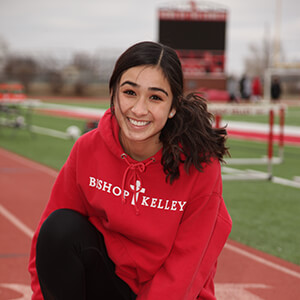 Right on Track
Now that she is healthy again, Bishop Kelley distance runner Ella Eureste is looking forward to the opportunity to show what she can do on the big stage and away from cross-country. 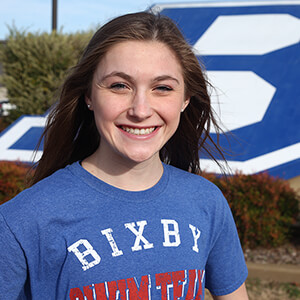