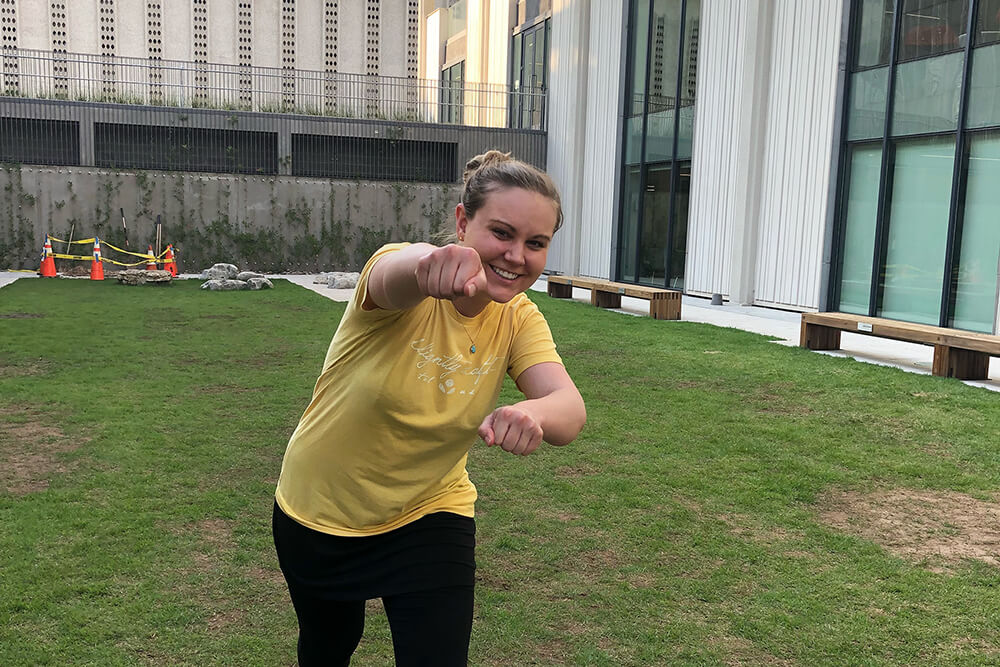 The French are widely admired for being thin, beautiful and alluring, but they are also widely known to consume all of those diet offenders. How is this possible?

The year is now a little over halfway over, and I’m happy to report that I’ve lost over 10 pounds! Although my original goal was to lose 30 pounds — and I guess tentatively still is — if I start to feel like I’ve reached a weight I feel healthy and good at before that mark, then I will stop to maintain that. Plus, I know that muscle weighs more than fat, so that may start to come into effect at some point also.

Either way, I am starting to feel better than I have in a while.

I think a lot of that has to do with reaching the right dose of thyroid medicine that’s finally working for me. Back in 2015, after I’d just gotten married, I started to feel very exhausted and lethargic. One factor playing into my exhaustion was that I was working 40 hours a week at a coffee shop that required me to often rise before the sun and sling lattes for eight hours a day on a concrete floor. There was nothing I cared about more after finishing my shift than getting back to our little brown couch and napping for a couple of hours.

But it started to get worse. Even on the weekends, I couldn’t get off the couch. As a newlywed, this was more than problematic; instead of going on date nights and hanging out with our friends, I just wanted to sleep. I was confused and frustrated by my inability to summon even the smallest amount of energy, or to get excited about anything anymore. I literally felt like a husk of a human, a walking zombie. It took me two years before I finally realized there was something more going on with me than simply being tired from work.

When I finally took my exhaustion to my primary care physician in 2017, she immediately wanted to check my blood work to see if it indicated a thyroid issue, as the thyroid is largely responsible for the body’s energy levels and metabolism. Sure enough, my lab results came back showing my thyroid levels were so off, she told me it was astonishing I was even functioning at all. Since then, we’ve slowly worked to find a supplemental thyroid dosage that works for me.

Two months ago was the last time she upped my dosage, and I’m starting to see that we’ve hit the magic number. I wake up with more energy than I can remember feeling in a very long time, and am able to get excited about things again, hang out with friends more, and work out with some zing again. But most of all, it’s nice to see those numbers on the scale start dropping again.

Unfortunately, however, my doctor thinks my low thyroid might also be an indication of PCOS (polycystic ovarian syndrome). PCOS can make it extremely hard to lose weight, among various other uncomfortable side effects. But for now, my thyroid medicine seems to be helping me out, and I’ll just have to deal with everything else as it comes. If you feel irrationally exhausted all the time and have trouble maintaining a comfortable weight, it may be an indication of a thyroid malfunction. Asking your PCP about it might not be a bad idea — I know I’m extremely thankful I did.

This month I also came across a book I highly recommend. I’ve heard some chatter about it in the past, but I finally decided to check it out. It’s called French Women Don’t Get Fat by Mireille Guiliano. The French are widely admired for being thin, beautiful, and alluring, but they are also widely known to consume all of those diet offenders like bread, cheese, butter, chocolate, and wine. How is this possible?

In her book, Guiliano lays out just exactly how the French are able to stay so svelte while also enjoying some of life’s most decadent and divine pleasures. I love this book because her philosophy surprisingly lines up with my entire goal for the year, which is losing weight through moderation, not deprivation. The secret, she poses, is that the French see food as a friend, not as an enemy, or as something to run to when needing comfort.

In the introduction, Guiliano states: “French women take pleasure in staying thin by eating well, while Americans typically see it as a conflict and obsess over it. French women don’t skip meals or substitute slimming shakes for them. They eat with their heads, and they do not leave the table feeling stuffed or guilty.” On the following page she also says, “The trick is to manage and gratify your appetites, while determining how, when, and what to reduce.”

Guiliano lays out how anyone suffering from the average American eating habits (meals eaten on the run; calories consumed from stress; outrageous portions; tight waistbands; guilt, guilt, guilt) can recalibrate their relationship with food and drop 30 pounds in less than a year — all while still enjoying the things American fad diets say we mustn’t touch. Seem too good to be true? It isn’t. The French are living proof that it’s possible to live this way.

I also tried not one but two new workouts recently: kickboxing and Krav Maga (a form of military self-defense developed in Israel). I took both classes through San Soo Tulsa. The Krav Maga class was a free event put on at the downtown Tulsa Central Library in the outdoor Tandy Garden, and it was my first official self-defense class. Some crazy stuff is happening in the world these days, and as a woman I’m tired of feeling unprotected and vulnerable. So I grabbed a friend and we took the class together. Of course, it was uncomfortable having to be in someone else’s personal space while both of you are sweaty and awkwardly trying to do as the instructor says, but it’s a whole lot better than being unprepared for the worst. Plus it’s a good workout — a definite win-win.

Curious to learn more, I looked up San Soo Tulsa’s website and noticed they offered a free three-day guest pass to try out all of the classes they offer: Krav Maga, kickboxing, Brazilian Jiu-Jitsu, and Kung Fu San Soo. I decided to try out the kickboxing first, even though I was intimidated. At first the class was just about as awkward as I thought it was going to be: large muscly men were beating and kicking the crap out of punching bags all around me, and I was desperately trying not to seem like I’d never punched anything in my life.

It didn’t take long for someone to notice I had no clue what I was doing. You know that little punching ball apparatus that boxers in movies are always rhythmically and smoothly pummeling during their warm up? Well, obviously never having interacted with one of these in my life, I was making my attempts to tame the stupid thing when one of the said muscly men told me I wasn’t supposed to do that with my gloves on. Oh. Right. Cue embarrassment.

Luckily the head instructor, Michael McDougal, realized I was in dire need of some extra guidance and pulled me off to the side for some one-on-one instruction. And it was a blast. He was an excellent and encouraging teacher, and he taught me the six basic boxing punches: left jab; right cross; right hook; left hook; right uppercut; left uppercut. I felt like Hilary Swank in Million Dollar Baby sans her ripped abs and general badassery, unfortunately. Maybe one day.

Kickboxing is definitely something I would like to continue to do two or three times a month, money permitting. I highly recommend everyone try it at least once. San Soo Tulsa is a family-owned business dedicated to teaching and encouraging others to be able to defend themselves when necessary, while also getting healthy and fit in the process.

Utilizing as many free and cheap resources as she can find in the 918 area, routinely forsaking her fitness comfort zone to discover effective workouts, and cooking more intentionally from home, Duncan is publicly documenting her progress in each issue as she works to lose 30 pounds in 2018. 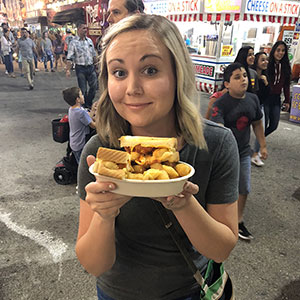 The Should Monster
You can’t force yourself to do something simply by invoking “should,” even though most of us do it so often we don’t even notice. 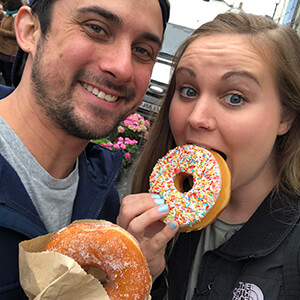 The Vacation Variable
Traveling can serve as a great reminder that there is so much more to life than militantly sticking to a clean eating regimen, or obsessively minding the numbers on the bathroom scale. 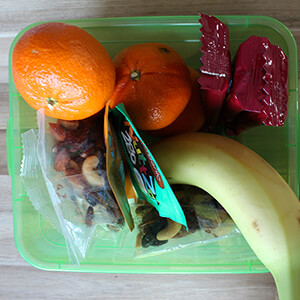 Motivation Makeover
In the fight to lose weight, do whatever you can to keep your goals sustainable and not miserable, which will allow you to gain momentum and build up to harder things. 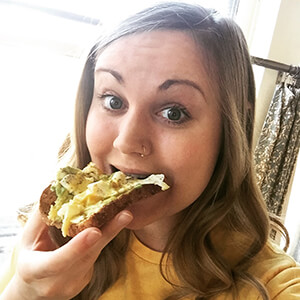 What Drives You?
A lot of changing one's lifestyle boils down to self-control and learning to live differently. Give yourself the grace to make changes slow, and the grace to keep trying after messing up.