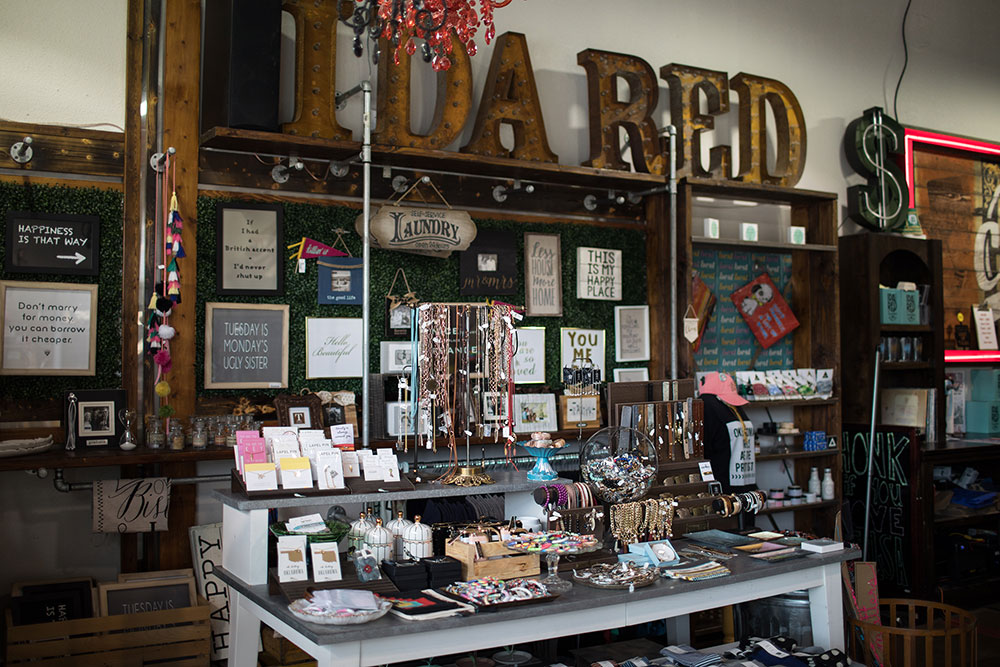 Whether you stop by Ida Red for a root beer float, nostalgic candy, a Tulsa-themed souvenir, or just to browse, the throwback mercantile is sure to have something that makes your day a little sunnier.

Do you have fond memories of buying penny candy as a kid? Do you love a good, fresh milkshake? Do you wonder where to take visitors when they want a locally themed souvenir, or maybe need to find a cute, kitschy gift for a friend? Then you’ll want to visit one of Tulsa’s favorite places to get nostalgic, locally themed gifts and more — the Ida Red General Store.

Ida Red’s current owner, Tulsa native Angelene Wright, has worked at the store since it opened in 2008 under the ownership of Alice Rogers. “I was hired as the store manager back in 2008,” Wright says. Her role evolved and grew over the years as she continued to work there. When Rogers was ready to sell the store in 2016, Wright and her husband, Jonny, decided to buy it. “It was just a natural fit for my husband and me to purchase it,” she says.

Natural, because Wright not only worked at the store for years; she designed some of its iconic merchandise, drawing on her experience studying art and graphic design at the University of Tulsa. “When the store first opened,” she explains, “it was hard to find Oklahoma and Tulsa products or anything to show off that you love Oklahoma or you’re proud you’re from Tulsa. So that was always something in my mind.”

Wright’s drive to champion the city began long before she started working at Ida Red. While other high school and college friends planned to leave the area after graduation, Wright planned to stay.

“I felt like I had what was almost like a little secret — that Tulsa is so awesome! The history here, the people, the community, the music that’s here is so special and so unique,” she says. “We’re right in the center of the United States, and everything mixes together and comes together right here in Oklahoma.”

Many of the items on sale in the store have been created from her designs or that she has participated in helping to create. Among her favorites is the Tulsa snow globe she helped get into production.

“It was designed actually in Australia,” she says. “I worked with a designer across the world to make a downtown Tulsa snow globe. They’re hand sculpted and hand painted. It was the most complicated product by far that I’ve ever made. It was really, really rewarding and exciting to see it get here.”

It is this mixture of inventiveness, persistence and attention to detail that has led Ida Red to become one of the leaders in stocking and providing space for Made in Oklahoma products. Even among the items Wright hasn’t designed or produced, much of the merchandise that can be found at the store is created by local makers and artists. “There’s a lot of personal meaning in all the things we sell,” she says.

One of the top selling items is the T-shirt that says, “I’ve never been to heaven, but I’ve been to Oklahoma,” from the song “Never Been to Spain” by Three Dog Night. Of course, Ida Red has plenty of other locally themed tees too — the selection is extensive, making it likely you’ll find exactly what you’re looking for.

The store is also the official Golden Driller retailer. “We have a lot of Golden Driller inspired items,” says Wright. “He’s a hit always. He’s like the stud of Tulsa.”

In addition, the store’s Tulsa-themed coaster collection is a hit with customers. Bearing images of Tulsa landmarks both new and old, the coasters can be mixed and matched as you please. “People can come and build their own set of the places that mean something to them,” Wright says.

You can find a solid selection of locally made food items too, which Wright says can be hard to find in one spot. Even the candy section is impressive, featuring lots of nostalgic, unusual, hard-to-find treats like Valomilk, Cherry Mash and other brands. There’s also a mix and match bulk candy section at Ida Red’s Brady District location.

“Our candy section reminds people of their childhood,” says Wright. “And being able to feel like a kid for 20 minutes is sometimes a good value.”

Another feature that is unique to the downtown location of Ida Red is its soda fountain, a throwback to earlier times that fits well with Wright’s vision of the store as a place to be nostalgic and have a good time. “I’ve always loved soda fountains,” she says.

Ida Red’s soda fountain is a blast to explore for many reasons. They have Weber’s root beer on tap — which, if you didn’t know, is a locally made root beer with a recipe that dates back to the late 1800s. It’s perfect for making root beer floats, which Ida Red of course serves. But if root beer is not your thing, then you can always opt for one of the store’s many milkshake flavors or try an egg cream, a New York-style chocolate soda that is whipped up so it’s foamy, light and refreshing (there are no actual eggs in it).

“We really researched old-fashioned drinks, what would you have gotten 50 years ago or more than that,” says Wright. “It’s been really fun to connect with the Tulsa community and what drinks they wanted. We even fine-tuned a few things to fit what was more common in Oklahoma.”

You can’t sum up Ida Red General Store better than those two words — fun and connection. “Ida Red is all about fun and brightening someone’s day,” says Wright. 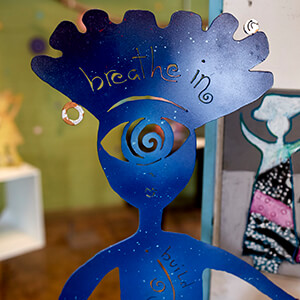 Art and Soul
A shop and gallery, Garden Deva offers whimsical garden and home décor, primarily from the creative mind of Lisa Regan. 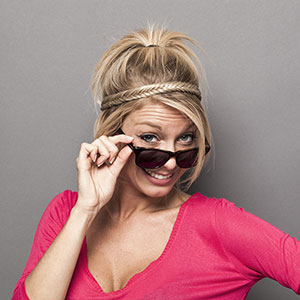 The Eyes Have It
When choosing sunglasses, consider proportion and balance to help flatter your face while protecting your peepers. 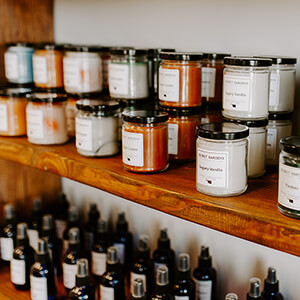 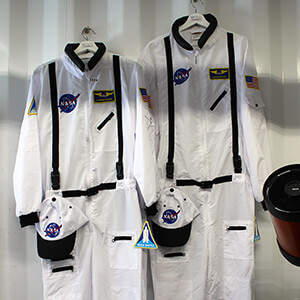 Cosmically Cool
The STEMcell Science Shop’s carefully curated products will have you feeling like you’re in a science museum as much as a retail store.