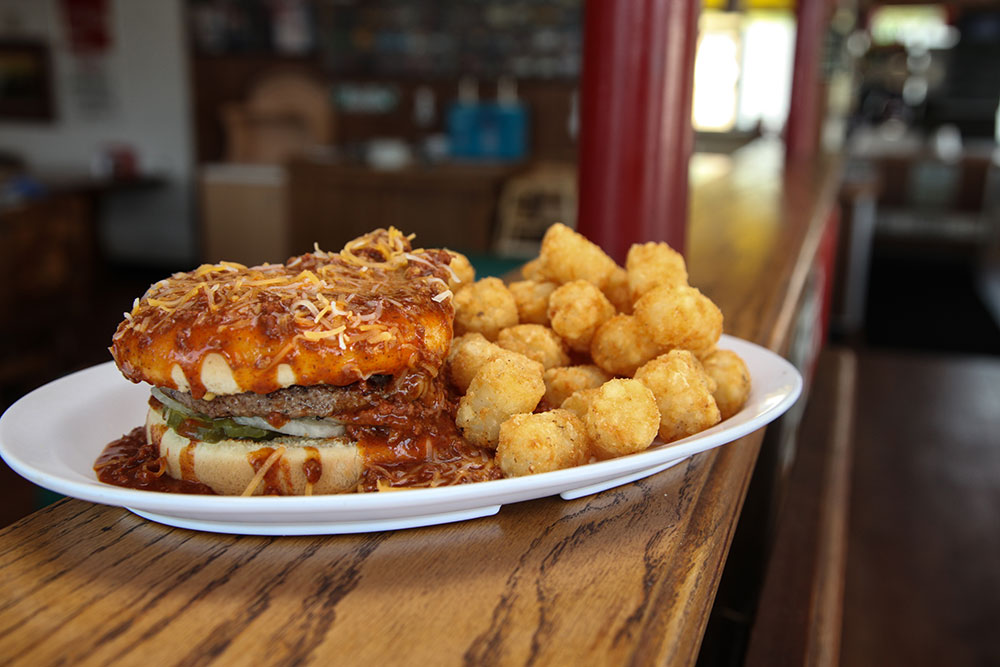 The burgers at Harden’s have been drawing Tulsans for decades like eager moths to their flame-grilled goodness. And with a food truck-style catering trailer, the reach continues to expand.

Harden’s Hamburgers at Fourth and Sheridan has a long, long history in Tulsa, nearly 90 years of it. Going all the way back to 1939, Harden’s has been around longer than some of our grandparents have been alive.

Quite a few folks around town could pick out a Harden’s hamburger in a blindfolded taste test. After all these years, the original recipe and flavor are still around — and it’s a bite of local history you must taste to believe.

Tony Rodriquez, Harden’s owner since August 2014, is not just a fan of beef patties between buns. He’s also a 21- year veteran manager of FedEx. He says it’s a devotion to a nearly century-old process that has kept Harden’s the first choice in hamburgers for generations of Tulsans.

“A lot of the same principles I’ve learned at FedEx,” says Rodriguez, “I’ve been able to apply here. We’re very structure-oriented, very process-oriented. For example, knowing how long it takes you to go from one place to another and back, and the same thing goes here [at Harden’s]. There are processes, and we’re working at improving them all the time but keeping the No. 1 process, and that’s customer service.”

Rodriguez says that people come back to the restaurant, not just because of the amazing burgers, tots and onion rings, but because of the relationships the staff makes with them.

“I try to get every employee to understand that customer service is the No. 1 thing they need to focus on. When they’re coming out to the lobby and they’re dropping food off, I tell them, ‘On your way back, stop by the customers next to them and ask how they’re doing. Get to know them.’ If they walk by 15 customers and don’t say hello to them, I feel like they’re wasting opportunities.”

It’s little processes like this that Rodriguez expects to be a part of Harden’s long after he’s gone. That includes, of course, the beef. Harden’s orders fresh meat every day from Tulsa Beef. Their age-old system of gauging how much meat to buy, so that unused patties rarely roll over longer than a day, is one that Rodriguez is constantly challenging himself to stay in touch with.

Another process in his venture as restaurant owner that has Rodriguez busy is his new food truck-style catering trailer. Since November 2016, after using some of his 401(k) to buy the trailer, Rodriguez has taken Harden’s to the people.

“We’re pretty efficient,” he says. “Within 45 seconds, we can pretty much take your order and hand you a burger as we give change. Again, because of some of the processes I’ve learned through FedEx, I’m able to train my people to refine the process to the point where we’re able to get a burger to you, quick and fresh.”

And Rodriguez keeps things moving in another way too — every month, Harden’s seems to be adding another event to its schedule.

“We did the Blue Dome Festival, the Norman Music Festival, and we’re doing Oktoberfest this October,” says Rodriguez. “There are still people who have heard of Harden’s but have never had one of the burgers. People say, ‘We’ve heard of it and now, having eaten it, it’s amazing.’ People love it.”

Faithful Harden’s customers would tell you that all the vintage metal advertisement signs displayed inside the restaurant are part of the nostalgia of Harden’s. Rodriguez says his wife, Lana, came up with the clever idea to take some of those, and similar type vintage signs, and have them fastened to the catering trailer. Now, the vintage feel and atmosphere of the restaurant can also be seen everywhere the Harden’s trailer goes.

On Friday and Saturday nights, the Harden’s trailer is set up at Boots & Diamonds on 81st and Memorial.

“We want to continue growing and growing the events we go to,” he says. “My wife does a fantastic job of constantly booking the trailer, and it wouldn’t be anything without her. We did a church in Owasso, and it was a great experience.”

The Harden’s trailer touts itself as a step up from a lot of catering services, in that they cook everything on-site.

“Some [catering customers] are used to having the food cooked at a restaurant and then brought in. The service brings it in, warms it up and then leaves,” says Rodriguez. “For us, the positive thing is that we stay and cook it there fresh. We will cook additional food as needed, and that makes us a little different than other catering businesses. We cooked for 500 people at one of the last events, and we cooked it fresh. They were getting their chicken and burgers fresh, and the whole experience was more than they expected.”

The Harden’s catering trailer is doing more and more employee-appreciation events, where in 30 minutes, after setting up in the company parking lot, they serve some of the best hot and fresh hamburger and chicken sandwiches in Green Country. 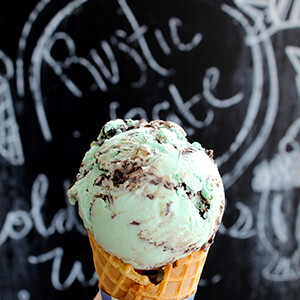 Sweet Spot
Rustic Gate Creamery is a treat of a shop where you can enjoy ice cream you rarely find anywhere south of Michigan, alongside nostalgic candies you and your grandparents remember from childhood. 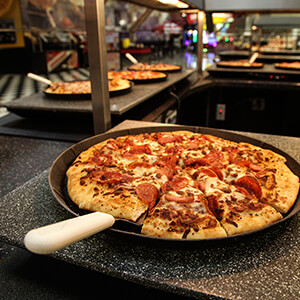 Play Fare
Incredible Pizza not only captures the spirit of a simpler time, but also offers some of the most fun you can have with food while allowing generations to connect. 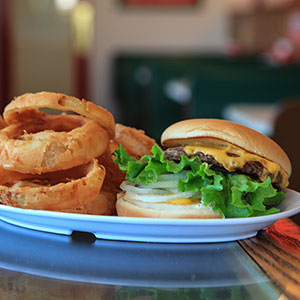 Meat and Greet
The burgers at Harden’s have been drawing Tulsans for decades like eager moths to their flame-grilled goodness. And with a food truck-style catering trailer, the reach continues to expand. 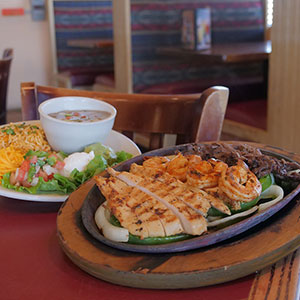 A Triumph of Taste
Gil Inkelaar’s El Chico on 21st Street works hard for those who work hard while offering an array of premium drinks, daily specials including filet fajitas, and a family-friendly atmosphere.