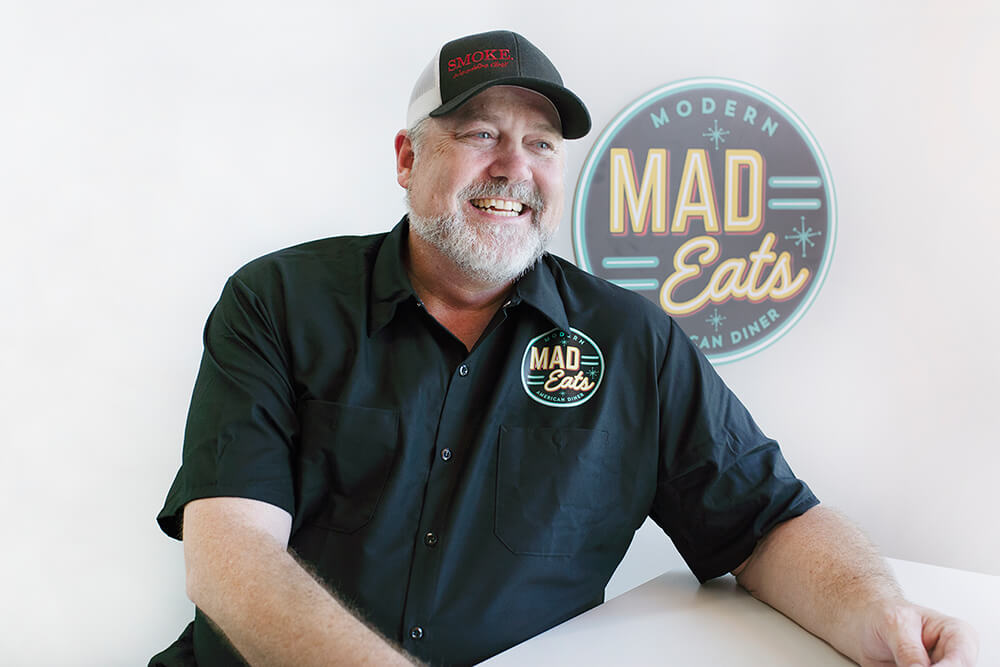 A scratch cook with a love for delicious food and fun dining experiences, Erik Reynolds has built a successful career with SMOKE. and is ready for his next culinary challenge in Owasso.

Today, there aren’t many ways for someone to climb through the ranks of a career track simply by learning and working hard. But one field that remains open to anyone if you can prove you have the right stuff is cooking. With the right blend of grit, creativity, talent and practice, someone can go from line cook to revered chef, without ever setting foot in a culinary school.

That’s the story of many chefs in Tulsa, including SMOKE. Woodfire Grill’s Erik Reynolds. A scratch cook with a love for delicious food and fun dining experiences, Reynolds has built a successful career as a chef and restaurant mastermind from the time he fell in love with cooking as a teen.

“I was inspired to become a chef through taking Home Economics in high school. It started that passion in food for me,” says Reynolds. He attended a vocational program through his local community college, studying management, before working as a restaurant manager in Colorado, Wyoming, and Texas.

“That corporate training was really good for me, but I always gravitated toward the kitchen,” Reynolds says. At 24, he moved to Colorado Springs, Colo., and apprenticed with a talented chef. Needing a second income, he joined the staff of Mulligan’s, a popular pub, as a line cook.

“Within a few months,” he says, “I had taken over their kitchen as executive chef. I was around 26 at the time.” There, he was able to experiment, something he clearly loves. “We were doing elk, venison, and anything else we could think of,” he says. “I got to do whatever I wanted to.”

Reynolds then moved to the Austin area with his wife, who was transferred there for work. “I got in with Jeffrey’s, a high-end restaurant, and worked with really good chefs there. That’s where I learned to put flavors together and really taste food.” After that, he worked for a boutique catering company that handled events for Austin’s elite.

After several years, Reynolds and his family moved to Tulsa. He found his new opportunity, SMOKE., through a bit of serendipity. “I placed an ad on Craigslist,” Reynolds says. “One of the original partners of SMOKE. contacted me.” After talking, creating a sample menu and showing off his cooking skills, Reynolds was offered a position at SMOKE., and the rest is history — a good thing for Tulsa foodies.

At SMOKE., Reynolds’ signature style of experimentation, creativity, and great food attracts a loyal following. “I have always felt if a meal looked good and it tasted good, you did something right,” says Reynolds. “I have always played to what I like.”

Playing to what people enjoy eating is what makes SMOKE. so popular. The restaurant is upscale, yet also warm and relaxed, with excellent service and intriguing, savory dishes like the crab-stuffed catfish, buttermilk-fried quail, grilled Gulf oysters, and the popular two-person sharable butcher’s block, which makes a great date night treat.

“I like to create food that’s interactive,” Reynolds says, “like our chef’s butcher’s block. It features four types of protein, three different sauces. You can cut meat off. It creates a cool dining experience. It gets people talking about the food. There’s a huge wow factor, and it’s fun for people to eat that way.”

SMOKE.’s brunch menu also highlights Reynolds’ love of great foods and fun dining. ”We have a hugely successful weekend brunch,” he says. “It’s everything I liked to eat at 2 a.m. after leaving the bar.” The menu includes hearty items like steak and eggs, chicken-fried pork loin, and pork green chili poutine. ”People have totally taken to it.”

Not content to rest on his laurels, Reynolds and his business partners, the Coulters of Coulter & Company, are building the mixed-use development SEVEN6MAIN in downtown Owasso. SEVEN6MAIN is a three-story, 42,000-square-foot development with luxury condos on the third floor, office space on the second floor, and retail and restaurants on the first floor.

“We’ve been inspired by the positive economic growth in Owasso,” says Reynolds. “All of us living there know the area needs something. My partners, the Coulters, bought the land and are doing the development. I’m working with them on the restaurant side.”

First, Reynolds and his team will open a second SMOKE. at SEVEN6MAIN. The space offers plenty of dining space and cool features. “We’ll try to duplicate SMOKE. in Owasso and see how it goes,” says Reynolds. “We’ll do some tweaking to the dinner menu to accommodate families there, exactly like we’re doing now on Cherry Street.” The new SMOKE. is scheduled to open this November.

Next, the SEVEN6MAIN space will open up a second restaurant run by Reynolds — a totally new concept he’s calling MAD Eats (short for Modern American Diner), which is expected to open sometime in January 2019. “I wanted to do a modern American diner without being pigeonholed into a certain style of food,” Reynolds explains. “A diner opens up a lot of opportunities. There’s nothing I can’t do with that.”

MAD Eats will offer something for just about everyone. “We’ll be doing brunch all day, every day,” says Reynolds. “There will be really creative fun brunch food all the time, mimosas, bloody marys, poutine with tater tots, a full bar as well, ridiculous milkshakes. We’ll have a street taco section, creative mac and cheeses, cool sandwiches, a few entrees, frozen drinks like lemonades that will come in kid and adult versions, and homemade pies.”

To add to the sense of fun while dining, MAD Eats will also offer games like a giant Jenga, Connect Four, cornhole, and others. “People will be able to hang out and drink and have fun,” says Reynolds. 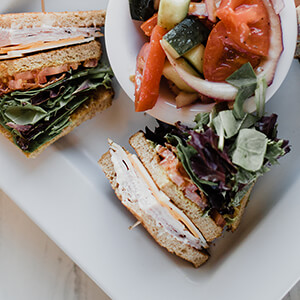 Fresh Perspective
The Germans might have invented the deli but McAlister's Deli has made the concept its own with sandwiches and wraps overstuffed with choice cuts, iconic ice tea, next-level spuds, and a brookie. 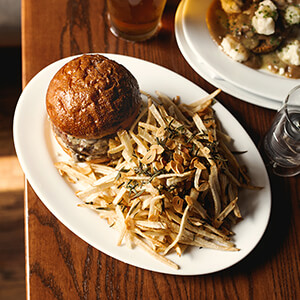 Beyond Burgers and Beer
With an aesthetic that straddles comfy pub and buzzy brasserie, The Tavern pays serious attention to its bar menu while satisfying cravings for seasonal plates and inventive casual eats alike. 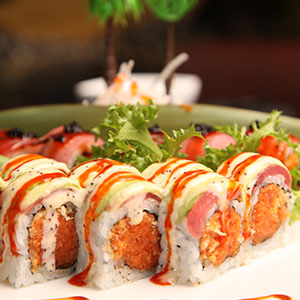 Treasures of the Sea
Raw-fish fans are flocking to Sushi Hana for its healthy, creative range of flavorful Japanese offerings sourced both locally and overnighted from Hawaii. 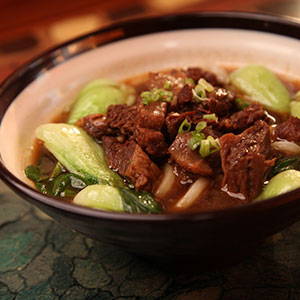