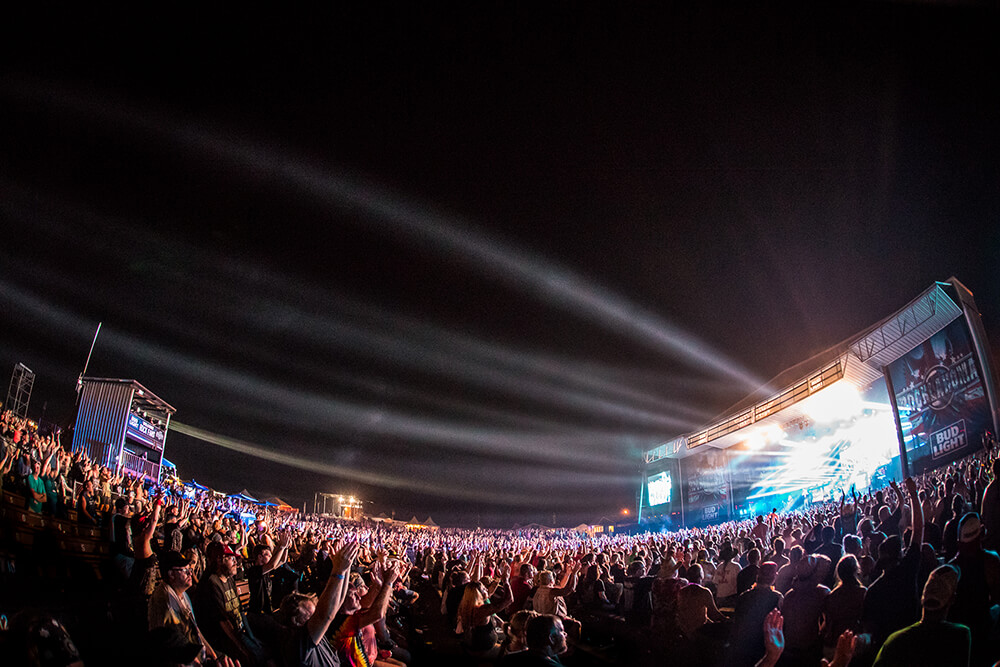 Let There Be Rock

Rocklahoma may have started as a festival built around ‘80s hair bands, but over the years has developed into much more, blending modern and classic rock.

As Memorial Day weekend approaches, rock fans across Oklahoma and surrounding states are gearing up for what has become an annual tradition: Rocklahoma, the weekend-long rock festival. This year’s headliners are Shinedown, Korn, and Disturbed.

More than just a concert festival, however, Rocklahoma has become a community of sorts with fans coming for the music, but building friendships that have lasted over a decade for some. At this point, Rocklahoma is as much a reunion of old friends and reconvening of the community as it is about the music, a phenomenon that even the promoters and event organizers recognize.

“Rocklahoma is pride, culture, and community,” says Rocklahoma producer Mike DuCharme of AEG Presents. “Our fans grew up coming here, and now their children are following suit. We shared the same enthusiasm and vision and worked hard to make sure there was something for everyone.

“More than anything, at least from a booking perspective, Rocklahoma is just a straight-forward rock festival. Whereas others play to certain niches, Rocklahoma is mainly straight up the middle and very consistent with its fans. We’ve got current active rock bands with some newer acts and some heavy and hard rock, but it’s all pretty focused on rock fans.”

Rocklahoma, in its 13th year, may have started as a festival built around ‘80s nostalgia, but over the years has developed into much more, blending modern and classic rock to find a balance that keeps old fans happy while growing the audience and bringing new fans to Northeast Oklahoma.

Conducting an event of this magnitude always presents a mountain of challenges, and this year has been no exception. Contingency plans are a rule, and while the weather is still a concern, especially after partial rain-outs in 2014 and 2017, organizers hope that their biggest challenge is out of the way.

Initially announced as the headliner for Saturday night, Ozzy Osbourne canceled all tour dates for 2019, including Rocklahoma. That left organizers scrambling just seven weeks before the festival.

In a week, a plan was in place, and Korn replaced Osbourne.

“Getting Ozzy this year was a big deal for us, so of course we were let down that he had to cancel, but that’s something that’s out of our control,” says DuCharme. “We wish him well and hope he gets better quickly. Once he does get healthy, hopefully, we can revisit bringing him to Rocklahoma in the future.

“Finding someone to fill that spot just 50 days out is very challenging, because most bands already have their touring plans in place for the summer, and they’ve got full crews to consider. Fortunately, Ozzy’s agency worked with us and helped us get things locked in. We’re happy that we were able to get Korn confirmed, and I think that the band works well for Saturday’s lineup.”

Organizers have been focusing on more than just the bands on the bill this year, though, intent on expanding the overall experience for those in attendance. New to the festival are three features. The Roadhouse gets the party started early, opening at 11 a.m. each day with the D&B Processing stage, featuring local favorites, tribute bands, and nightly headliners like Lita Ford and Ace Frehley. The Roadhouse will also feature food trucks, a full-service bar, and a centralized place for fans to gather with friends.

Also added this year is Burgers, Brews, and Barbecue, providing a place to sit down and enjoy some great food from local and regional barbecue specialists. The ROCK 66 Market will provide a localized spot to shop for unique gifts, charge your phone, meet up with friends, and grab a cold drink.

“We’ve moved the second stage so that it’s near the main stage and changed some of the layouts of the festival,” DuCharme says. “We intended to improve the fan experience by making it easier and more enjoyable for everyone.”

Even with the bands and amenities, what has proven to make Rocklahoma something exceptional has been the sense of community and friendships that are created and reignited at the festival. Jimmy and Jill Sullivan have traveled to Rocklahoma from Longview, Texas, nearly every year since it launched in 2007.

“We have made it known to the masses that this weekend is taken,” Jimmy says. “It would take something major for us to miss.”

Over the years, attending Rocklahoma has become as much about meeting up and spending time with friends old and new as it is about experiencing new music and seeing some favorite bands from the past.

“It’s been such an amazing evolution,” Jill says. “We have met people from different places we would never have encountered were it not for Rocklahoma, and we have made lifelong friendships. We have run into high school friends, people we’ve met at other concerts [in Texas], and have brought many others from Longview.”

Spending a weekend away is all about making memories, and although the Sullivans and their friends initially came for the bands and still enjoy the concerts, Jill says, “Those late nights singing at the top of our lungs to our campground speakers will be the moments I cherish the most.”

Once you attend Rocklahoma, you become part of the community. Come rain or shine, or even when replacing a headliner due to uncontrollable circumstances, the Rocklahoma family shows up every year to see some old favorites, discover some new music, and make lifelong memories with friends both old and new.

Lineup and set times are subject to change. 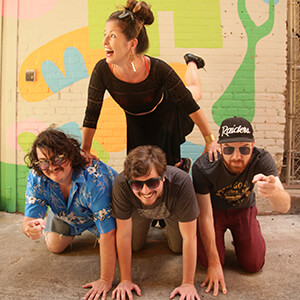