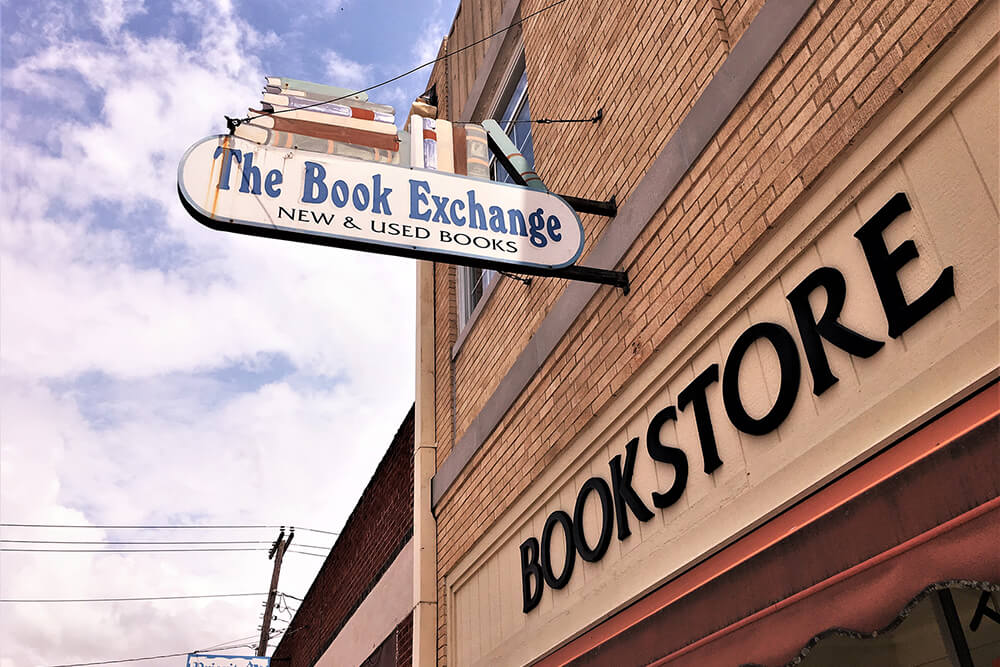 Keys to the City

Google may have helped put Pryor on the map, but don’t miss out on the great pizza, beer, movie watching, geeking out, and golf that this Mayes County community offers.

Some interesting towns in Green Country are only a stone’s throw away from Tulsa. So many of them don’t get the attention they deserve. A short 45-minute road trip, heading northeast of Tulsa, will take you to Pryor Creek (or Pryor, for short). It’s named after Nathaniel Hale Pryor, a U.S. Army sergeant who received permission to trade with the Osage Nation. He established his trading post on the Grand River in 1820, where Pryor Creek is today.

Pryor once served as a stop along the famed Texas Road cattle trail, and later became a railroad stop in 1870. But over time, Pryor Creek experienced what many former railroad towns across the Midwest have experienced. The railroads became less active, trade moved, and highways shifted.

But Pryor has survived these changes because it has become home to several prominent firms. The MidAmerica Industrial Park is one of the most significant industrial complexes in the U.S., housing more than 80 firms, including Fortune 500 companies like Google, which has a large data center there. Also, Pryor Creek offers cultural events that appeal to the surrounding areas — such as the annual Pryor Creek Comic Convention, held in January; Oklahoma’s massive rock festival, Rocklahoma, which takes place yearly in May; and the DAM J.A.M. Bicycle Tour, held annually in September.

Here are some other attractions you can check out any time of the year you’re in the Pryor area.

Fat Toad Brewing Company
3986 W. 530 | Pryor
Open on Thursdays, Fridays, and Saturdays, Fat Toad is one of many breweries in Green Country. But with most of those local ale makers located in Tulsa proper, it’s nice to know that other towns are serving up their own brews too. Pryor resident David Miller owns Fat Toad. The vibe of the place is welcoming and laid back, with a touch of rural class. Be sure to try their French-style Saison de Crapaud and their American Black Ale, which are rich in homemade flavor. They don’t serve food, but you can bring your own in.

Pryor Creek Nature Trail
Pryor Creek Road | Chouteau
Though it has a Choteau address when you Google it, the Pryor Creek Nature Trail wanders, as its name indicates, through the Pryor area. Constructed by the U.S. Army Corps of Engineers, the 6-foot-wide path is ideal for walkers, joggers, and bikers looking to get a workout in the beauty of the outdoors. It’s also suitable for mountain biking. There are several access points to the trail from both Pryor and Chouteau, so if you’re interested in checking it out, visit the trail’s website for more information.

Sam & Ella's Chicken Palace
2209 S. Elliott St. | Pryor
Yeah, we know… This one plays a bit of a joke on your eating habits. But you won’t get sick of eating here when you’re in the Pryor area. Sam & Ella’s Pryor location is essentially a little hole-in-the-wall, takeout only joint. You’ll feel like you’re visiting a small mom-and-pop eatery. They have several tasty sub sandwiches and salads, but what you want to go for is the pizza, which is decadent, thick, and filling. We like the specialty Meatza pie, topped with sausage, bacon, and ham. But you can always create your own from a whole list of topping options. (Hint: Take it over to Fat Toad, and eat it there with a flight of beer.)

Allred 5 Theater
E. Graham Ave. | Pryor
Most towns have a theater of some kind. What’s cool about the Allred is that it has been in existence since 1917. So, when you walk in, you feel a bit like you’ve traveled into the past, just with plenty of popcorn available. Visitors enjoy the building’s vintage feel, as well as the friendly staff. No, you won’t have the amenities you get at the Warren Theater in Broken Arrow, but you get something else worth having — a taste of historic charm and a connection to generations past.

Pryor Creek Golf Club
724 E. 530 | Pryor
If you’re a golfer, it’s worth considering a trip to Pryor to test out the golf club. This 18-hole, par 72 municipal course, located in the town’s Earl Ward Park, offers a variety of putting and practice greens as well as a full course. Play a full round of golf, hit a bucket of balls on the driving range, or swing by the pro shop to add a few golfing tools to your collection. The club is also available to host tournaments, making it an excellent spot to consider for corporate or fundraising events.

Mayes County Cultural Center/Graham Community Center
6 N. Adair St. | Pryor
Formerly Pryor’s city hall building, the Mayes County Cultural Center is home to the Pryor area’s Arts and Humanities Council. The Council hosts art shows and galleries, provides art classes to the community, and offers rentable studio space for artists to use. Right next door is the Graham Community Center, which hosts many local events both big and small. This is where the Pryor Creek Comic Convention is held, and if you’re a fan of geeky things, this small but vibrant convention provides an affordable experience highlighting local creators and collectors. 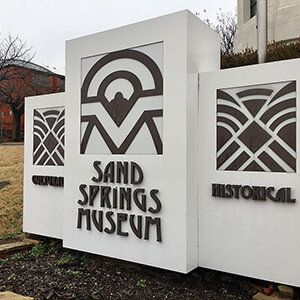 Crossing the River
Sand Springs features treasured old haunts, niche shops, specialty doughnuts, and wine — all worth checking out when you look just a bit further west of Tulsa across the Arkansas River. 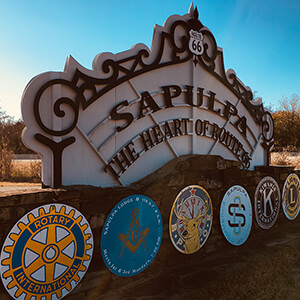 Crossroads of America
Sapulpa has had its share of ups and downs but remains a thriving small-town community that offers a getaway for anyone looking to take a unique and satisfying day trip. 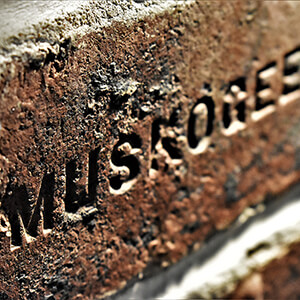 Historic Resurgence
Though the area suffered landmark flooding in May 2019, Muskogee is back on its feet and in the process of pushing forward. 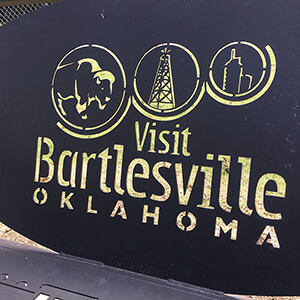 The Black Gold Burg
With Bartlesville’s significant role in our state history and plenty of money having been invested in its landscape, this former oil capital offers a thriving cultural community and attractions.