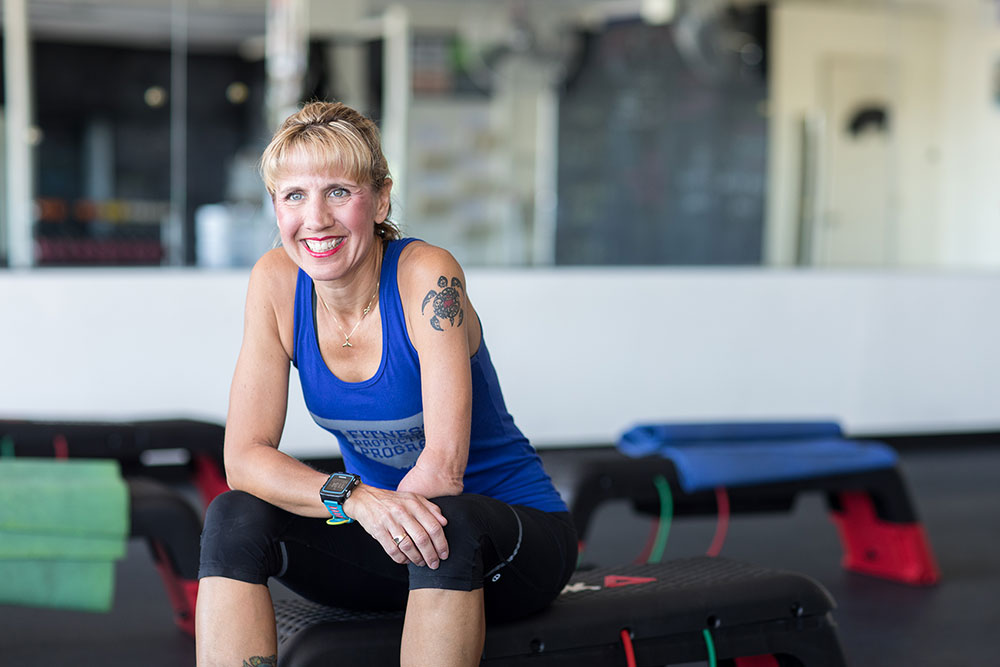 From mothers losing their baby weight to recuperating athletes getting back into shape and more, Julie Courcier’s gym has produced many success stories including her own.

With summer upon us, it’s not surprising that we’re looking in the mirror and assessing how we look and feel. Getting fit and healthy takes effort, no doubt about it. But it’s even more taxing when you realize it’s time to shed the extra pounds you’ve put on slowly over the years.

Fortunately for people in that position, as well as anyone else who wants to improve their fitness, there are people like Julie Courcier, owner-trainer at Fitness Protection Program in Tulsa. Since it opened in 2013, Courcier’s gym has produced many success stories — from mothers losing their baby weight to recuperating athletes getting back into shape and more.

Courcier has an impressive story of her own when it comes to getting fit. Born with a physical defect — her left arm ends right below the elbow — she has had to learn to work around her physical limitation.

“I don’t know if it has motivated me,” she says, “but I do know that when somebody tells me I can’t do [something], I want to.”

It certainly hasn’t stopped her from pursuing challenges of all kinds, including losing weight close to age 40, which a lot of people just give up on. “I kept seeing my weight go up just a bit every year,” Courcier explains. When she talked with her doctor about it, he said, “That’s to be expected as you get older.” It got her blood boiling.

“It just made me mad,” she says. “Just because you get older, you [don’t] have to get less healthy. So I started running for enjoyment and fun, and I started losing weight.” With a serious commitment and a lot of sweat, she dropped from a size 12 to a size 2. But her focus wasn’t the number of pounds she lost; it was being healthy and challenging herself — something that characterizes just about everything she does.

Her next personal challenge? Marathons. But as with starting any workout plan or losing weight or getting fit, Courcier didn’t get there overnight. She built up to it, starting with 5K races. Though she has participated in 22 marathons in 18 states so far — her goal is to run in all 50 states — Courcier started her quest with Tulsa’s Route 66 Marathon in 2009. “It was amazing,” she says.

Lest you think that Courcier ended her sports questing with marathons, think again. She competed in her first Ironman Triathlon October in Louisville, Ky. She spent nine months training for it, and plans to do her next one in Chattanooga, Tenn. this fall.

To compete in the triathlon, Courcier needed some engineering help. Through some creative ingenuity by her husband Mark, and Jonathan, a mechanic at Tulsa’s Phat Tire, Courcier’s first competition bike was equipped with a fitted armature. Her new competition bike is even more customized. “It looks like something out of some kind of space movie,” she says. “The armature is amazing, and they put electronic shifting on it to make it easier so I don’t have to move my arm as much.”

Between the marathons and triathlons, you’d think Courcier would have enough on her plate. But she wants to help others get fit too, which is how Fitness Protection Program began.

“I started going to bootcamp when I had an IT band injury in my leg,” she says. “My chiropractor told me I needed to cross-train. So I started going to a bootcamp and just started working out. I enjoyed the atmosphere and the camaraderie there.”

Courcier talked to the bootcamp owner about becoming a trainer, something she wanted to do when she retired from her job as a district manager at Bath & Body Works. The bootcamp owner helped Courcier get her certification as a trainer. Her husband encouraged her to start her own gym immediately, rather than waiting until retirement. Thus, Fitness Protection Program was born.

And it’s just as satisfying as any other challenge Courcier has taken on. “When you find somebody who didn’t know how to do a pushup before or had a shoulder injury, and they couldn’t do it but now they can — just being a part of that is a pretty amazing experience,” she says.

Fitness Protection Program focuses on a different body workout each day. Exercises involve body weight, dumbbells, medicine balls, steps, plyometrics and other small equipment, as well as some cardio. Classes are good for all fitness levels, from newbie to athlete. If you’re just getting started, you can walk in and participate without fear.

If you’re nervous about starting, Courcier says, don’t be. “The best thing for someone to do is come in and try the first class,” she says. “Everyone started somewhere. We’re all on that journey. And if I can get them in here to try one class, they’ll see that everyone looks different, nobody’s scary, nobody’s judging them.”

Classes are 40 minutes long, and all you need is your workout clothes. Courcier will work with you to see what level of exercises are good for you at the beginning, and then will help you level up when you’re ready.

So, what’s the secret to getting fit at 40 — or any age? “You have to just stick at it,” says Courcier. “It takes time. I think the best thing to do is, if you’re not someone who can motivate yourself, then find somebody who can go on the journey with you, someone who supports you and knows what you’re going through.” 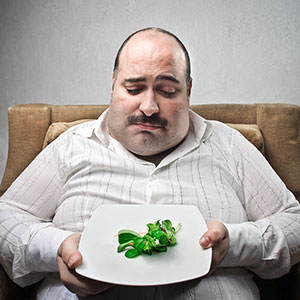 Kernels of Truth
So you've decided to start eating healthier. Great. But before you stock up on those gluten-free snacks or begin a cleanse, make sure you separate fact from fiction. 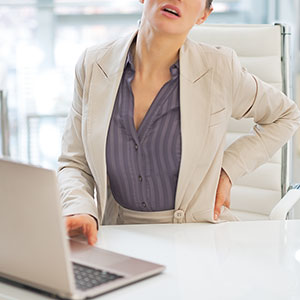 Work in Progress
Don’t let your day job ruin your workout regime. There are a number of healthy and active ways to change your lifestyle, get your body moving and raise energy levels at the office. 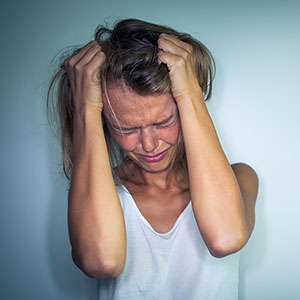 Preventing Suicide
There are no easy answers for helping someone struggling with depression. But here are some tips from experts. 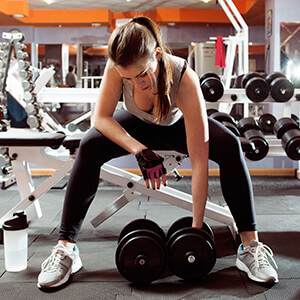 Rise and Shine
The best time to work out is always going to be whenever it works for you. But keep in mind that there are benefits to starting your day with a sweat session, rather than ending it with one.