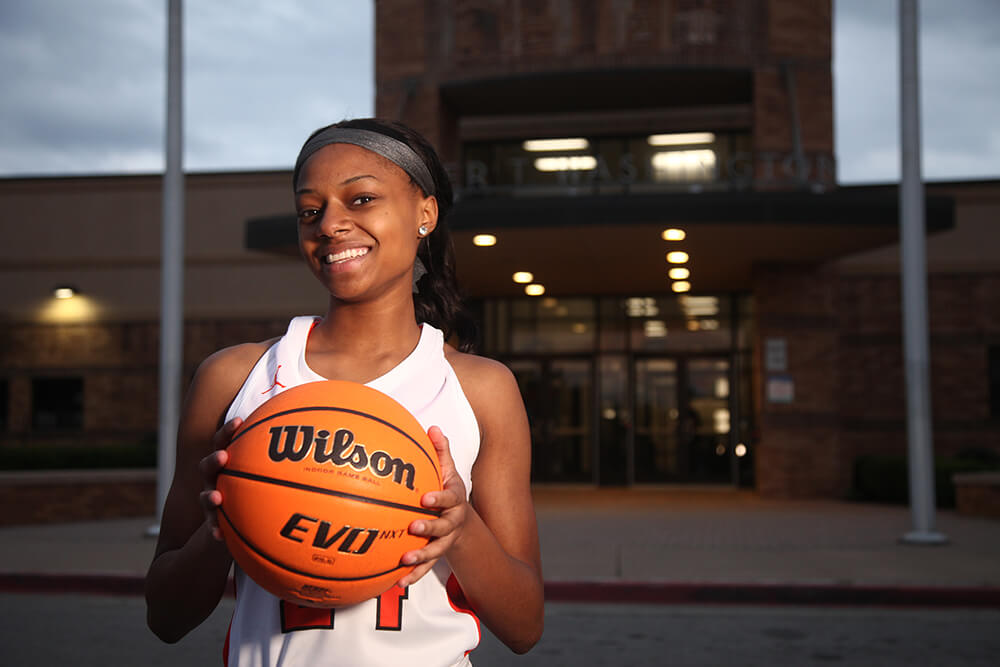 Despite being recruited by several high-profile programs, Wyvette Mayberry’s opportunity to stay in Tulsa, become teammates with her sister, and play for her father at ORU was just too much to ignore.

Wyvette Mayberry’s life has been dominated by basketball.

The senior at Booker T. Washington High School grew up in a family consumed by the sport. Her dad, Lee, starred at Will Rogers High School in Tulsa, the University of Arkansas (helping lead the Razorbacks to the 1990 Final Four) and then in the NBA for seven years with the Milwaukee Bucks and Vancouver Grizzlies. She also has three older sisters who have played Division I college hoops as well, including her sister, Maya, who is three years older and currently attends Oral Roberts University, where Lee is the assistant coach.

The family connection is so tight that Wyvette has already committed to ORU for next year, despite being recruited by several other, more high-profile programs. The chance to stay in Tulsa, become teammates with her sister, and to play for her father was just too much to ignore.

“It was more like a family decision,” Mayberry says of choosing ORU. “My dad’s there, my older sister’s there. She’s sitting out this year, so I will get to play two years with her. And then I just liked the coaching staff, being close to home, so that’s why I made that decision. To be around the family, and to play for my dad is something I think will be cool.”

“I told her, ‘Make the best decision for you because you’re the one that’s going to do all the work,’” Heyva says. “I think at the end of the day some people would say, ‘She could have gone to a bigger school,’ and she could have, no doubt about it. I don’t know if there’s any school that would have been a better fit for her, with the family piece playing a role. I think her family has always been the biggest driving force.”

Mayberry always knew this would be her destiny. Growing up around her sisters had a significant effect on her, as they competed with each other. And being the fourth of five (she also has a younger sister, Rhyian, in middle school) always induced her to work even harder to keep up. Taleya helped Booker T. Washington win two state championships (2008 and 2009) before playing four years at the University of Tulsa (2009-13) and is now an assistant coach at TU. Kaylan also won a state title at Booker T. in 2013 and played at ORU from 2013-17, while Maya is redshirting now after her sophomore year at ORU.

“I always knew since I was a little girl that I was going to play basketball,” Wyvette says. “Just watching my older sisters play, I always looked up to them, I always wanted to be like them, score as many points as them, so it’s really shaped me and just made me want to go 10 times harder so maybe I could accomplish more things than them. It’s just always encouraged me to be a better player. [There was] a lot of competition. Them always talking noise — it was always competition.”

And of course, the influence of her father has been massive, mainly because he coached her during her formative years.

“He coached me from like fourth grade to eighth grade,” Wyvette says. “But with all my sisters, he’s coached every last one of us.”

She pointed out that having such a famous and knowledgeable father could be both positive and negative at times.

“Yes, it could be both,” she admits. “It could be intimidating because sometimes you feel like there’s so much pressure on you, but then also, it’s a blessing, because to have a man like that in my life to teach me stuff — it’s a blessing. I learn a lot from him.”

Lee’s coaching duties led to the family moving around the last few years as he took different coaching jobs. After living in Tulsa through sixth grade, Wyvette moved to Fayetteville, Arkansas, for her seventh-grade year when Lee was hired as an assistant coach for the University of Arkansas men’s team.

She played on Fayetteville High School’s Arkansas Class 7A state championship squad as a freshman in 2016-17, with Maya playing a starring role as a senior. Then as a sophomore, she moved to Pine Bluff, Arkansas, when her dad became an assistant at Watson Chapel High School before returning to Tulsa for last season when Lee joined ORU’s staff.

Wyvette acknowledged that it was a bit difficult adjusting to three different high schools (and basketball teams) in three years, but she made it work.

The fact that the last move was back to Tulsa, where she still had friends, and where she had been returning for frequent visits, made the transition to Booker T. much smoother.

“It’s been great. It’s been a lot different from the other high schools I’ve been to, with the school spirit, football games, pep rallies, and everything,” Mayberry says.

Heyva noted that it was Mayberry’s affable personality and humility on the court that made her fit in so easily.

“She went to middle school with some of the girls who are here now. Her game is what made the transition so easy because if you’re open, she’ll give you the ball,” Heyva says. “She was never like, ‘Man, I got these offers, so I got to get this many shots.’ It was just that she desired to fit in. She doesn’t mind the shine going to other kids.”

Booker T. Washington went 16-11 last year, eventually falling in the Class 6A area playoffs, one game before reaching the state tournament, and Mayberry is determined to advance further this season.

“I feel like we have a lot to prove because of how we ended last season,” she says. “We didn’t even make it to state, which is a huge disappointment. I think the team is excited about the season, and we’re ready to go out and show what we can do.”

Heyva has high hopes for what Mayberry can accomplish with the Hornets this season.

“She is a super-coachable kid. She is probably one of the best players I’ve ever coached,” Heyva says. “She’ll take coaching. You can push her. She plays defense and offense, and she’s probably unselfish to a fault. I think her best quality as a player is she’s not afraid of the moment. She’s not afraid to take the big shot. She’s played so much basketball that she knows there’s one more play, so she doesn’t get too high or too low.” 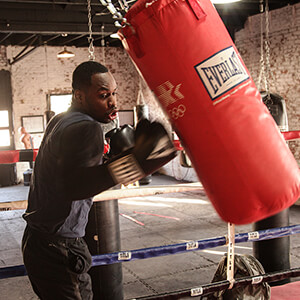