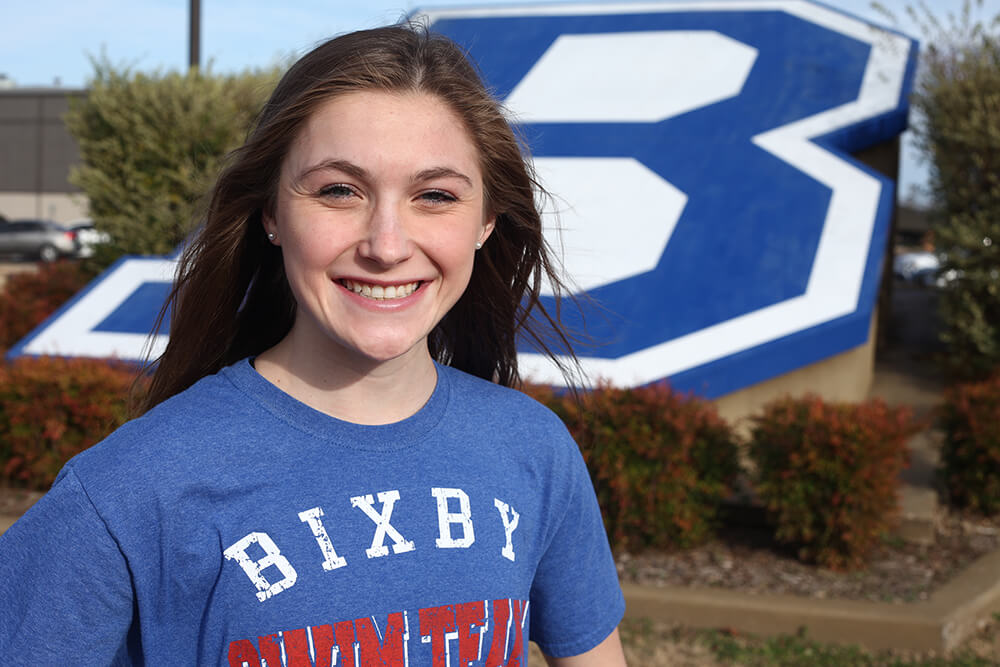 Kendall Stieben started as a runner, but after taking on swimming in middle school to stay in better shape during the offseason, she ended up being better at it and liking it more.

Now, after a nagging running injury forced her to have knee surgery in March 2019 and subsequently endure five months of grueling rehabilitation, the Bixby senior is back in the pool for her final high school swimming season, seeking an individual state championship.

Thankfully, Stieben isn’t feeling lingering effects from the injury and is ready for a strong season, both individually and for the Spartans as a team, which finished third at last year’s 6A state meet.

“I’m super excited because I’ve had a few meets already, and my comeback is going great,” she says. “I’m hoping I can win state in the 50 meters and 100 meters, or maybe the 200 meters, and I’m hoping our relays can do well. Last year, we got second at state, and it was pretty close. Our girls are working hard, so I feel like we have a good shot at it. As a team, we got second at the all-state preview meet (November 2019). It’s looking good.”

Even though she gave up running cross-country and track during her sophomore year, Stieben dealt with the ongoing nagging pain from her injury throughout the last swimming season. She still enjoyed a strong junior year, placing third at the 6A state meet in both the 50-meter freestyle and 100-meter freestyle races, as well as helping the Spartans’ 400 freestyle relay squad finish second, and the 200 medley relay take third. After that, Stieben finally opted to undergo surgery.

“It was an overuse injury [from running]. I tore my hamstring tendon where it connects to my knee, so I got it repaired, and I was out the entire summer,” says Stieben.

Stieben, who is already committed to attend SMU in Dallas next year, admits that the rehab process was long and arduous, but she’s fully healed and as strong as before.

“It was tough. I was in a full-leg cast for six weeks. I couldn’t put any weight on my leg,” Stieben explains. “And then I got out of that and into a brace. My entire summer consisted of PT. I would do physical therapy three times a week in the morning, and slowly but surely, I built up my strength. Starting in August, I got a personal trainer after I graduated out of PT.”

Many people rehabbing major injuries have a more difficult time with the mental aspect of it, but Stieben maintained a positive attitude.

Bixby swimming coach Christa Thompson acknowledges she wasn’t concerned about Stieben’s ability to rebound from the surgery and return at full strength.

“She’s tough mentally,” Thompson says. “She always works hard, and even when she was doing physical therapy, she worked hard at that, and she’s back on track. She’s getting the same times she ended with last season, so I’m not worried about anything with that.”

Still, Stieben is glad the whole thing is over, and she can move forward.

“It’s good to be back,” she says. “That feeling of racing again, it’s the best feeling ever.”

The competitive rush she gets from swimming is similar to what previously attracted her to running, and ultimately is part of why it replaced running as her primary sport. But that certainly wasn’t Stieben’s intention when she first began it.

“I guess I just started swimming in middle school because I wanted an extra sport, and it was good cross-training for running,” recounts Stieben, who also played soccer at the time but gave that up in eighth grade to devote more time to swimming. “Eventually, I stopped running, and I focused on swimming. Best decision I ever made, because I enjoy it a lot.”

Part of that was because she was so good at it, although she was good at running, too. She placed 11th as a freshman at the 2016 6A state cross-country meet, and then excelled at the 6A state track and field championships later that year, finishing eighth in the 800 meters, 11th in the 1,600 and 12th in the 3,200. She finished 39th at the state cross-country meet as a sophomore.

“She does well in school, works hard, and does everything she’s supposed to do to be successful,” Thompson says. 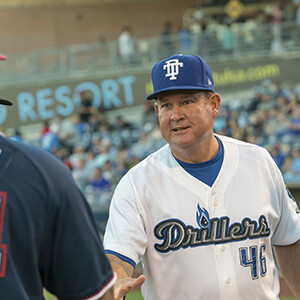 In for the Win
The Drillers will likely have a lot of familiar, playoff-tested players back this season as the Scott Hennessey’s squad competes for its second consecutive Texas League championship. 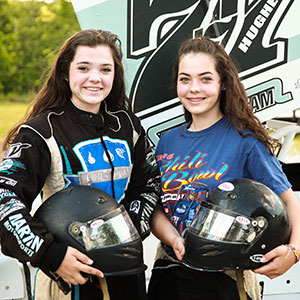 Ride and Seek
Teenagers Bailey and Jaiden Hughes are not just spinning their wheels driving 1,500-pound machines around the track; the sisters are in search of groundbreaking success.