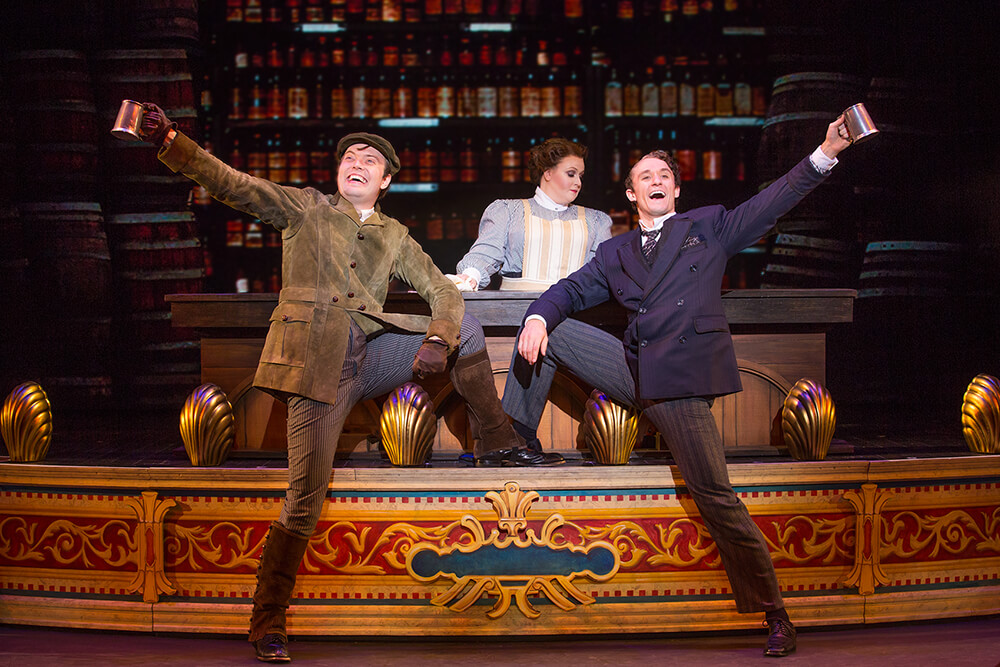 As crafty as it is silly, A Gentleman’s Guide to Love and Murder kills it with lighthearted murderous intrigue and romantic frivolity that will have you questioning whether crime really does pay.

What could love, murder, music and comedy possibly have in common? That’s easy — they’re all elements of the award-winning Broadway musical, A Gentleman’s Guide to Love and Murder, which is visiting Tulsa for the first time this month as part of its second national tour. And oh boy, do the laughs and the ( fake) blood flow in this raucous black comedy about reversals of fortune, fortune-seeking, and criminal enterprise.

Based on Roy Horniman’s 1907 novel Israel Rank: The Autobiography of a Criminal, A Gentleman’s Guide to Love and Murder was adapted into a stage version that debuted to great success on Broadway in 2013. Since then, the musical comedy has received much critical acclaim and was named Best Musical by the Tony Awards, the Drama League, Drama Desk and Outer Critics Circle. It even received a 2015 Grammy Award nomination for Best Musical Show Album.

So, its debut in Tulsa is something that theater lovers will not want to miss. And since the show will only be in town for eight performances, you’ll want to make plans to get tickets right away.

“Don’t let the newness of the musical or the word murder in the title throw you,” says actor James Taylor Odom, who plays eight characters (all members of the aristocratic D’Ysquith family) in the show. The music, the laughs, the costume changes, the comeuppances — they all provide a naughtily black comedy riot of fun. “Be willing and prepared to laugh,” says Odom. “Just know that you’ll have a blast.”

As the story begins, antihero Monty Navarro (played by Blake Price) is mourning the death of his poor, washerwoman mother when he discovers his true heritage. As it turns out, Navarro is actually a nobleman, one of the great aristocratic D’Ysquith family, ninth in line to inherit the earldom of Highhurst. It’s a promising godsend for the young man, who has been living in poverty.

At first, Navarro makes a humble appeal to his newfound family, writing to ask for a job. When he is turned down, trouble is set into motion. The idea of eliminating the eight other heirs (whom Odom plays) becomes much more appealing to Navarro, especially after the woman he loves refuses to marry him because he is poor, choosing to accept instead the advances of a wealthier gentleman. Navarro then embarks on a murderous path while juggling lovers — and the only question remaining is whether he’ll succeed in his quest for the earldom or end up hanged.

Along the way, audiences get a lot of laughter, great music, drama, and horror the likes of which you don’t often see in the theater.

“First of all, the time period really grabs a lot of people. Th ere’s been a huge obsession with Downton Abbey in the last several years, the Victorian-Edwardian period,” Odom says. “And then you mix this Edwardian period with farce and comedy, and then make it a musical. And then you involve murder and dark macabre — it’s just delicious.”

Odom shares this fascination with the Edwardian period with audience-goers. “Th is kind and style of show is something I have been working on pretty much my whole life, since I was 5,” he says. “I’m a big fan of British mystery shows, Masterpiece Theatre and Agatha Christie. I love the Edwardian period, love performing shows set then. It’s just what I love to do.”

The praise is well deserved, says Odom, and audiences won’t be disappointed. “I don’t want to give anything away, but the writing of this musical is so clever and brilliant; the lyrics are so witty,” he says. “The audience can look forward to every death I get to do in every scene. Th e audience can have just a blast with that.”

Playing the eight heirs of the D’Ysquith family is a lot of fun for Odom. He has played multiple roles in a show before, but Gentleman’s Guide is unique for him in many ways.

“I play eight characters,” he says, “all of whom are relatives of the D’Ysquith family — upper crust, British aristocrats who are just nasty. It’s the first time I’ve done a musical like this with all the quick costume changes.” Odom ends up making multiple costume and character changes throughout the show — “massive changes in 14 seconds, with three to four people helping me backstage,” he explains.

“It’s tiring with this role. It’s like a marathon for me. It’s exhausting but also so exciting,” he says.

Though the musical will be coming through Tulsa for the first time, Odom will be making a happy return to the area, which he has visited before. “I was in grad school in Fayetteville [Arkansas],” he says. “One of my best friends had studied at Oral Roberts University.” Coming here again will give Odom a bit of a reunion. “I have a lot of friends coming from Arkansas to come see the show,” he says. 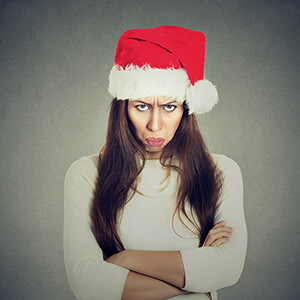 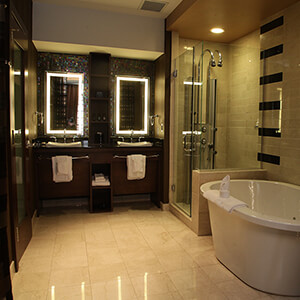 Upping the Ante
With 454 hotel rooms and suites, Hard Rock Hotel & Casino Tulsa is small enough to give personalized service while providing guests with landmark casino and resort amenities. 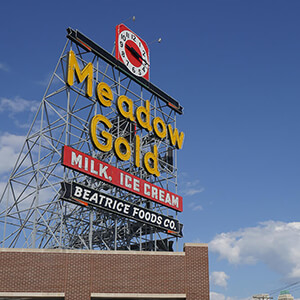 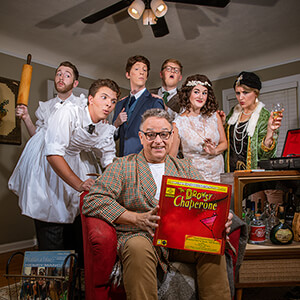