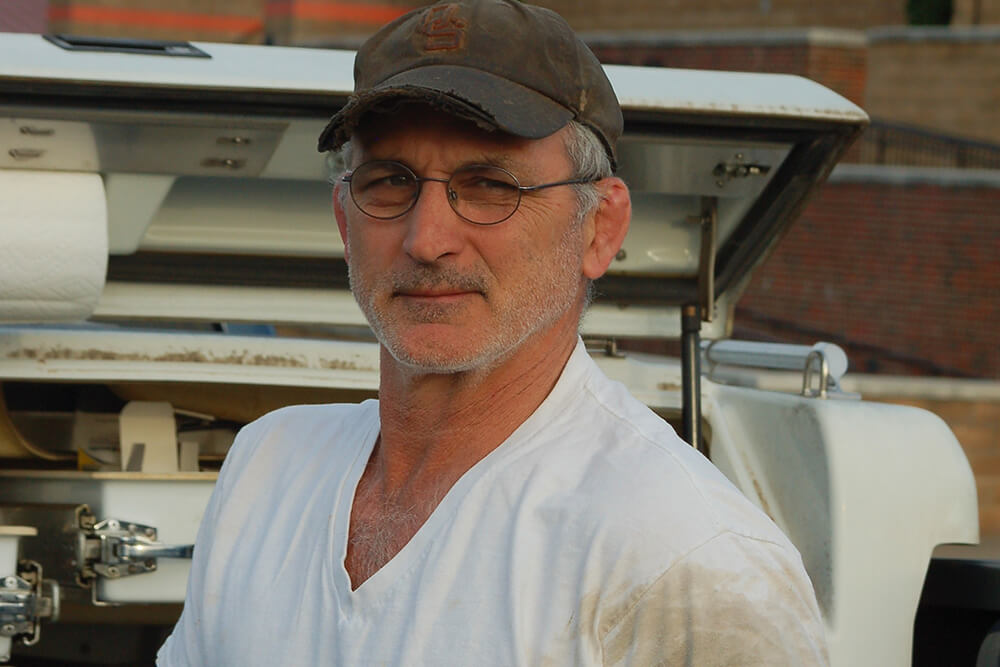 Grappling with the Past

It was a struggle to diffuse the bitterness, but 30-plus years later, Mike Sheets has mostly put the disappointment behind him, learning a painful life lesson in the process.

Following the one loss that prevented him from fulfilling his dream of wrestling for the United States at the 1988 Olympics, Mike Sheets completely withdrew from the sport. He had nothing to do with it for many years, becoming a veterinarian and moving on with his life. But then his kids got interested in the sport, and he ended up getting involved as a coach.

Now, with one son grown up and moved away, one still competing at Sheet’s alma mater of Oklahoma State University and another wrestling in high school, Sheets is still a vet in Stilwell, Oklahoma, and continues to coach kids.

He finds it rewarding to trace the incremental improvements that his young wrestlers show.

“Seeing their progress, thinking that you’re not getting through to them and then you go watch them wrestle and then they do something, just out of instinct, that we’ve been working on all year,” Sheets says. “And [the kid’s parent is] all wrapped up with the win or loss, and I’m like, ‘Did you see what he just did? That was awesome. That’s progress.’ The wins and losses will take care of themselves if you keep getting better.”

Following in the footsteps of his father, a longtime veterinarian himself in Tahlequah, Sheets enjoys the job and all the different animals he treats.

“Something different every day, just about,” he says. “It’s like any job; sometimes it gets monotonous, so just the variety [is great]. We see horses, cattle, sheep, goats. We see everything. We’ve got some clients with llamas and alpacas, got some clients with some zoo animals — camels, zebras, elk. There’s a deer farm we do work for, so we do everything.”

Sheets was an elite wrestler, winning two state championships at Tahlequah High School and earning notoriety as the one blemish on future OSU teammate Kenny Monday’s high school record — a tie during a dual meet their senior year in 1980. Sheets went on to an outstanding college career at Oklahoma State that featured individual NCAA titles in 1983 and ’84 (and another one lost on a tie-breaker). He was even named the NCAA tournament’s Most Outstanding Wrestler in 1983.

After graduation, though, he decided to stop wrestling upon enrolling at OSU’s School of Veterinary Science.

During the two years away from competing (1985-87), Sheets still taught kids at various wrestling summer camps, but got back into it on sort of a chance occurrence in the summer of ‘87, entering a tournament in Stillwater. A bad loss to a former college competitor got his competitive juices fired up again, inspiring him to take a leave of absence from vet school and focus solely on wrestling again. Eventually, he ended up at the 1988 Olympic trials.

“He pinned me, and I walked straight to a pay phone, dialed my dad collect and told him I was sitting out of vet school. ‘These guys can’t beat me,’ and that was that,” Sheets recounts. “So I trained for a year and competed all over the world — Russia, France, Cuba, and got to the trials.”

At that point, he couldn’t overcome rival Mark Schultz (a former NCAA champion himself from the University of Oklahoma), beating him once but then losing when it counted most. That sequence was depicted in the 2014 movie Foxcatcher, which focuses on Schultz (played by Channing Tatum) and his older brother, Dave (who tied Sheets in the 1982 NCAA final but was awarded the title based on tie-breaker criteria, before there was unlimited overtime). Sheets confirmed that the film, which also stars Mark Ruffalo as Dave Schultz and Steve Carell as their manipulative coach, was accurate.

“I beat him two weeks before that in the final qualifier [before the ’88 Olympic trials], so I was the No. 1 guy for two weeks,” Sheets says. “And then, it was a close first match. My coach at the time thought we needed to change the game plan [for the decisive second match], and it didn’t work out.”

So Schultz headed to Seoul, South Korea for the Olympics and Sheets stayed home.

Part of the frustration Sheets felt after that loss stemmed from his belief that if he had delayed vet school and kept wrestling that entire time, he would have made the Olympics and perhaps even come home with a gold medal like his former OSU teammates Monday and John Smith.

“I’d finished two years of vet school. If do-overs were an option, I would have just kept competing straight through and then gone to vet school,” Sheets says. “I was bitter because I didn’t feel like I gave myself a fighting chance by not competing for those two years prior. But it is what it is, life moves on, and I just stayed away from it for quite a while.”

Many years later, living in Stilwell (about 90 miles southeast of Tulsa), his sons Keaton and Wyatt became interested in wrestling, and he ended up getting involved himself when the guy in charge of the youth program there brought up the possibility of moving practices to Tahlequah, about 25 miles away.

“I wasn’t even coaching it then, and I was like, ‘We’re not going somewhere else, I’ll coach it,’” Sheets says. “At first, I was coaching novice for an hour and then open wrestling for an hour, for three nights a week. Eventually, I got somebody to take over the novice after four or five years. I’ve been coaching for 16 years.”

Keaton wrestled at Stilwell High School, then Wyatt followed suit, winning three state championships before moving on to OSU, where Smith is now the head coach. Wyatt, a sophomore, recently placed fourth at the Big 12 wrestling tournament that took place at Tulsa’s BOK Center. And youngest son, Cutter, made it to the high school state tournament in February, placing fourth as a freshman.

Ultimately, the experience with the Olympic trials forced Sheets to grapple with some difficult emotions but has enabled him to pass on additional wisdom to his students and his sons.

“I was bitter for awhile, but probably the one thing I took away from that, and try to express to the kids in our club, is it’s not about the outcome, it’s about the journey,” Sheets says. “I was bitter. I put my life on hold (to return to wrestling), and I didn’t reach the goal that I’d set. And it made me have self-doubt. But hindsight is 20/20, and I tell my children that regret is a wasted emotion. Don’t live your life with regret. If you have a goal, do everything you can to try to reach that goal.”

Killer Queen
As she prepares for her senior year of volleyball at Owasso, Mallory Hendrix is poised to be one of the best multi-position players in the state.