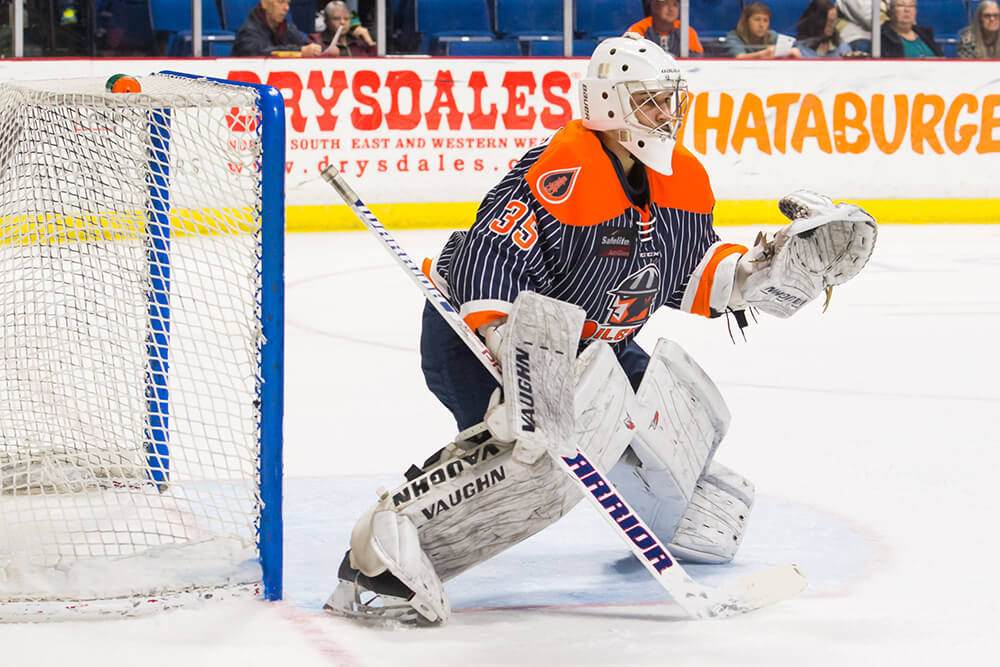 This season, with the aid of some new faces, the Tulsa Oilers have their pucks set on making it back to the postseason for the first time in four years.

The first year under new head coach and director of hockey operations Rob Murray went pretty well by most metrics, except for the most important one — the Tulsa Oilers failed to qualify for the playoffs.

This season, the 67th in Tulsa hockey history and the Oilers’ fifth in the ECHL (which is essentially the Double-A level of minor league hockey, the second rung below in the NHL), the primary goal is to make it back to the postseason for the first time in four years.

“The biggest thing for me is to make the playoffs,” says Murray, who did so in three of his six seasons coaching the ECHL’s Alaska Aces from 2011-17, including a Kelly Cup championship in 2014. “I know we didn’t last year and that puts it at three in a row, so for me, getting that done is the No. 1 thing on my list. I think the team itself is going to look different from last year. We have a lot of new guys and some of the guys that have been around for a while, guys like [Alexandre] Ranger and [Christophe] Lalancette, won’t be back. We’ve signed some good veterans. I like how the team looks right now.”

Among the new players brought in are Peter Sivak, who played two years for Murray in Alaska and scored 26 goals and 60 points in 58 games for Rapid City last season, and forward Chris Francis, who played for Wheeling last season. There will still be a few returning veterans, though, including goaltender Devin Williams and defensemen Eric Drapluk and Steven Kaunisto, who was named the Oilers’ Defensive Player of the Year last season.

Murray felt that some turnover to the roster was necessary after the disappointing end to last season. While the Oilers made an impressive late 9-2-2 charge from mid-February to late March to jump into contention, they wound up letting it slip away by going 0-3-1 over the final four games, missing the final playoff spot by just two points.

“I think you look back and there were a couple of holes in our lineup that, if we improve in those areas, we’ll do better,” Murray says. “Strategically, we changed something late in the season that really helped. I think at the All-Star break, we were like 12 points out and we made it all the way back and almost made the playoffs. We tweaked a couple of things and we played better because of it. I think the biggest thing, we had a couple of guys in the lineup that if we can upgrade on that, I think that will make us a more potent team and a more consistent team.”

Along with some of the new additions, Murray is counting on receiving some high-end players through the Oilers’ affiliation with the NHL’s St. Louis Blues, via the Blues’ new AHL squad in San Antonio. This will be the second year of Tulsa’s agreement with the Blues, although it should have somewhat of a different dynamic because last year, St. Louis did not have its own dedicated team in the AHL (basically, the Triple-A level). This season, the prospects the Oilers receive will come directly from San Antonio, much like they did two years ago when Tulsa was affiliated with the NHL’s Winnipeg Jets and AHL’s Manitoba Moose.

“I would assume that you’re going to see a lot more movement,” Murray says of the arrangement this season. “A lot of it is dependent, obviously, when guys get hurt, whether it be at the NHL level, where they pull guys from the AHL and it trickles down to us, or if AHL guys themselves get hurt, we’ll be the first place they look. I’ve been in that situation coaching in the ECHL, so it won’t be anything new to me. But you look at our roster from last season, we really didn’t have much turnover, we were pretty much the same group the whole year, and that had to do with not having a true AHL affiliation.”

It may seem like having less flux and volatility in the lineup would benefit the Oilers, but Murray sees it differently: having an AHL squad available for the Oiler players to possibly get promoted to serves as a powerful motivator.

“I think it’s a positive, because players see that guys are getting called up,” Murray says. “Even a free agent ECHL player, guys that are not on contract with either St. Louis or San Antonio. Talking to St. Louis, they’ve told me that at any given time, they’re going to pick up the phone and they’re basically going to ask, ‘Who’s the best player right now?’ And it might not be a guy that’s affiliated with them. So that’s a positive, to keep the guys on their toes and striving for something.”

Reaching a playoff spot won’t be easy, even though the Oilers start the season with eight consecutive home games. Tulsa plays in the Mountain Division, which has produced the ECHL’s last four champions, with the top four teams (out of seven) making the postseason. Their schedule, which opens Oct. 13 at the BOK Center against the Idaho Steelheads, once again includes many games against traditional division rivals such as the Allen Americans (Kelly Cup winners in 2015 and ‘16) and the Wichita Thunder, each of whom they face 12 times.

That should translate into exciting, intense action for Oilers fans.

Tailgate Touchdown
A day of tailgating starts with a good plan and the right mindset. Become a parking-lot MVP with these tips for the perfect football party.