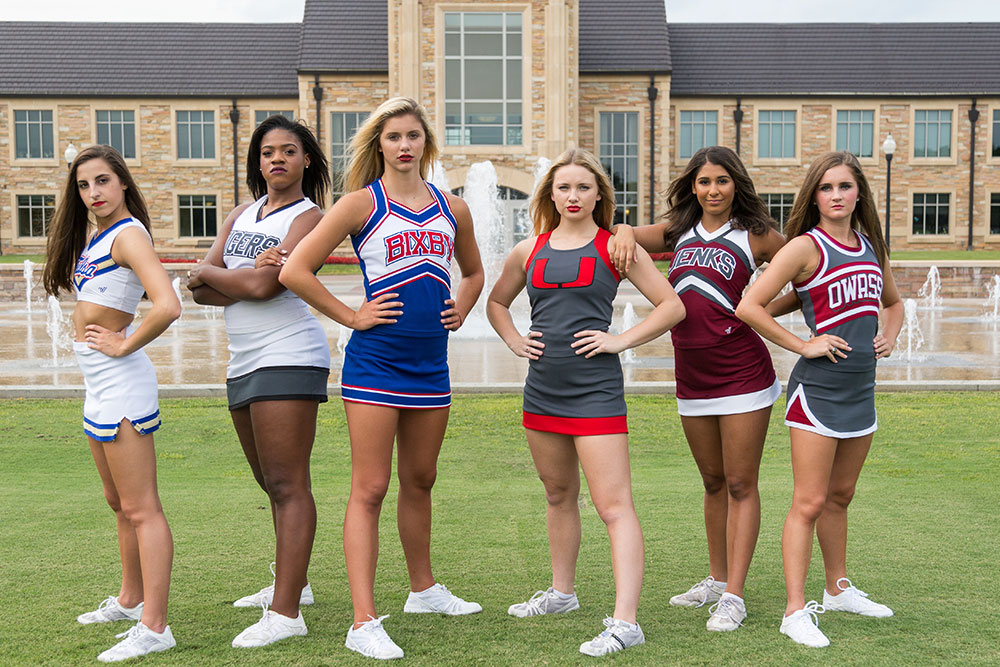 From the uniforms to the athleticism, cheerleading has come a long way since 1923. For the most part, it’s become more competitive and physically demanding, and less about sis-boom-bah.

“We’ve got spirit, yes we do!” You probably remember cheers like this from the days you sat in the stands rooting for your favorite team to score. Cheerleading has evolved a lot in the last 30 to 40 years as it has increasingly become more competitive and more lucrative. These days, whether it’s youth sports, high school football, college basketball, or competitions on ESPN, cheerleading seems to be everywhere.

Which is a little crazy considering when cheer squads were introduced to support school sports teams in the 1880s, they were called “pep clubs,” and they were only open to men.

During the early 1900s, cheerleading expanded with the popularity of football and other collegiate sports. It wasn’t until 1923 that the University of Minnesota introduced women — as well as tumbling routines — on its sidelines. When most college-age men left to fight during World War II, women stepped into traditionally male roles. By the mid-1940s, the majority of cheerleaders were female.

Today, children can join a competitive team that’s as tough if not tougher than a professional sports regimen. And winning can bring in the big bucks — at least for the cheerleading industry, which generates an estimated $2 billion in the U.S. every year.

If you’ve never heard of competitive cheer, here’s a quick rundown. Children can join elite cheer training programs as early as age 3 or 4, where they start learning tumbling and other skills. There are no ties to school programs; kids come from anywhere around the area to participate. The teams train hard, compete several times a year, and are ranked for skills, all with the goal of winning a bid to go to the national competitions held annually.

It’s an experience that Jenks teenager Cameryn Dean has participated in since she was 2 or 3 years old, when she started gymnastics. By the time she was 4 or 5, she was involved in a cheer gym, training for a team. “I just grew up with cheer,” she says. “It helped me become the person I am.”

There are many benefits to competitive cheer, say Cameryn and her father, Les Dean. “I sum up cheer as, we have a chance to spend time with our kids in something that’s positive, that it challenges them on a personal, professional, spirit, soul and body level. It’s a real sport,” he says.

Cameryn agrees. “Life lessons,” she says. “Hard work, dedication, time, all the aspects.” And she should know. As a flyer — the girl atop the pyramid of a stunt group — her role is demanding, yet it puts her at center stage too. It’s a lot of pressure, but she has thrived on it. Through cheer, she says, she has made great friends and has traveled across the country for competitions.

One of the highlights has been going to the Cheerleading Worlds, an elite competition for the best of the best. “It’s like the Olympics of cheerleading,” Cameryn says. Held at Disney World and broadcast on ESPN, Cheerleading Worlds is big business, earning millions of dollars for the cheerleading industry. The competitive cheer teams perform a highly theatric, two-and-a-half-minute performance they have worked months to perfect, with serious music, dance moves, stunts, short skirts, glitter, sometimes even smoke or strobe lights. It’s a heady experience.

Of course, it’s not all fun and games. Competitive cheerleading places intense demands on the body. Cameryn has had concussions due to accidents during stunts, and ACL injuries are common. “You’ve got be careful,” says Les. “But soccer is just as dangerous, with concussions.”

It can be emotionally draining. A single misstep during a competitive performance can result in a heartbreaking loss for the whole team. It also demands a lot of families financially. The cost of airfare, tickets to competitions, hotel rooms and more adds up to thousands of dollars a year. And ultimately, competitive cheerleading demands a great amount of time. Competitive cheerleaders travel often, and even when they’re home, they spend long hours practicing, and then have to show up at school the next day for classes.

“It is the hardest thing I have ever done,” says Cameryn, “academically trying to keep your stuff together, trying to have a school life. I’ve had to make a lot of sacrifices.”

Even though she clearly has loved her many years in competitive cheer, Cameryn says she decided to take a break from it to participate in cheer at Jenks High School, which is much less intense and gives her the opportunity to enjoy a more traditional social and school life. She was one of three freshmen to make the varsity team when she tried out; all three were involved in competitive cheer.

High school teams still have some competitive aspects, with teams potentially going to Nationals. During Cameryn’s freshman year, the team won Grand Champion at Nationals, a coup for Jenks, which has won other competitions but never nabbed the Grand Champion title before.

As for her future, Cameryn would love to perform cheer while in college. “After high school, college cheer is the next stop,” she says. It would seem like a logical step, yet that decision has its repercussions too. Even though those who cheer train as hard as any other athlete, cheerleading is still not perceived by many people as a legitimate sport. Scholarships are still rare, especially for girls, though there are efforts to change that.

Not all colleges have competitive cheerleading teams either, though most have at least some form of cheerleading squad for the more conventional, sideline spirit building that sports fans have come to know and love. That’s the case at the University of Tulsa, where Amanda Snider serves as director of TU’s spirit squad.

Before joining the TU staff, Snider was on the University of Oklahoma pom squad and before that, she spent years in dance. So, she says, it was a natural progression for her to become interested in coaching. She coached for Union High School, Metro, and the Tulsa 66ers NBA D-league team before coming on board as a volunteer coach and eventually as a full-time employee at TU.

At TU, though the spirit squad doesn’t participate in competitions, they still work incredibly hard. The squad breaks down into three groups — a cheer team, pom squad and mascot. All are demanding, and all are vital to inspiring school spirit. “I love my teams,” Snider says. “They’re such hard-working college students.”

The cheer squad at TU is coed, with 13 men and 14 women currently on the team. All team members must be able to perform stunts and gymnastics typical of a cheer squad. “It’s truly athletic,” says Snider. “At games, they’re the ones leading the crowd, generating enthusiasm. We tumble, we stunt, we perform dances, cheers and chants the entire football or basketball game. They have to be in top shape to get through a four-hour game.”

Another element to the university’s spirit squad is the pom squad, which involves sharp-motioned dancing with elements of ballet skills. Like the cheer squad, it’s demanding. “You have to have a really strong dance background to be able to do pom,” says Snider. Pom members must be able to memorize all their routines, the cheerleaders’ chants, and the band’s routines.

Even being a college mascot is demanding, and it’s not easy to make it through auditions. “We are looking for someone who can handle being in the suit,” says Snider, “because it is very hot and it is very heavy. We want them to be in good condition and good shape. But also, it’s purely entertainment. Whoever’s in the suit really has to bring the mascot to life.” This year, she says, three people — two males and one female — are sharing the mascot duties.

The TU spirit squad practices three or four times a week, plus games, and like other forms of cheer, it requires a lot of time and effort. But by eschewing competitions, says Snider, students can have more time to concentrate on their studies, as well as family, work and other areas that are vital to helping college students make it through to graduation successfully.

“The biggest thing I tell people about is balancing their time, making sure you’re studying when you’re supposed to, doing what you’re supposed to do,” says Snider. “It goes school, family, then spirit, then your job, then your sorority or fraternity and other activities, so they have to prioritize.”

At TU, the spirit squad is also very involved in giving back to the Tulsa community through volunteerism. “We are ambassadors for the university,” says Snider. “Last year, our team did over 1,600 hours of community service, both on their own and as a team.” Among many other activities this year, the entire team will have participated in the Walk to End Alzheimer’s fundraiser on campus, as well as taking turns on TU Tuesdays to visit and bring goodie bags to patients at St. Francis Children’s Hospital. The spirit squad also does a line dancing event with special needs adults. “It’s obviously rewarding to spend time with them. They look forward to seeing us every year, and we look forward to seeing them,” says Snider.

In the end, whether it’s competitive or not, cheerleading is something that can prepare a student for life down the road.

“Cheer, like any other extracurricular sport, really does prepare you for what’s going on in the world,” says Les. “It’s more than just cheer. It’s about life. It’s really about staying committed and focused to a goal. And what you get out of it is so much more than what the actual sport brings to you.” 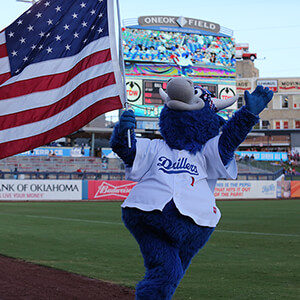