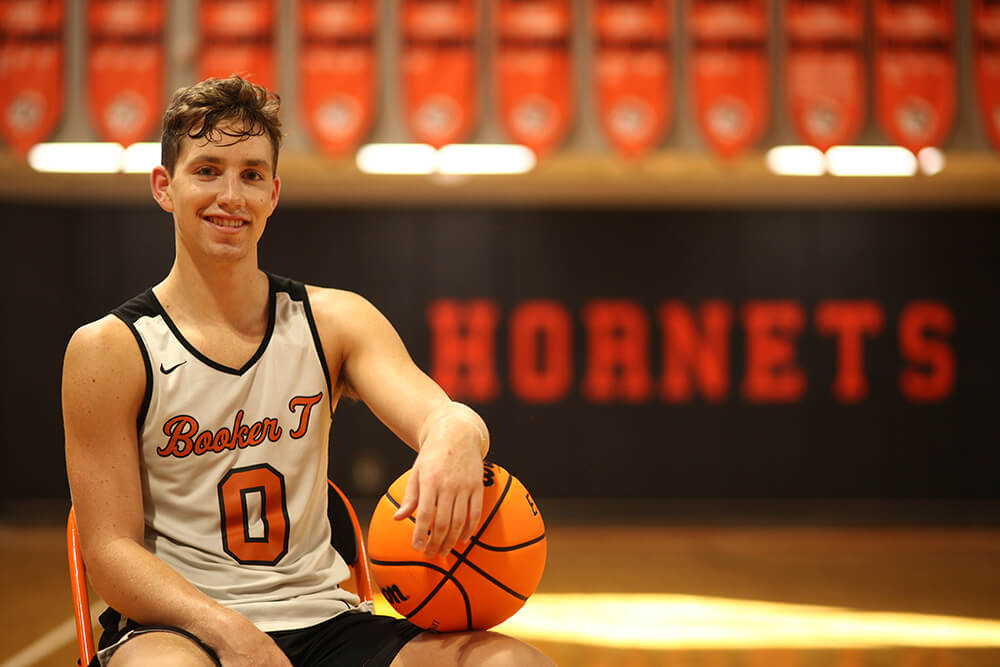 It's easy to give up on hope and a plan when it doesn’t happen in a certain amount of time. Luckily for Booker T. Washington’s Trey Phipps, his persistence and patience paid off.

Booker T. Washington High School senior Trey Phipps always dreamed of playing Division I basketball at the University of Oklahoma. And it wasn’t just because his father, Conley (also his coach at BTW), played there.

“Growing up, I was always an OU fan,” says Trey, a 6-foot-2, 170-pound shooting guard who led the Hornets to the Class 6A state championship last year with a virtuoso performance.

But when a scholarship from the Sooners hadn’t materialized, he committed to the University of Tulsa in May 2018, at the end of his sophomore year. The problem was that he felt like he was settling. So, last July, he made the tough decision to de-commit from the Golden Hurricane. As fate would have it, two days later, he received an offer to wear the crimson and cream.

“It was like a dream come true to be able to get the opportunity to go play at Oklahoma,” Trey says. “[The commitment to TU] happened kind of fast. Tulsa is a great school, and it’s a great place to play basketball, but I always wanted to bet on myself to go play at the highest level.”

Conley, who starred at Cleveland High School (about 35 miles northwest of Tulsa), went on to play two seasons at Oklahoma from 1984-86 before transferring to Northeastern State University in Tahlequah to get more playing time.

“It’s special for me to see him go to OU because that’s where he’s always wanted to go,” says Conley, who served as an assistant coach at Oral Roberts University from 1999-2014. “The fact that I went there and played for a couple of years has nothing to do with it. It’s the fact that he’s worked hard to achieve a dream. Now he’s got to chase that other goal of being an excellent player at OU.”

It is a path that Trey has been following since he was young, accompanying his dad to ORU practices and getting a firsthand look at what it takes for Division I college athletes to succeed.

And Conley has been there the whole way, directly coaching him the last six years, including for his freshman year at Sapulpa High School in 2016-17 and then at Booker T. Washington after that. The dynamic of coaching his son has involved a persistent search for balance, Conley says, because trying to separate the roles of ‘dad’ and ‘coach’ has been an ongoing process.

“It’s difficult for me staying within the boundaries of being a dad, and being a coach,” Conley says. “The thing I try to do is be his coach for two hours every day when we’re practicing and be his dad for the rest of the time. Sometimes, I cross those boundaries. It’s something that’s been a continuous battle for many years, but we make it through it. We have a great relationship, on and off the floor.”

“We’re pretty good about it,” Trey adds. “He leaves it at the gym. It makes it special knowing you get to go out there and get a win for your dad. He’s been coaching me all four years [of high school]. It’s been more of an adjustment for me, knowing that I need to be on point every day because he’s going to hold me accountable.”

After a strong sophomore season in which Booker T. Washington reached the Class 5A final before falling to Memorial, Trey took another step forward last season, when he averaged 17.6 points, 5.2 assists, and 4.5 rebounds per game. And even though they moved up to face tougher competition in Class 6A, the Hornets continued to excel, as Trey formed an outstanding duo with teammate Bryce Thompson, who is still deciding between Division I suitors including Oklahoma, North Carolina, Kansas, and others.

Perhaps Trey’s best performance of the season came in the 6A state final, a game played at ORU’s Mabee Center — the same court he spent so many hours at as a boy. He scored a career-high 42 points, including eight 3-pointers, in BTW’s 82-70 triumph over Putnam City North.

“It was very special,” Trey says of winning the state title. “It was a surreal feeling to get over the hump and get a ring finally.”

Trey was named a Tulsa World Player of the Year finalist, then followed up his high school season with an outstanding spring and summer for his AAU club team, the Tulsa-based Playing with Purpose. With Thompson as his teammate again, Trey starred in several AAU showcase tournaments, including one in Atlanta that had many of the top Division I college coaches, including OU’s Lon Kruger, in attendance.

“He’s an extremely hard worker, and very dedicated to his craft,” Conley says of Trey. “He’s a very confident player, and that helps him a lot. He’s a very good shooter, whether that’s catch-and-shoot or off the dribble. He also has excellent range, he’s a good ball-handler, and he’s a good passer.

“When he started this process, to say I thought he’d be good enough to play at the University of Oklahoma, I certainly couldn’t say that. I will say that nobody’s going to work harder at it than him, and that’s what I’m the proudest of. He’s committed, he’s done the hard stuff, he hasn’t slighted the process, and he’s turned himself into an excellent player.”

Now, with his goal met, Trey continues to work hard to improve and plans on helping his high school team defend the state title.

“We’re excited,” Trey says of the upcoming season. “I think we know that we’re going to have a target on our backs every night, and our expectations are nothing but another state championship.” 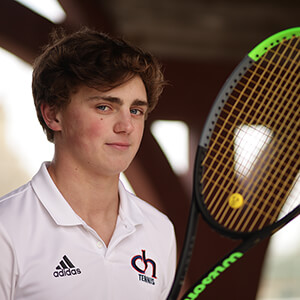