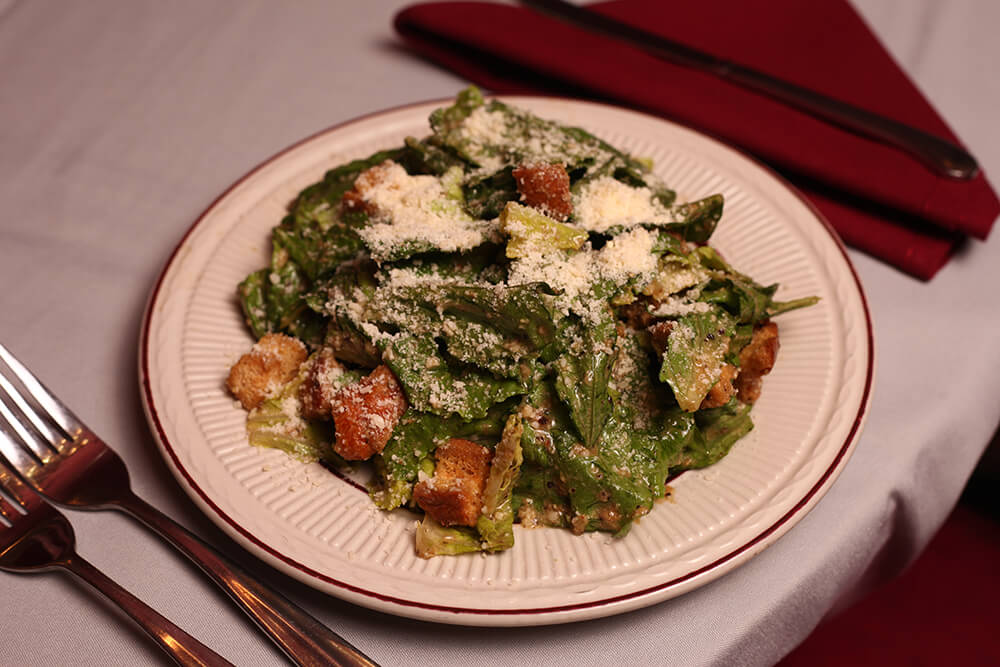 Still serving their famous Caesar salad, steaks, cold-water lobster and skillet-fried chicken, Celebrity Restaurant is like a moment frozen in the mid-‘60s and a monument to Tulsa’s culinary history.

Crushed red velvet and dark oak. Etched mirrors and sparkling strings of light. Frank Sinatra’s smooth crooning. Classic recipes. Celebrity Restaurant is like a moment frozen in the mid-‘60s and a monument to Tulsa’s culinary history. Still serving their famous Caesar salad, steaks, cold-water lobster, and skillet fried chicken, Celebrity Restaurant has been a part of Tulsa’s life for 55 years.

Paula Osko and her brother Nick Samara manage Celebrity, staying true to their father Mike’s vision. “Dad opened Celebrity in 1963 when 31st Street and Yale Avenue was the edge of town,” says Nick. “He had in mind places like Chicago’s Pump Room, New York City’s Russian Tea Room, and the 21 Club. He wanted a classic fine dining feel, a nice club feel.”

The exterior building is a blocky white stucco with party lights surrounding the entrance, a red awning and a red door. “It’s retro,” Nick says of the decor. “It’s a surprise when you come off the streets.”

He’s not wrong. The windowless building seems mysterious and the interior is opulent with details you’d expect in an English gentleman’s club, like inlaid tables, hanging chandeliers, and a bar with stained glass accents. You can just imagine the Rat Pack lounging casually against the bar, martinis in hand.

If you think the decor is opulent during the summer, make sure you come back during the holidays. Celebrity lights up for Christmas with garlands, lights, and decorations festive enough to warm the Grinchiest heart. It continues through Valentine’s Day, with everyone contributing to the decorations. “The decoration is an in-house affair,” says Osko. “We all get in on it.”

Celebrity and Samara family patriarch Mike are important fixtures in the history of dining in Tulsa. He was recognized with a Lifetime Award from the Oklahoma Restaurant Association and is known as a pioneer in Oklahoma’s restaurant industry. Celebrity Restaurant was honored with the first liquor license in Oklahoma because of Mike’s work advocating for the legalization of liquor-by-the-drink in Oklahoma. “Before that, we had to have your name on file in order to serve a drink,” Nick explains. “That card file was a who’s who of Tulsa.”

Celebrity stays true to its name, attracting celebrities from all over. “When they’re in Tulsa, people tell them to come here,” says Osko. People like Mickey Mantle, Bob Hope, Jonah Hill, astronauts, musicians, governors, and all the old school Tulsa names have enjoyed Celebrity’s atmosphere and menu.

Almost everything about Celebrity is unique. In a time when most restaurant menus are a dizzying list of choices, Celebrity sticks to a few items that they excel at making delicious. “We have a limited menu that we consistently do the best we can,” says Osko.

The best they can do is very good, indeed. Their original menu had five entrees: a filet mignon, a New York strip, beef kabob, cold-water lobster tails, and skillet-fried chicken. You can still order the same meal your grandparents had when they got engaged.

Celebrity is famous for its Caesar salad for good reason. This is not some bland salad topped with dressing from a bottle — this is the real thing. The flavor is strong, with bright acidic tones and garlicky enough that you can feel it on your tongue. It’s one of the house specialties and is a great way to start your meal. At dinner, you can request the special treat of having your Caesar made fresh at your table.

Celebrity’s filet, an 8-ounce center cut of aged Angus tenderloin, is a revelation. It’s a beautiful steak to look at, and remarkably tender and juicy. The flavor is meaty, and it’s set off by a seasoning blend that complements it perfectly. Celebrity has been serving this divine steak as long as they’ve been open, along with their 14-ounce New York strip. A relative newcomer to the Celebrity steak family is the 16-ounce rib-eye, a broiled, beautifully marbled cut of savory, juicy beef.

Their chicken isn’t casually tossed in a deep-fryer; instead, it’s sizzled with care in a seasoned cast iron skillet and comes out crispy, juicy and delicious. “A lot of people tell us it’s just like their grandmother used to make,” says Osko. With biscuits and homemade gravy, the only thing that could make it better is enjoying it with grandma.

There are only a few places in all of Tulsa that serve a true cold-water lobster tail, and Celebrity is one of them. Lobster from extremely cold water is firmer and has sweeter flavor. “It’s hard to get that true cold-water lobster,” says Osko. “It’s hard to get and it’s pricy, but it’s what we’ve always served.” The lobster tail dinner comes with not one tail, but two. They’re 6- to 8-ounce tails, seasoned, cooked to tender perfection, and served with drawn butter over a tea light. It’s a decadent treat you will want to savor.

Celebrity’s list of desserts is mouthwatering and tempting. The classic buttermilk pie is a popular standout, as is Osko’s favorite: the creme brulee. “It’s a good choice after you’ve had a full meal,” she says, “but you still want dessert.” Consider enjoying a brandy ice either with dessert or as your dessert. It’s another Celebrity classic, made with brandy, creme de cacao, and ice cream.

Some other great options on the menu include the tart and minty Syrian salad which, like the Caesar, can be made table-side on request. Consider starting with Celebrity’s crab corn fritter, housemade hummus, or the delicious marinated grilled shrimp. Some other delightful choices of entree include the fried catfish, grilled salmon, or their pan sautéed New Zealand whitefish.

For an extra special treat, consider the surf and turf options. You can add one or two of those decadent cold-water tails to any steak to make it a meal worthy of a celebrity.

Celebrity does take reservations and, while they’re not required, they are preferred. Osko strongly recommends making a reservation Thursday, Friday, or Saturday and throughout December. 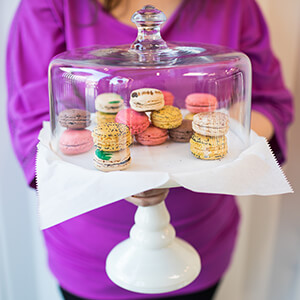 Sugar Thrill Gang
With an abundant selection of truffles, macarons, nuts, fudge and candies, the shipping-container world of Sweet Boutique is every bit as delicious as anything Willie Wonka could have envisioned. 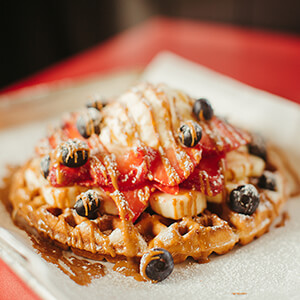 Waffly Nice
In the hands of Waffle That’s Roy Tillis, the knockout combination of perfectly-seasoned fried chicken atop warm, buttery waffles and housemade syrup is enough to satisfy any sweet and salty craving. 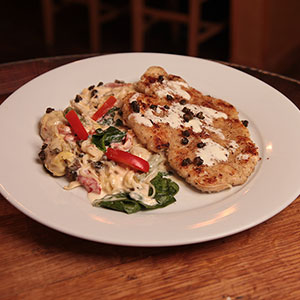 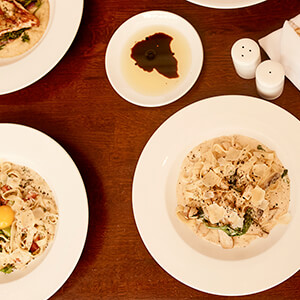