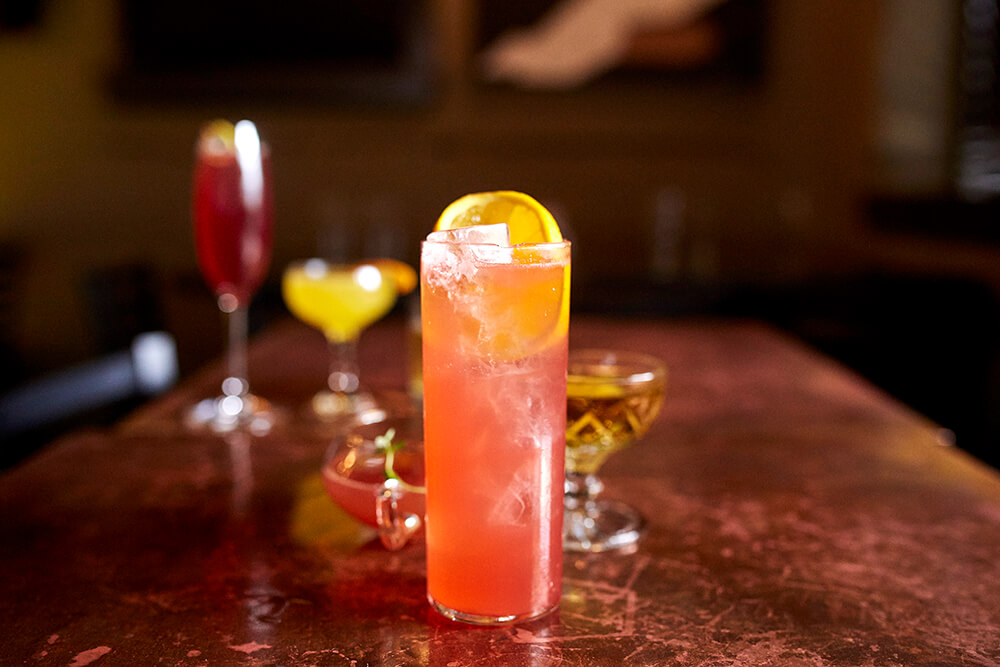 Summertime delights to keep you hydrated, happy and get the party started at the speakeasy-style bar MixCo.

There’s something about the warm weather that ushers in the summer party season, beckoning cocktail lovers to throw back a few extra just to stay cool. And what better way to stay cool than with some favorite local craft cocktails. However, if you tend to drink more in the summer to beat the heat, you may be doing more harm than good, especially if you’re not keeping properly hydrated. Alcohol in the summer affects your body differently than the colder months.

Matt Land, general manager of MixCo — a neighborhood bar located in the heart of downtown Tulsa — and craft cocktail creator says, “Staying hydrated while drinking is extremely important, especially during our summers.”

When you’re drinking more cocktails to stay cool, you’re also consuming more alcohol. While alcohol causes dehydration during any season, it’s especially dangerous in the summer because dehydration interferes with your body’s ability to regulate temperature, and this increases your risk of sickness and contributes to that nasty hangover in the morning.

“Anything that’s in a tall glass with soda water or other mixers might keep you a little more hydrated, but for the most part, make sure you’re drinking water while you drink and when you’re out in the heat,” says Land. “Don’t pound five cocktails in a row without having a glass of water.”

To help beat the heat and keep you hydrated, MixCo offers water with their popular shims (low-alcohol cocktails) so that you can stay hydrated while enjoying your summer craft cocktails.

Here are just a few to get the summer party started.

A staple on the menu, The Longest War references the 100-year war between England and France and plays off spirits from the two opposing countries.

“I’m a huge history buff, so I wanted to do something that combined my knowledge of history and drinking,” says Land. “You don’t find many cocktails with both gin and whiskey. It seemed fun to combine two things that didn’t really go together.”

It took Land many integrations to get the balance right, but after five months, the result produced an extremely smooth cocktail with floral accents.

“It’s a gin-forward drink that is both delicate and complex,” says Land.

By far MixCo’s best-selling cocktail where people come just for the drink, the Basic B*tch is made with just the right combination of floral and sweet.

“We created this cocktail as a joke for a wedding party,” says Land. “We tried to put everything a typical 20-something girl who loves sweet drinks would like in one glass.”

One of MixCo’s more popular cocktails, this bright, citrusy, floral drink is perfect for the warmer seasons. Lillet, a fortified wine with herbs and spices, combined with light apricot and floral notes offers a clean, sweet taste. Some might even say it tastes like summertime in a glass.

“It’s very approachable and one of our best-sellers,” says Land.

This cocktail created by Hank Hanewinkel, who was chosen to tend bar at the White Party charity event for Family & Children’s Services, is made with a seven-year rum and has a perfect blend of stone fruits, vanilla, clove and black pepper. It’s a variation on a knickerbocker cocktail from the mid-1800s, named after a Spoon song from the 2014 album They Want My Soul.

MixCo’s summertime Old Fashioned references one of the most influential rock albums of the ‘80s: Hüsker Dü’s second studio album of the same name.

“The lemon and rosemary play very well with the heather from the scotch,” says Land. Crafted with blended scotch, rosemary, and lemon bitters, it makes for a real fresh summertime cocktail.

This super refreshing, slightly bitter herbal, orange cocktail is a twist on the modern classic.

“Sparkling wine is substituted for gin in a classic Negroni,” says Land. “That’s where the spagliato comes from. It means mistake in Italian.”

But this drink is no mistake. Negroni Spagliato is one of MixCo’s favorite modern classic summer cocktails.

Though craft cocktails are MixCo’s specialty, they also offer a full kitchen, a wide variety of local craft beers, and a solid local wine selection through their partnership with Provisions, a tulsa-influenced, Woody Guthrie wine program.

Land says MixCo is constantly working on new cocktails, including a Fernet-Braca menu, a bitter amaro from Sicily. Currently, they are creating new cocktails for their “Christmas in July” event with some of the proceeds going to a couple of charities.

“We like to define ourselves as a really nice neighborhood bar,” says Land who is excited about their latest addition, a patio that seats about 45 people. MixCo will have music and shows this summer on the patio.

MixCo offers music Thursday nights, and jazz each Saturday with no cover.

Parking is free for MixCo customers whenever their doors are open. 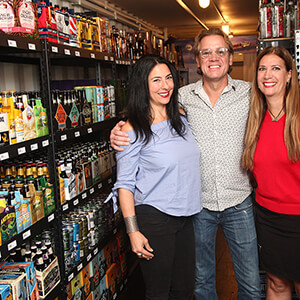 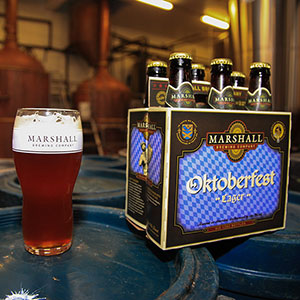