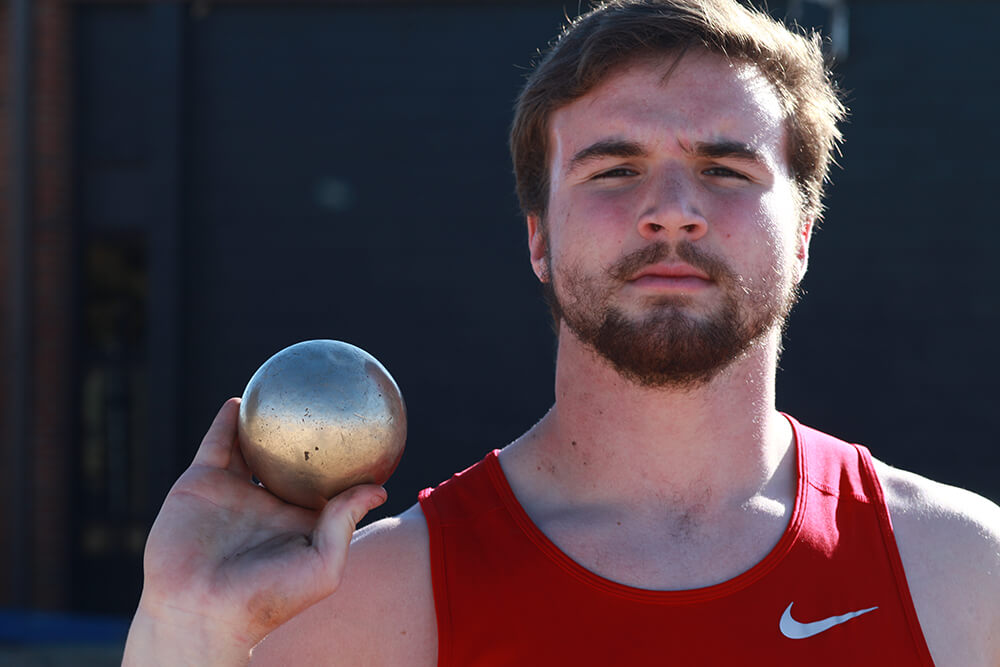 A leader on the Collinsville track team and in school, Zac Robbins understands (and preaches to his teammates) that athletic success depends on more than just physical strength and working harder.

For Zac Robbins, taking a leadership role doesn’t only apply to the Collinsville track and field team. The senior is also the president of the school’s student council (or “StuCo”), and it’s a responsibility he assumes naturally.

It is an integral part of his personality, but it’s also a byproduct of his work ethic, as well as his prior success.

As the reigning Class 5A state champion in the discus (with a toss of 155 feet, 10 inches) and the state runner-up in the shot put (54 feet, 2.5 inches), Robbins has the street cred to back up his words and actions. And he is ready for the challenge of repeating and continuing to build on his previous accomplishments this spring.

“Last year, I won state in discus, got second in shot put, so obviously one of the goals is to repeat in discus and then get first in shot put, but I have a lot of bigger goals,” says Robbins, who also plays on the Cardinals’ football team that went 8-3 before losing in the first round of the 5A playoffs last fall. “I have colleges that are wanting to look at me, and I have to hit certain marks to get there. Right now, probably more than the goal of winning state is hitting those marks and focusing on myself. And then if I hit what I want to hit, there’s no doubt that I’ll hit my end goal of winning state.”

As a team leader, Robbins relishes the opportunity to help guide his more inexperienced teammates.

“On the track team, one of my biggest parts of leadership is being able to mentor the younger teammates,” says Robbins, who is also heavily involved with the FCA (Fellowship of Christian Athletes), helping revive Collinsville’s chapter last year after it had gone dormant for several years. “I know a lot about form and stuff, and sometimes I’ll see some things the coach doesn’t, and I’ll be able to help them work through that. And also just as an example, because they can see me working hard every day and know what it takes to get to the level I’m at. Those are the two ways I lead.

“I enjoy being a leader very much. I’m StuCo president, and actually, I went to the StuCo national convention this summer. Student council and FCA and leadership stuff, it’s a big deal in my life. It’s natural for me to be a leader on the track team because I’m a leader in the school.”

Collinsville track and field coach Sean Tesar appreciates the impact that Robbins’ leadership has on the team.

“Zac’s personality is to be an alpha, which I think a lot of good leaders are in a way,” Tesar says. “He’s leading by example. And it’s not just in the athletic arena; he’s a leader in the classroom, too. His ACT scores are crazy high, 33, and the GPA is there to match, too. On top of those things, he treats people well, too. I think it’s easy to be in a leadership role and think that means you control people. Zac treats people with respect, and I admire that about him.”

Robbins’ leading by example includes the ability to change when things aren’t going well, an experience he went through last year. After an unexpectedly strong freshman year when he placed 12th in the discus at the state tournament and 15th in the shot put, Robbins struggled a bit as a sophomore, failing to qualify for state in either event. When the problems persisted at the beginning of his junior year, Robbins sought outside help. He ended up altering his throwing technique, and the changes paid off by the end of the season.

“I started in seventh grade, and I realized I was pretty good at it,” says Robbins, who initially joined track and field because some of his football friends did. “I should have won the seventh-grade conference in the discus that year, but I didn’t. It still kind of bugs me. But eighth grade was when I became good. I won the conference in shot put and discus, and then in ninth grade, I exceeded my expectations and made it to state in both. And then sophomore year and the beginning of last year, I wasn’t doing very good. I had to go to an outside coach to kind of correct my form.”

It was a valuable lesson for Robbins, who realized that sometimes athletic success depends on more than just physical strength and working harder. The mental aspect is important, too, as well as the ability to acknowledge your shortcomings.

“I needed to be more focused,” says Robbins, who is still weighing his options for college. “Especially during my freshman and sophomore years, I would get really bad in my head. I needed to eliminate all the mind games I would play with myself and stay focused on whatever my goal was for that day. You can apply that to a lot of places in life.”

Tesar was impressed with how Robbins handled the situation.

“Your physical conditioning is a big part of this sport, even in the throws events. They do a lot of strength training, power and stuff, but we talk to our athletes about their mental preparation,” Tesar says. “I think that’s very underused by a lot of coaches. We talk about their mental preparation, probably as much as we do their physical. That’s a big part of whether they’re going to be successful or not. And you see some athletes — and Zac’s a good case of that — where they have to be willing to admit faults, accept faults, and understand what you’re going to gain from that acceptance. I think that’s hard for a lot of kids and people in general.”

And while Robbins is good enough at football to be recruited by several colleges, the excellent student is also smart enough to want to preserve his brain and not subject it to any more potential damage from collisions in football.

“I’ve had a couple of schools wanting me for football, but looking forward in life, I don’t want to have any head issues or anything like that,” says Robbins, who plans on participating in track and field in college. “I’ve never really had concussions or anything like that, but it’s something that I don’t want to risk. I’m a pretty smart guy, and I like my brain being at full potential. I love football and everything about it, but I don’t want to be 40 and to look back on it like, ‘Wow, I wish I wouldn’t have played because I can’t think properly right now.’” 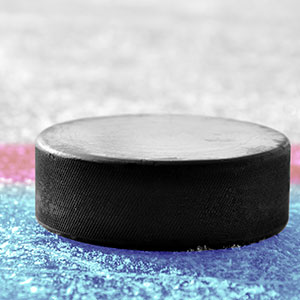 Cold Shoulder
The passion level amongst die-hard fans of hockey is strong, especially in Tulsa. But why isn’t it as popular in other American markets?