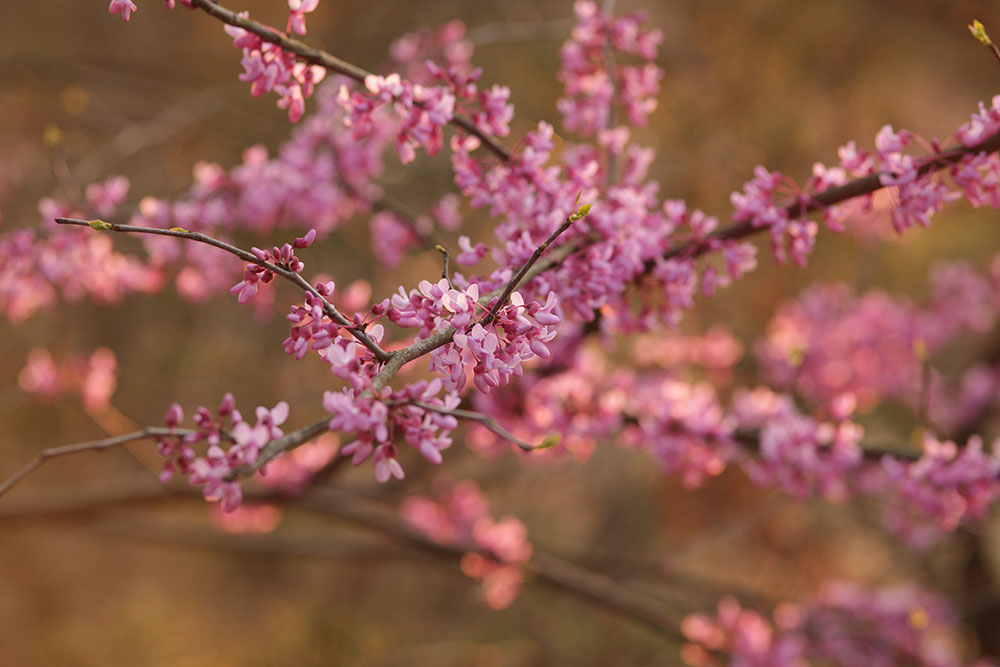 Drawing record crowds, the Azalea Festival not only highlights the beauty of nature in spring but also plays host to a parade, a variety of food vendors, carriage rides through the blooms and more.

Ring in springtime with a trip to Muskogee for the diverse and event-packed Azalea Festival. Running for the entire month of April, the festival — held in and around Honor Heights Park — celebrates the warmer weather and blooming of local flora while boasting a combination of events you won’t want to miss. Daily and weekly events bring something to the table for everyone, including an art show, music concert, cook-off and wine tasting.

This popular event draws a crowd of over 200,000 people every year.

Established by the City of Muskogee in 1909, Honor Heights Park is a massive 132-acre jewel situated on a hill overlooking Muskogee. Even beyond the Azalea Festival, there are many activities to choose from, including fishing in one of five ponds and lakes, playing on the playground or splash pad, visiting the gift shop, and walking or jogging on any of three trails. In the spring, azaleas, dogwood and wisteria, among others, bloom to create amazing art from nature.

Starting the first day of April, the family-friendly Papilion Spring Bloom features a variety of butterflies, over 5,000 tulips and other springtime flowers. Admission is free, and photo opportunities abound. Visitors can grab a bite to eat from a food truck or browse the gift shop for the perfect gift for a loved one.

Have a taste for barbecue and chili? Swing by the Muskogee Exchange Club’s 33rd Annual Chili and BBQ Cook-off. Started  in 1984, the cook-off is one of the biggest single-day events during the festival. Visitors can purchase a taster kit and sample some of the amazing recipes offered for judging. Families will never be bored with such great food, inflatables, pony rides and more.

Stop by the 10th annual Car and Truck Show held by the Cruizaders Car Club of Muskogee. See beautiful older and newer cars on display and see who goes home with awards such as Best Engine, Best Interior, Long Distance and Best in Show. Goodie bags will be given to the first 100 showgoers in addition to door prizes by many merchants, and T-shirts will be available for sale. Part of the show proceeds will be donated to the First Baptist Church Community First Center.

For those who love spirits, don’t forget to visit the Rotary Club of Muskogee’s Party in the Park, where participants can sample all manner of wines and beer for only $20 per person. Snacks and other food will also be available, so come hungry.

The Bare Bones International Film Festival is another event you won’t want to miss, with a variety of screenings from documentaries to music videos and animations. Known for its Indie Auteur award, the festival highlights movies made on a less than a $1 million budget and allows for highlighting amazing films and networking amongst professionals.

On April 20, music lovers will swoon when the legendary Beach Boys and The Temptations take the stage at the Muskogee Civic Center. Surviving through decades where stars have risen and fallen, these groups have long maintained “beloved” status worldwide.

Join your fellow cyclists at Three Forks Harbor for the annual Flower Power Bike Ride, which winds through five possible routes with varying lengths from 5 to 100 miles. Attendance brings in as many as 500 cyclists and ends with a cookout and family friendly fun.

Children and adults will appreciate the chance to experience cars, trucks and service vehicles at the interactive Touch a Truck event on the last day of April. Visitors can touch as well as look at different vehicles such as re trucks, cement trucks, police cars and more. Admission is only $2 with proceeds going to the Muskogee Public Library Children’s department.

Other events you won’t want to miss include the Quilting Under the Stars show, Azalea Festival Parade, and the start of the Oklahoma Renaissance Festival at the end of the month. 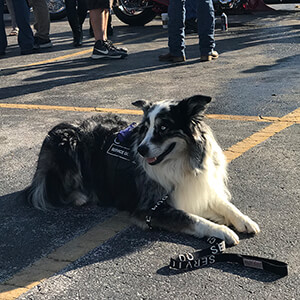 Heal Hounds
A nonprofit is helping veterans regain shattered lives while providing second chances to dogs from shelters, rescues, and those needing to be rehomed. 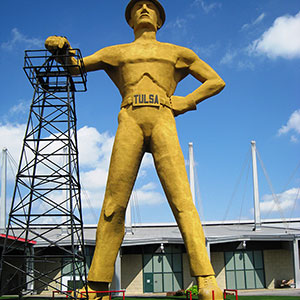 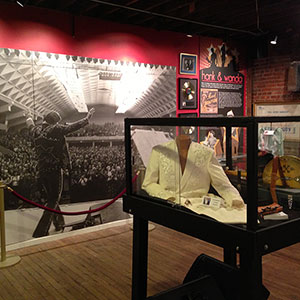 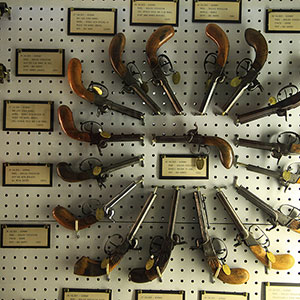 Up in Arms
There’s a criminally good time to be had at the J.M. Davis Arms and Historical Museum with showpieces ranging from a 1350 A.D. Chinese cannon to a tank, samurai swords and pistols of famous outlaws.