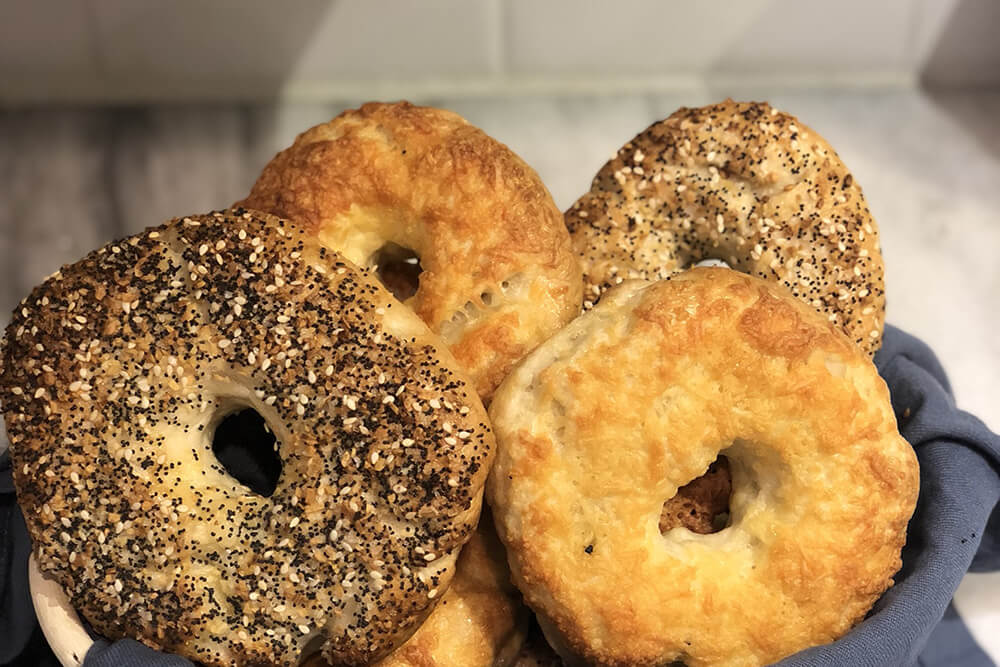 Beauty and the Yeast

Skip the bakery and supermarket; it's time to make fresh, chewy bagels at home. Intimidated? Don't be. If you can make bread dough, you can easily make bagels.

Nothing quite takes care of a Saturday morning craving like a big, chewy bagel toasted crispy and slathered in cream cheese. For me, I especially love everything and asiago bagels.

Now I’ve eaten a lot of bagels in my life, whether baked fresh at an artisan bakery, from Old School Bagel Café on lazy Saturday mornings with my husband, or even store bought for quick breakfasts throughout the week. But never — not one time — in my life have I ever eaten an honest-to-goodness homemade bagel from my kitchen, or even from a friend’s. Quite frankly I never considered they were something that could be made in one’s kitchen. Instead, I assumed they were a product that could only be created and perfected by generations-old bakeries in New York from secret family recipes.

That is, until I recently tried it. I don’t think I have ever been quite as shocked at the ease of replicating a food product I assumed would be difficult. As with most new recipes, I was prepared for frustration and a long evening in the kitchen, but it was very much the opposite. For starters, there are only five ingredients involved, and guaranteed you already have the first four in your home at this moment: flour, salt, sugar, and water. The last ingredient is a couple of teaspoons of active dry yeast, which is a cheap and easy grocery store purchase.

After mixing the ingredients, the dough needed an hour of hands-off time to rise. So we took the opportunity to run to the Mother Road Market for tacos. (My husband, Tyler, and I somewhat consider ourselves to be connoisseurs of the street taco scene in Tulsa. Our very favorite is the taco truck behind Fair Fellow Coffee Roasters on the corner of First Street and Lewis Avenue. I do not know what makes those little tacos taste like they descended on a one-way ticket straight from heaven, but we are obsessed. And the Mother Road Market happens to house their second location, which is just as good.)

After tacos we, of course, had to have ice cream from Big Dipper Creamery — locally made small-batch ice cream in scratch waffle cones so fresh they were still slightly warm. If you haven’t been to the Mother Road Market, you really must go. The evening we were there, the sunset view from their large back-patio seating area was a blazing shade of orangy-pink, throwing the downtown Tulsa skyline into a sharp shade of purply-gray relief against the fiery sky. We got to experience all of this and still made it home in time just as the dough was finishing its rise.

My husband has a lot of experience in bread-making, but I made sure he stayed mostly hands-off so I could genuinely say I nailed it (or failed it) on my own. The only thing he showed me was his technique in rolling out the dough to make it more dense and compact — which I did not have the patience to replicate seven more times (the recipe made eight dough balls). I tried to do as he instructed, but mostly I just haphazardly created the semblance of a bagel shape. They looked fine, but Tyler’s perfectly rolled bagel dough did stand out among my haphazard ones.

After rolling out the bagels, the next step was to boil them in a large stockpot for two minutes on each side (the longer the boil, the chewier they will be). I was surprised at how much they expanded in the water. Keep this in mind if you decide to attempt bagels yourself.

Next, I placed them on a greased baking sheet and swiped them with an egg wash before piling on the toppings. Now, this is the step where making bagels pays off because you can unapologetically put on as much of that everything bagel seasoning, or asiago cheese, as you want. I availed myself of this opportunity.

After loading the bagels down, I put them in an oven heated to 425 degrees and baked them for about 25 minutes. At each step, I kept expecting to somehow mess up, for the inevitable frustration to set in, because of my preconceived notion that making homemade bagels was supposed to be hard. Surely I would take them out of the oven, and they would be burnt to a crisp, or somehow fallen flat like pancakes.

But as they baked, they only filled our house with a heavenly scent, and when the timer went off, I opened the oven door to reveal golden-brown, pillowy, picture-perfect bagels. It’s probably weird to get so excited about circles of baked bread, but seriously they looked like they came straight from a neighborhood corner bodega in New York.

They were so beautiful and smelled so good that I devoured one, even after tacos and ice cream (I’m breaking up with you, summer beach body; it’s not you, it’s me). The texture was even dense and chewy, just how a bagel is supposed to be. I took the extras to work the next day and my co-workers devoured them — a sure sign that I wasn’t just biased in thinking this was a nailed-it experiment.

I highly encourage you to try this at home. It’s fun, shockingly easy, and you’ll have a quick breakfast ready-made for each day of the week. 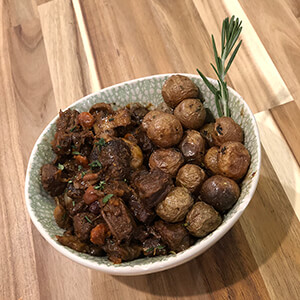 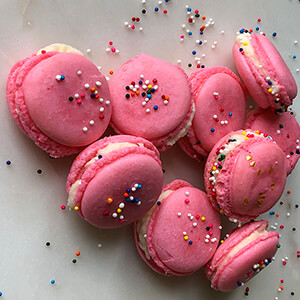