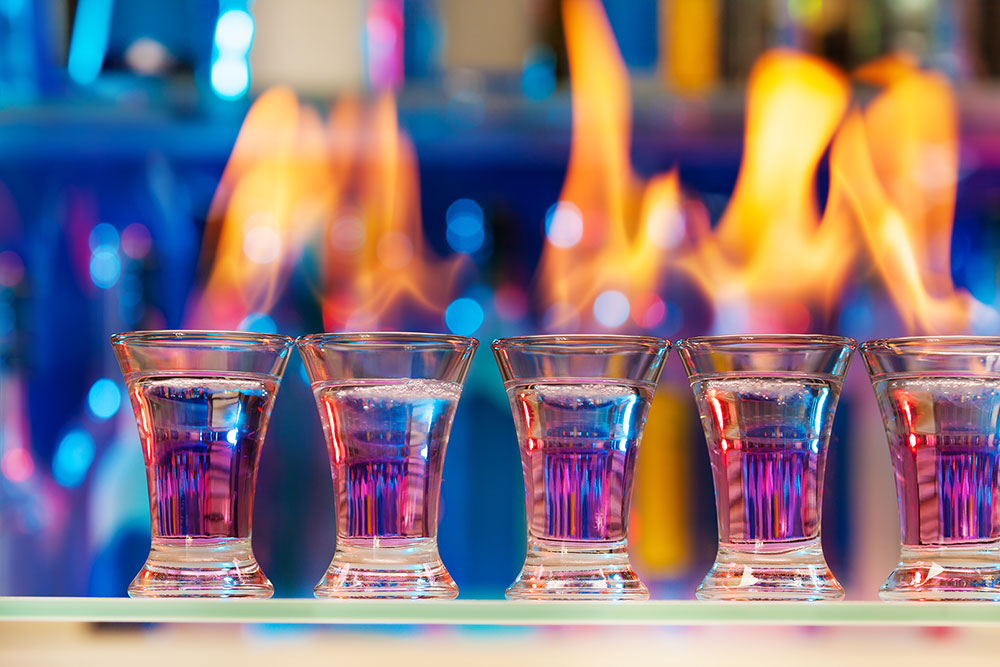 Not every trip to your local watering hole is going to be memorable. But utilize a few of our ideas and it may become legendary.

Sure, everyone likes to go out and have a good time with friends. Most of us like to do it at the local bar, fueled by alcohol, good conversation, and some good tunes — or maybe just a great round of pool. But what can you do to make the night truly memorable?

True, not every night can be epic, but it becomes a whole lot more interesting when you build your bucket list — then knock them off, one by one. Surely, you can think of a few more, and a few that are more suited to your personality, but here’s a list of 20 to get things started, not to mention keep you coming back to build on past experiences.

1. Dance on the bar top, but only if you’re a female. Sorry guys, no one wants to see you up there. Sure, it’s a cliché, but to every cliché, there’s a thread of truth. And yes, you need to go ahead and be “that” girl at least once.

2. Start a chant from the top of your barstool. Capitalize on the moment. Get everyone involved, so that they all feel like they’re a part of something. And make it at least somewhat original. Unless, of course, you’re starting the chant for the Thunder during playoff season.

3. Tip at least 100 percent on a large tab, or a minimum of $50 (or be a baller, go $100) on a small tab. And do it anonymously. If they know you and know it’s you, you’ll be the bartender’s best friend for a season and they’ll look forward to a repeat, which is fine. Do it anonymously, though, and you’re a myth or a ghost. Especially when you drop it on someone you know is having a rough night. Pay it forward and expect nothing in return.

4. Start a conversation with a stranger while using the bathroom. Bonus points if you can keep the conversation going as you roll back out into the crowd and buy them a round.

5. Drink something that’s set ablaze. Everyone needs to do it at least once. It doesn’t have to be disgusting, but it might be. Most likely, it will have a 151 float for the flame, but that’s not necessarily a bad thing. Shots are the most common, but more impressive if it’s a full cocktail and it actually tastes good.

6. Let a random stranger buy you a blind shot. First, you’ll have to make a new friend and get them to warm up to you. Then, you’ve got to show a little trust, because you’re drinking whatever they choose, as poured and guided by the bartender, of course. You’re not looking to get roofied, just add a little adventure to the night.

7. Engage everyone nearby with a grand story. Include plenty of details, excitement, and laughs (likely at your expense). See how long you can keep them all entertained, because it’s a great story and possibly based on a thread of truth, but otherwise utterly bogus.

8. Take a “new friend” to the next bar and back. So, you’ve successfully gone from stranger to drinking buddy. Up the game by getting them to roll to the next bar with you. You’re buying the next round. Make sure you get them back to the starting point and their ride. Either way, it’s what a good friend would do.

9. Get the bartender to create a new drink and name it after you. Sure, it’s another cliché, but can you actually make it happen? Not just a rum and Coke with your name on it or the nastiest random concoction they can come up with. Something different, cool, and tasty. Then make it yours. Make sure to order at least one every time you come in.

10. Buy a drink for another guy’s girlfriend: you’ve seen it before. She’s probably too pretty for him and he’s carousing with his friends or otherwise ignoring her. Send her a drink. Do it anonymously — we’re not trying to start a fight, just make her feel special and get him to pay attention. And if he’s clueless, she’ll be thanking you another time. Ladies, this can go both ways.

11. Buy a round for the guy you just argued or fought with. No, this isn’t intended to be the second stage of the previous challenge, but it might be. Either way, swallow your pride and be a man, especially if you know you were in the wrong. Even more impressive if he just gave you a black eye or a sore jaw. Beer can wash away many transgressions and heal the butt-hurt. Do the right thing, even if you don’t feel you were wrong.

12. Sure, everyone can sing their favorite song after a few rounds of liquid courage, but how bold are you? Let the DJ pick the song. No heads up. Just start the music and go for it. It’s crash or burn time. You’ll either fail epically and embarrass yourself or knock it out of the park. Either way, you’ve got a great story for later.

13. Create a fake identity. A new name and background, and even better, include a different accent. Your friends can be in the loop, but you can’t break character all night.

14. Kiss a stranger. Not just a peck on the cheek or lips, a real kiss. Passionate and in public. Then walk away with no regrets. No name or number is even better.

15. If they’ve got a jukebox, it’s almost certainly one of the new digital ones that you can access and log in to with your phone. Ante up and pay the price to prioritize and jump to the front of the playlist, then change it up. They’ve been playing predominantly country? How about hip-hop, R&B or dance music? Let’s see where some hippie jams take us. Make your group part of the fun and have everyone pick a tune to build at least a half-hour playlist, all in keeping with the new genre of choice. And if the bartenders and crowd have been generally stand-offish and rude? Well, that sounds like a death metal exit.

16. Buy the band a round. If you deliver it to them to drink onstage, it lets them know you appreciate them and what they’re doing. If they sit down and have another round with you after they’re done, they appreciate you as well.

17. Watch a championship game with the hometown crowd. Not every city gets to experience a championship in professional or college sports. And not everyone can afford tickets for an NBA Finals or World Series. The everyday man who’s truly emotionally invested in the team is most likely watching the game with friends at a local bar. Whether it’s the triumph of victory or the agony of defeat, no one feels it more than the real fans. Sure, it would have been amazing to be inside Wrigley Field, but don’t you think emotions were running even higher at the local pub across the street? You’ve got to experience it at least once.

18. Buy a round for everyone at the bar. Because you want to be that guy, at least once.

19. Get someone to drink the Mat Shot. You know the bar mats that the bartenders use when pouring drinks? There’s a reason they’re there — to catch all the spills and over-pour when the bartenders are in a hurry. At the end of the night they’re usually shaken and poured out in the sink and washed away. Now, see that guy simply dying for attention? Assure him he’s cool and he definitely wants one last shot for the night that will outdo all the others. He’ll love it! No, actually he won’t. But if he doesn’t heave in a trash can, he’ll be a legend, at least for the night.

20. Include the bartenders. They may be working, but they’re good people too. Make sure to tip well, but also make them part of the party. If you’re buying a round for your friends, buy a round for the bartenders as well. Or if there’s an after-party, invite them to join. After all, they’ve worked a long night and need to unwind as well. Make sure they know they’re appreciated. Money talks, but so does treating them like one of the friends you’re taking care of. 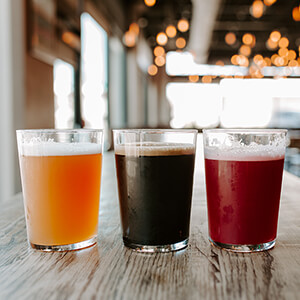 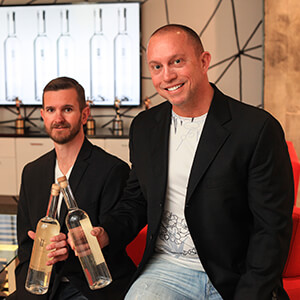 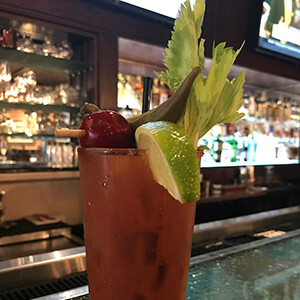 Sunday Bloody Funday
Whether you like yours spicy, tangy, smoky, or loaded up with all sorts of gourmet garnishes, it's easy to find a concoction that's a bit more substantial than a mimosa on a weekend morning. 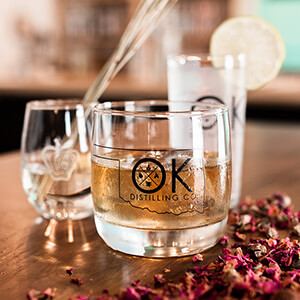