The J.M. Davis Arms and Historical Museum in Claremore houses the largest privately-held firearms collection in the world. Not only is a gun once owned by Pretty Boy Floyd available for viewing, but also those of Bonnie Parker of the infamous duo Bonnie and Clyde, the Mexican Revolutionary general Pancho Villa, the American outlaw Jesse James, and the like. Since 1969, the museum has made its collection of over 14,000 weapons available to the public. Over 30,000 people visit every year to enjoy the expansive 40,000-square-foot museum with all its historic treasures. The weapons range from large and small, to military and all sorts of material. They try to hit the highlights of the weapons like the caliber, the history of its use and those who used them.

In 1934, Pretty Boy Floyd, a contemporary of Baby Face Nelson and Machine Gun Kelly, was laid to rest, once and for all, in the largest attended funeral in the history of Oklahoma with 20,000-40,000 in attendance. Why was it so well attended? Folks wanted to see the burial of one of the most infamous gun-toting bank robbers in the history of the United States.

Was Pretty Boy Floyd notorious? Yes. A victim of hard times during the Great Depression? Perhaps.

Amazingly, one of the many guns used in those infamous robberies can be found on display, right here in Green Country. The J.M. Davis Arms and Historical Museum in Claremore houses the largest privately-held firearms collection in the world.

Not only is a gun once owned by Floyd available for viewing, but also those of Bonnie Parker of the infamous duo Bonnie and Clyde, the Mexican Revolutionary general Pancho Villa, the American outlaw Jesse James, and the like. Weapons like these and many more can be found in Claremore’s historic museum.

Since 1969, the museum has made its collection of over 14,000 weapons available to the public. Over 30,000 people visit every year to enjoy the expansive 40,000-square-foot museum with all its historic treasures.

In 1894, John Monroe Davis received his first gun from his father when he was only 7 years old. Davis’s childhood had been wrought with sickness, and one day his father bribed him to take medicine by giving him a muzzle-loading shotgun. This was the beginning of a long, healthy life and a passionate love affair with guns for Davis.

Years later, when arriving in Oklahoma, Davis bought a 125-room hotel in Claremore and began displaying his collection of 29 guns for his guests to admire. The collection’s popularity grew, and so did the number of guns. Over the years, Davis amassed thousands of guns, running out of room to properly showcase them.

The collection was everywhere throughout the hotel. It was in the dining room, the café, the lobby, even in the ballrooms. In 1967, Davis made a deal with the state of Oklahoma to build a museum to display all of his guns.

Part of the Route 66 community in Northeast Oklahoma, the museum has flourished ever since.

Wayne McCombs, the museum’s executive director, sees the museum as a way for visitors from around the world who visit Oklahoma to experience a part of United States history they wouldn’t otherwise.

“There’s been some people that disagree with the use of firearms,” says McCombs, “but there are fascinating stories behind these weapons, how they were used and who they were used by. It’s just a part of history.”

For instance, one of McCombs’ favorite stories from the museum has to do with one of the first firearms the world had ever seen — a Chinese hand cannon.

“Guns were invented, supposedly, about 1290 A.D. Our oldest weapon in the museum is from 1350 A.D. It’s from North Central China and it was used by the militia of the city [ from that region]. It’s really nothing but a copper tube that’s been coated. The gunpowder would go into the back of the tube. They would load bits of rocks and glass and sharp objects in the front of the tube and hold it like a Roman candle. You light the thing, and in 1350, a person holding something shooting balls of fire out of it, coming your way, that’s pretty scary.”

And the newest weapon displayed in the museum is a high-tech automatic rifle.

“Our latest weapon is from 2015,” McCombs says. “It’s an automatic rifle that is extremely light, weighing only six and a half pounds. We have all types. We have large, small, big, little, military, all sorts of material. We try to hit the highlights of the weapons like the caliber, the history of its use and those who used them.”

J.M. Davis may have been the biggest donor of the collection, but some other donors through the years have been noteworthy.

“Tulsa County Sheriff ’s Department and the Claremore Police Department will donate guns that they’ve confiscated. Sometimes instead of melting them down, they’ll contact us,” says McCombs.

The museum can receive donations from just about anyone, but it’s unlikely a gun or weapon someone has lying around is one the museum doesn’t have already on display. “This isn’t meant to be a jab at anybody,” says McCombs, “but most of the time, when somebody comes in, we already have two or three of something they would like to donate.” 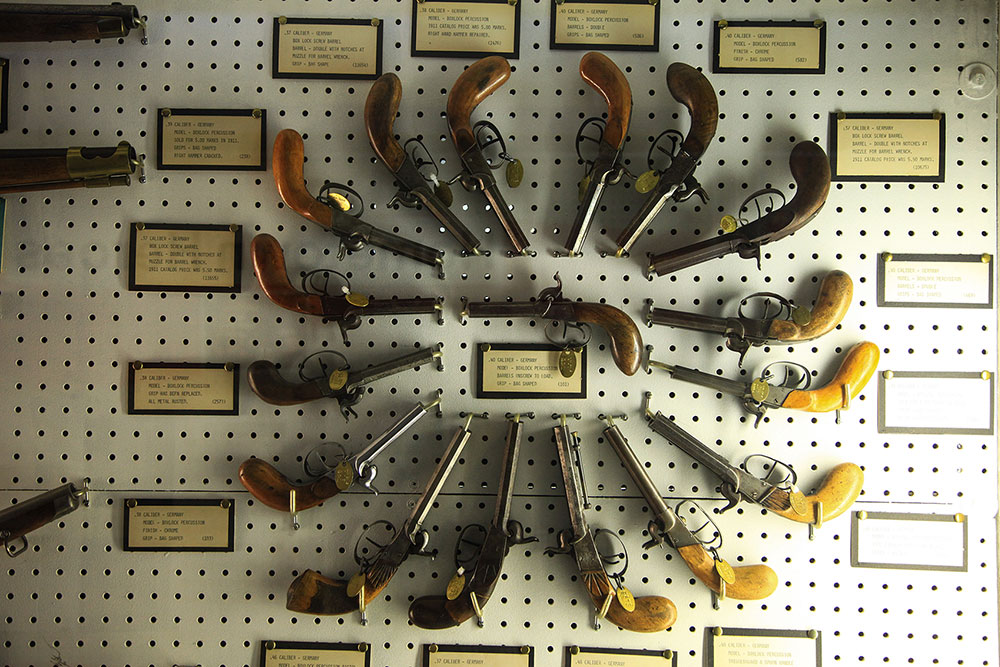 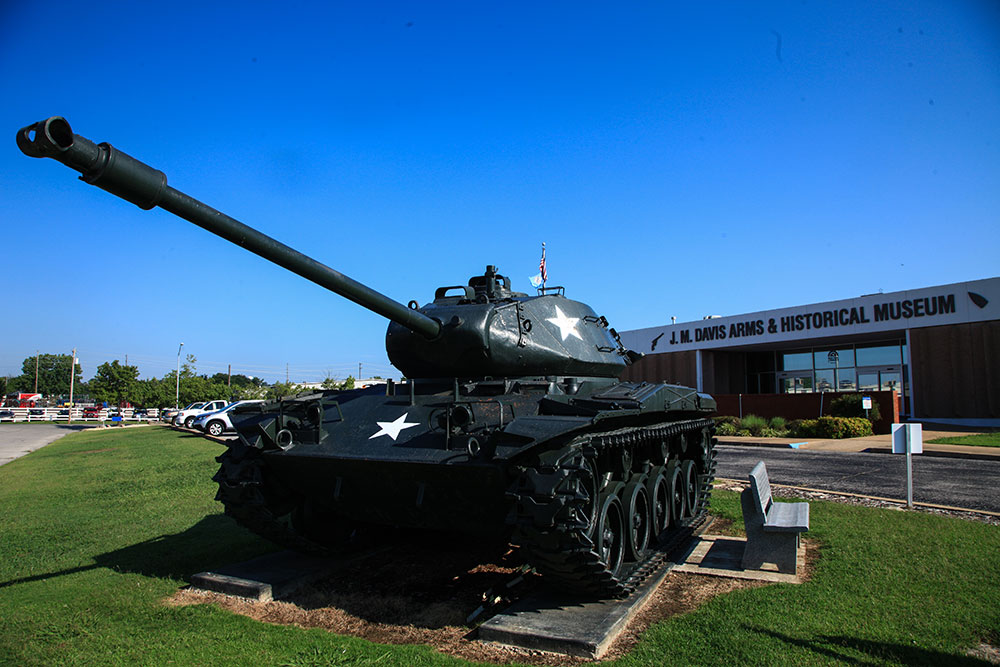 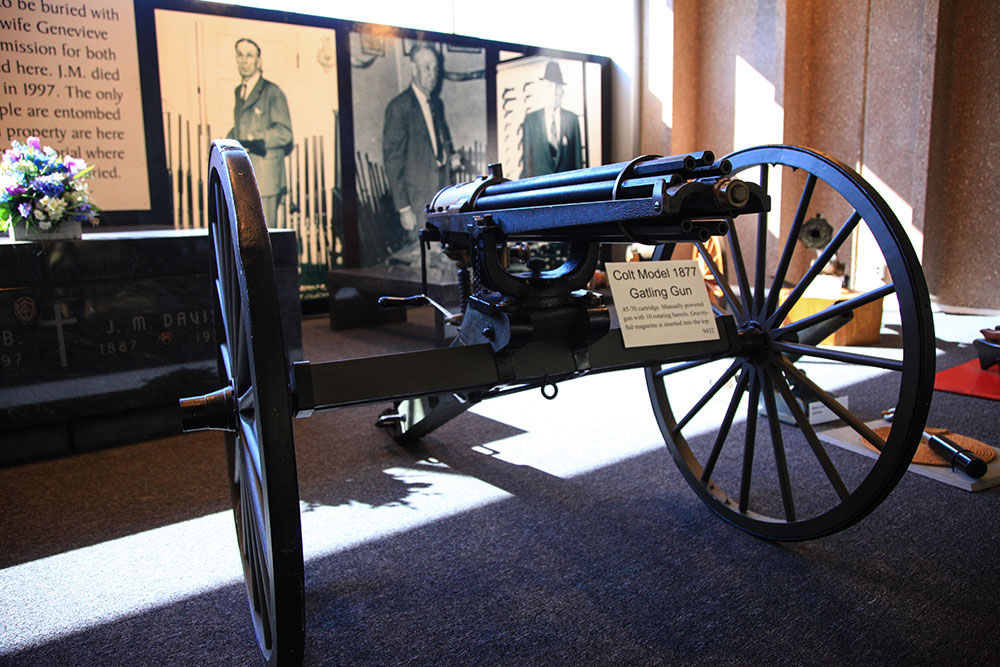 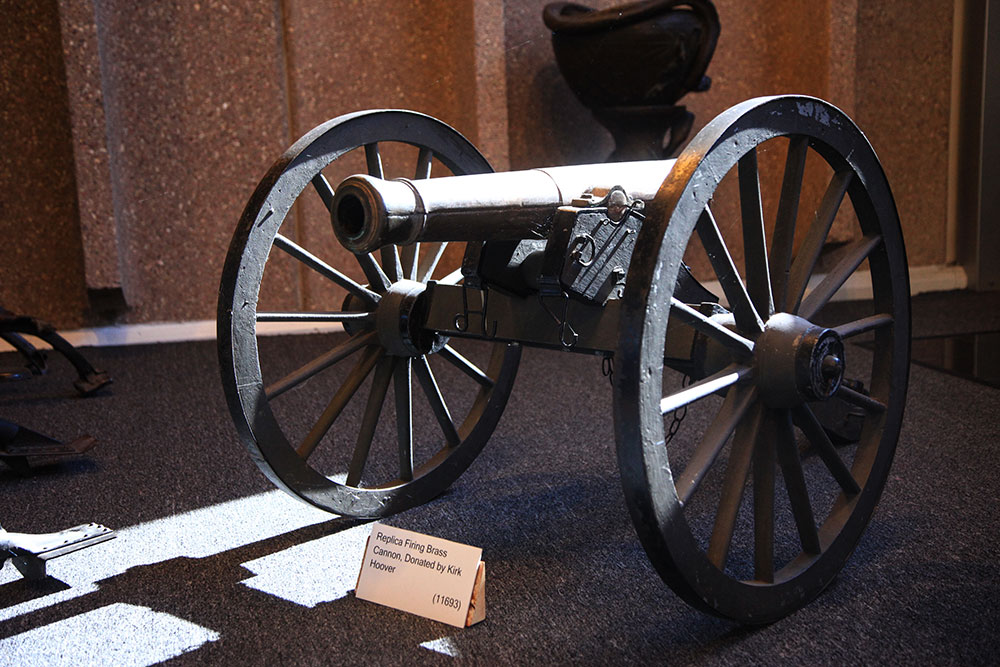 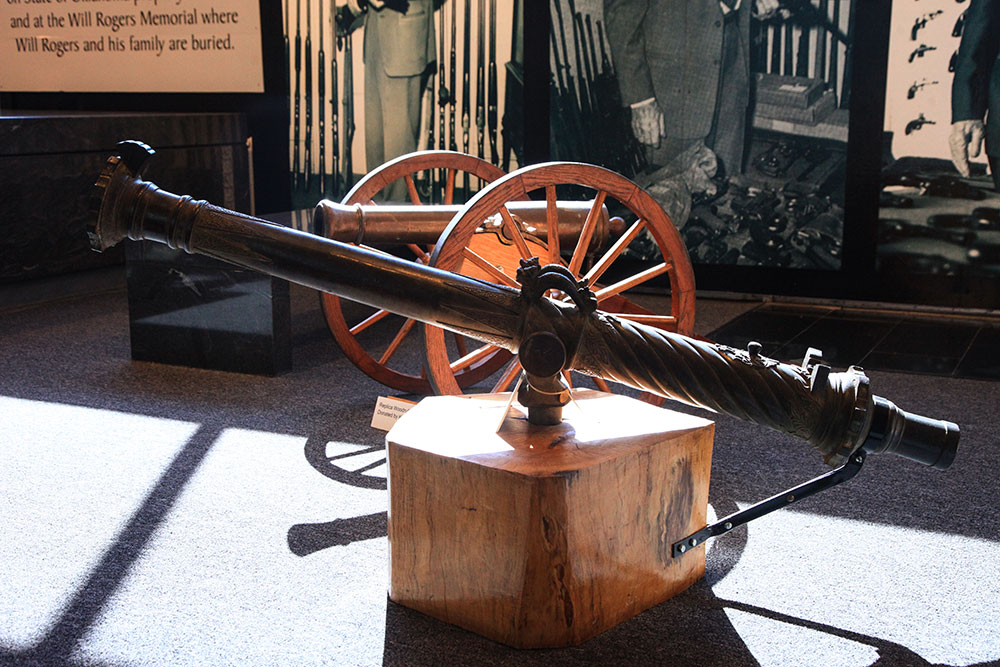 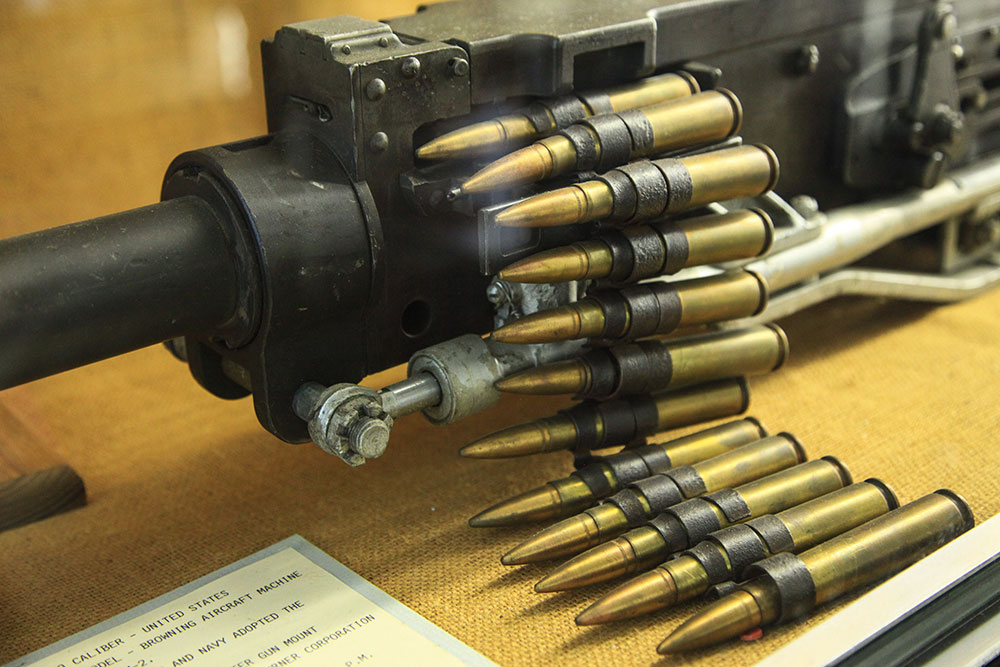