Lanna Thai aims for perfection. Ask any devoted customer, and they’ll tell you Lanna Thai’s unique blend of spices and herbs makes the dishes some of the best food in T-Town. From peanut sauce smothered pad Thai to panang seafood piled so high you’ll think you’ve died and gone to heaven, you’ll be wishing you could come back before you even leave your seat. An extensive wine and beer list, cocktails and martinis galore help cement Lanna Thai as a perfect choice for an evening of dining excellence.

Fans of Asian cuisine who’ve lived in Tulsa for any length of time are bound to be familiar with Lanna Thai. It’s one of the most authentically Thai restaurants you’re likely to find anywhere in Oklahoma, and the reason for that is simple: the Karnchanakphan family that owns it (along with its sister restaurant, The Tropical) hails from Thailand.

Immigrating to the U.S. so that the husband could attend the University of Tulsa, Nongnat and Teerakun Karnchanakphan realized that while they loved Tulsa, they were also homesick for a literal taste of their native land. And so the restaurant, Lanna Thai, was born in 1998.

“My parents started Lanna Thai because they missed Thai cooking so much,” says Tana, their son, who is now part owner alongside his parents. “They wanted to bring all these wonderful Thai dishes to Tulsa.”

In addition to the family’s Thai roots, there is another powerful reason for the authentic flavors found on their menu. Lanna Thai’s original chef was also Thai by birth, and she brought with her many family recipes. Those recipes, adapted for restaurant style cooking, are still in use in Lanna Thai’s kitchen.

Over the years, the restaurant has gained a large and loyal following. This explains a couple of unique aspects of the menu.

First, it is long — longer than you might find at most restaurants — because there are so many regulars who beg for the Karnchanakphan family not to ever remove their beloved favorites. “Our menu is large, which is a blessing and also a curse,” laughs Tana. “But it’s fun. We have some customers who come in and order the same thing every time.”

Those long-standing loyal customers also explain a second quirk of the menu — the dishes are all numbered, but they’re not listed in numerical order. Diners can order by the dish’s name, which is a great convenience for newer customers who want to skim a menu organized by type of dish. But some customers who have been coming to Lanna Thai for years have the number of their favorite dish memorized.

“We can’t really change the numbers because a lot of people know our dishes by the number rather than the name,” says Tana. “They’ll come in with the number they want.” And since the Karnchanakphan family approach is to make the customer feel at home, they aim to please down to the smallest of details, like keeping numbers on a menu that has grown significantly since the restaurant first opened.

One of those best-loved numbered dishes is the No. 24 — also known as lanna khao pad — Thai fried rice with a choice of meat, green peas, carrots, yellow onions and tomatoes, topped with a fried egg and scallions, and served with fresh cucumbers, lime and clear soup. “We’re famous for it,” says Tana.

The pad thai is both a fan favorite and a national award-winning dish. Here’s how the story goes: A study was done around the nation for best Thai restaurants in the U.S., sponsored by the Thai government, and Lanna Thai made the top 50 best Thai restaurants list through an interesting moment of serendipity.

“It’s a unique story how they [the study team] ended up in Tulsa,” Tana explains. “They originally were only going to major cities, and I believe their flight got detoured or they got delayed in Tulsa somehow.” The team saw that Tulsa had a Thai restaurant and decided to try it out. “They loved it,” says Tana, “and we actually ended up on their list, which is pretty cool.” The award certificate is hanging on the wall in the restaurant’s entrance area.

Most of the menu items are highly customizable, allowing diners and the kitchen staff to get creative.

Lanna Thai also offers a full bar that serves mixed drinks, wine and a variety of beers. Tana recommends a popular Thai beer called Chang, which pairs well with anything on the menu and is very much what you’d drink if you were visiting Thailand.

Even the décor connects the customers both to exotic Thailand and to the familiar history of Tulsa. The Thai decorations come mostly from the Karnchanakphan family home or from trips they have made to Asia, including the antique Thai wagon displayed at the front of the restaurant.

Other decorations, though, such as the Italian- themed murals on the walls, are leftovers from an old restaurant that used to reside in the building before Tana’s parents acquired it. Tana says his parents wanted to maintain that connection to the building’s history, so they left the beautiful wall art alone.

That spirit of connection, heritage and family is something that makes the whole team at Lanna Thai special, as Tana points out. “The saying goes, and I used to hear my dad say this a lot: At the end of the day, we all eat out of the same rice pot. Everyone understands that this is not only where they work, but it’s also kind of their second home. When customers come in, we want them to feel like they’re coming into our house to enjoy the food that we make in our own kitchen.” 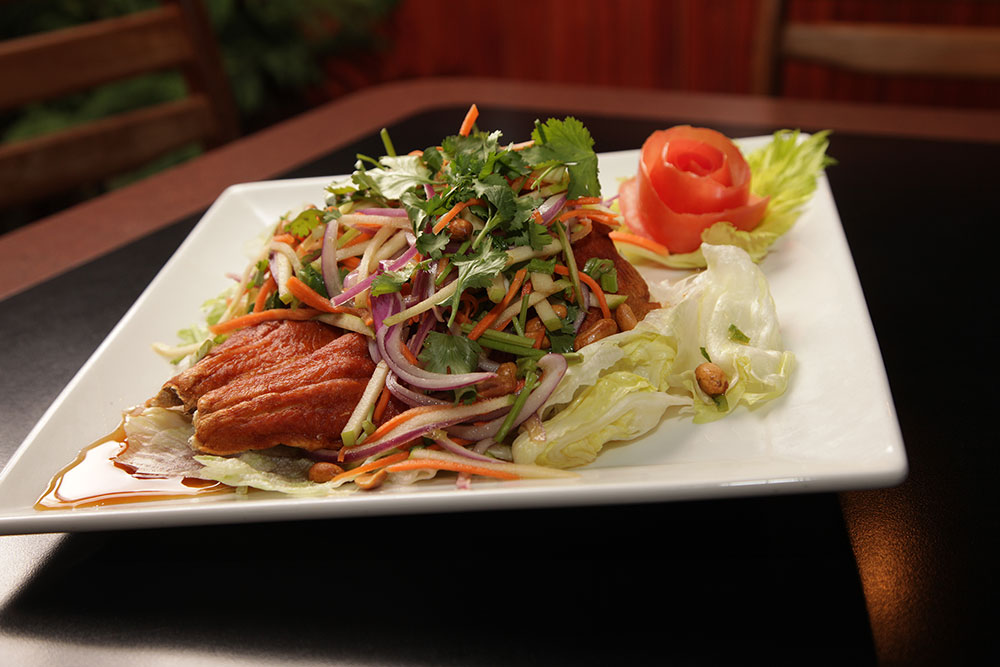 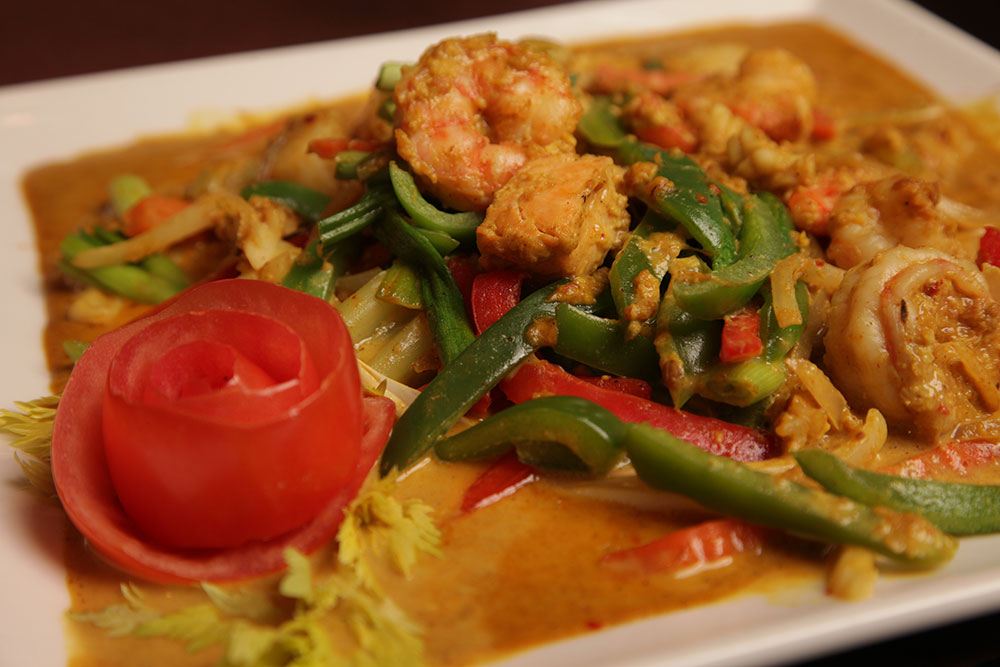 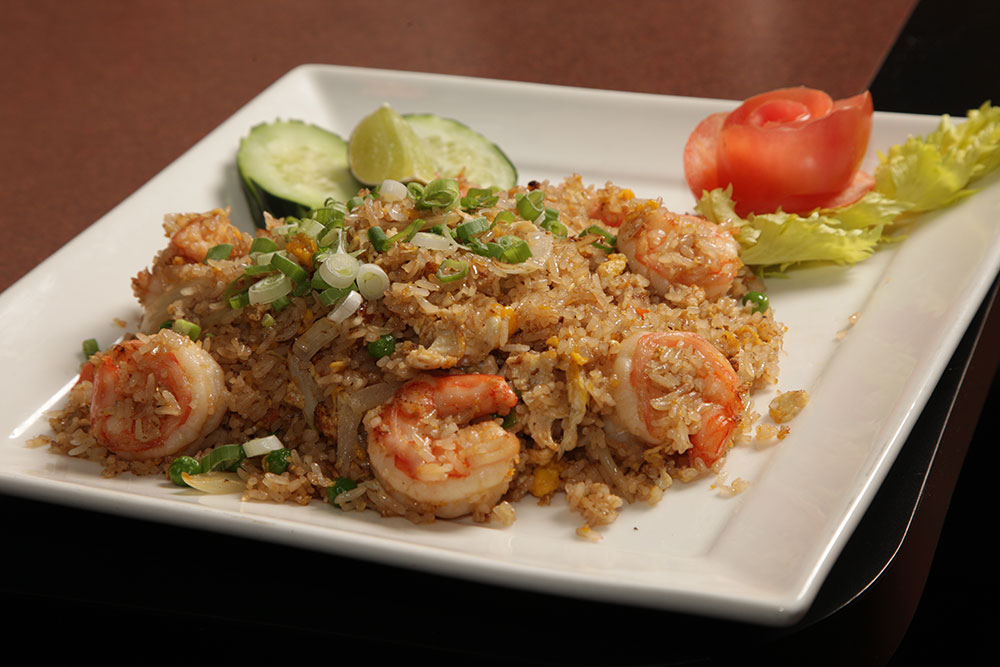 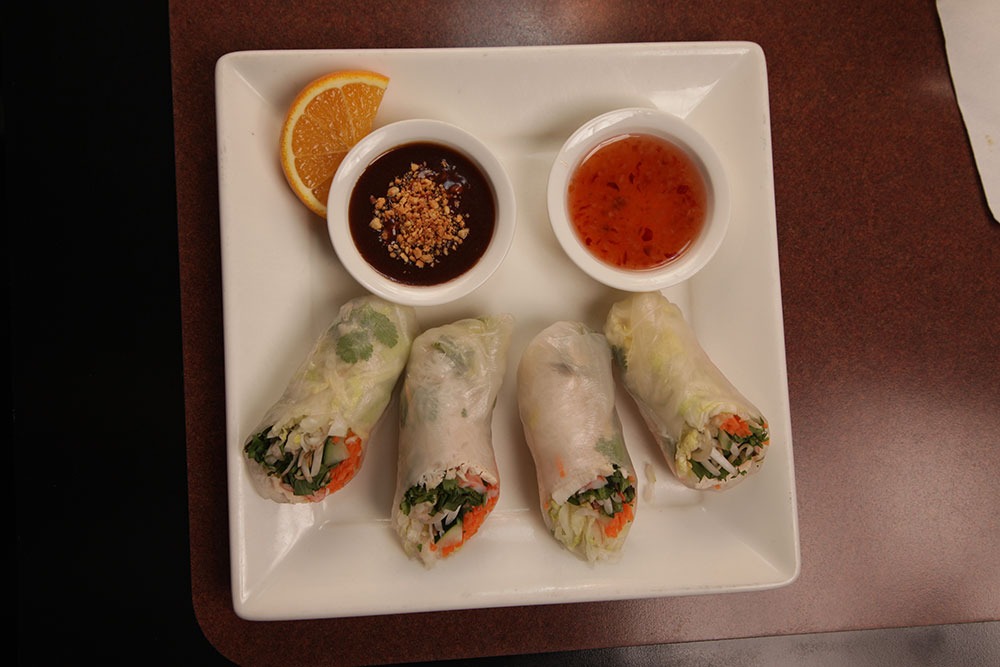 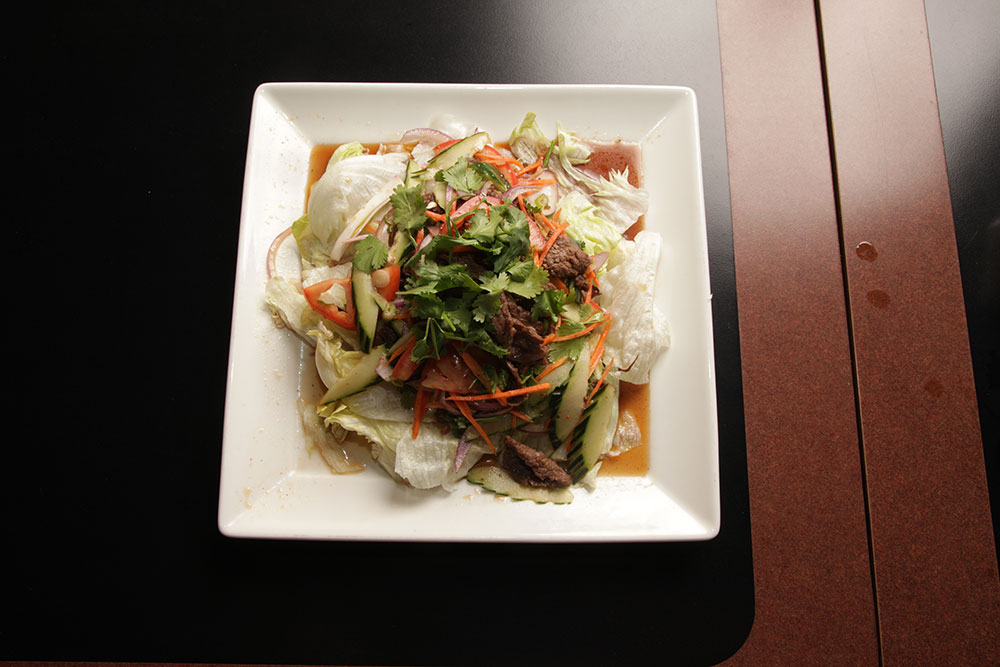 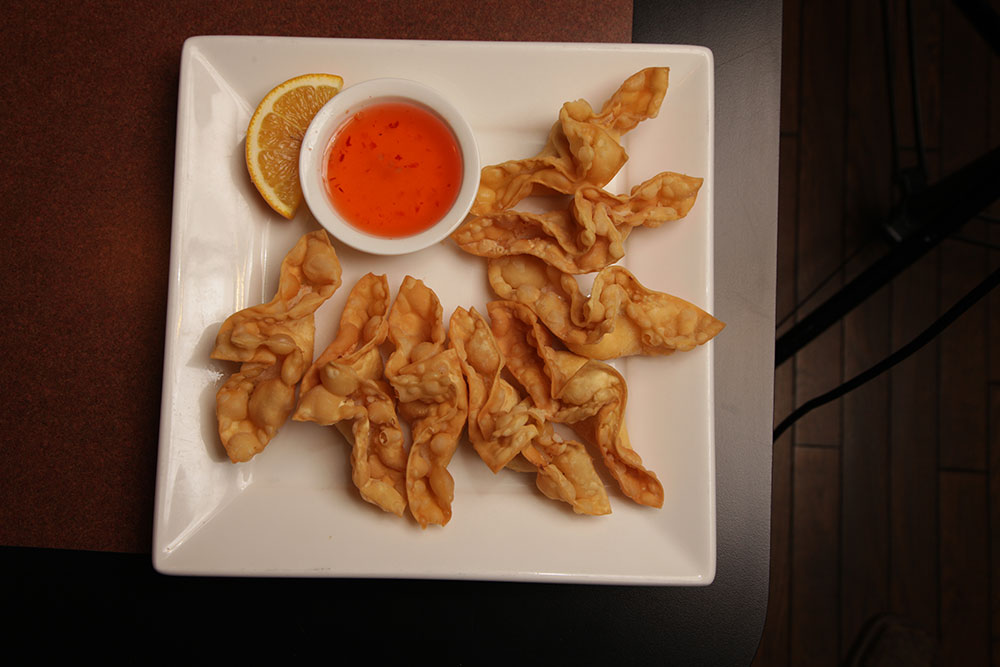