A bright spot of mid-century modern bliss, Kitch is a food endeavor launched by Bernadette Feickert, co-owner of the restaurant with her husband, Toby. She’s also the brainchild behind Jenks’ well-known gourmet cookie, gelato and cake shop, Cookiedoodle, which is located adjacent to Kitch and shares open dining space with the cookie shop.

“I’m an entrepreneur, a creative person, a person who is fueled by coming up with new ideas and executing them, and seeing it all come to life. So that’s what fuels the idea,” says Feickert. She and her husband tossed around several ideas for their next new food place before settling on Kitch. “It seemed like everything was lining up to make this happen,” she says.

The Feickerts owned the popular café and pub Miss Addie’s in Muskogee for 27 years before deciding to do something different. “We closed it about six months ago, when my husband retired,” she says. “So, we had a lot of restaurant equipment, a lot of things we could use to do Kitch. That, combined with the fact that the neighbor to Cookiedoodle was moving out and his space was available, we said OK let’s do one of these ideas we’ve had for so long.”

The Feickerts knocked down the wall and opened up the space so that customers can wander between Cookiedoodle and Kitch at their convenience. Kitch’s atmosphere is open and bright, featuring a mid-century modern, 1960s feel, with bright orange vinyl counter seats, molded plastic dining chairs, a flowery white hanging light fixture, and starry Pyrex-style decorations on the wall. It all feels light and fun, perfect for brightening up your day before or after shopping or dropping the kids off at school.

The focus for the morning rush will be speed with Kitch’s system that allows customers to order to-go, drive up, and have their meal or drink handed to them with ease as they go about their busy day. “We encourage our customers to text their orders and pull up in front,” she says.

In terms of lunch, Kitch offers fresh menu items such as pork or smoked chicken ranchero street tacos, banh mi, Reubens, and muffulettas. “And then we’re doing some of the things that are traditional lunch meals like a club sandwich, tortilla soup, a soup of the day, a power bowl salad, a blue cheese wedge salad,” says Feickert. “I’m really proud of our chicken salad recipe. I really think it’s going to score.”

Many of the dishes feature favorites from Miss Addie’s, like the tortilla soup. “But we’re also trying to stay on top of current food trends.” A special treat for everyone who eats at Kitch is the popover served with fresh strawberry butter. “We have chef’s specials every day too.”

Kitch features some unique sweets of its own. “We have some different things,” says Feickert. “There’s been a calling for pies for a long time. And the only day we ever did pies [at Cookiedoodle] is the day before Thanksgiving. We bake five different pies, hundreds of them.” (Those pies are available for preorder at Cookiedoodle.)

At Kitch, though, fresh pie is a regular menu item. “We have a couple of fresh pies on the counter that we’re cutting from every single day,” she says.

“And cakes. We’re doing a big deal with cakes. We’re doing triple-layer cakes. The cakes come in several flavors, including orange crunch, death by chocolate, apple maple, and strawberries and cream. They are huge slices. I don’t think our guests will be able to finish them while they’re here. They’re presented in a to-go box because we’re sure they’re going to be too big for you to eat.”

Kitch will also do catering off their menu, great for breakfast or lunch meetings. “We’re happy to do platters of our sandwiches,” says Feickert.

Feickert says her passion for food is inspired not just by the menu at Kitch, but also by the sweet treats offered at Cookiedoodle. “The decorated cookies that Cookiedoodle does just fuels creativity,” she says. “Every day, you’re just acting on your creative instincts. And food in all aspects, I think, is the same way. It just fuels my creativity. It’s very fulfilling.” 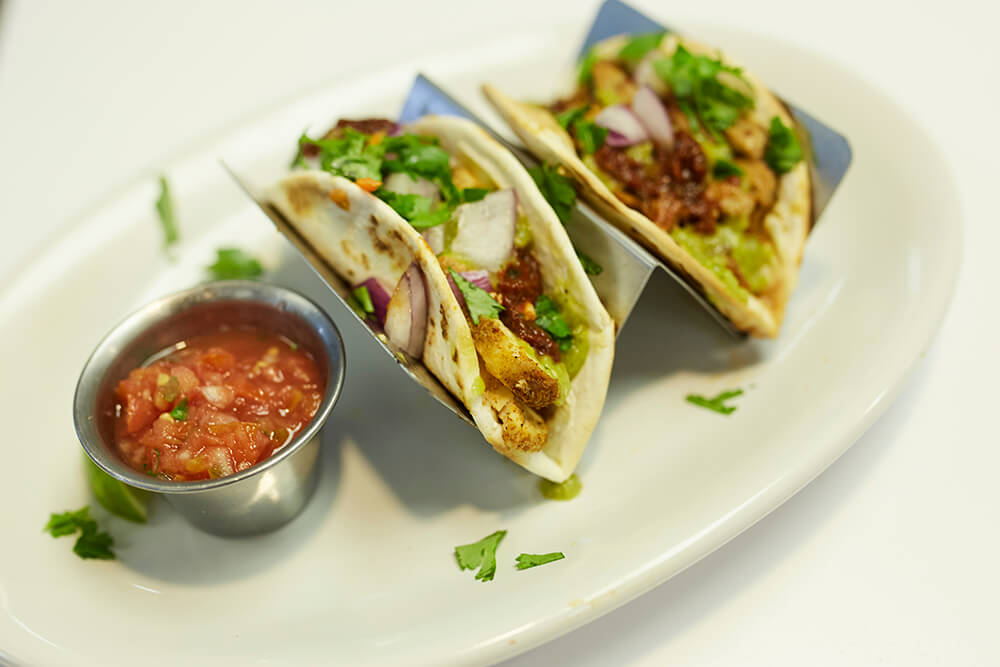 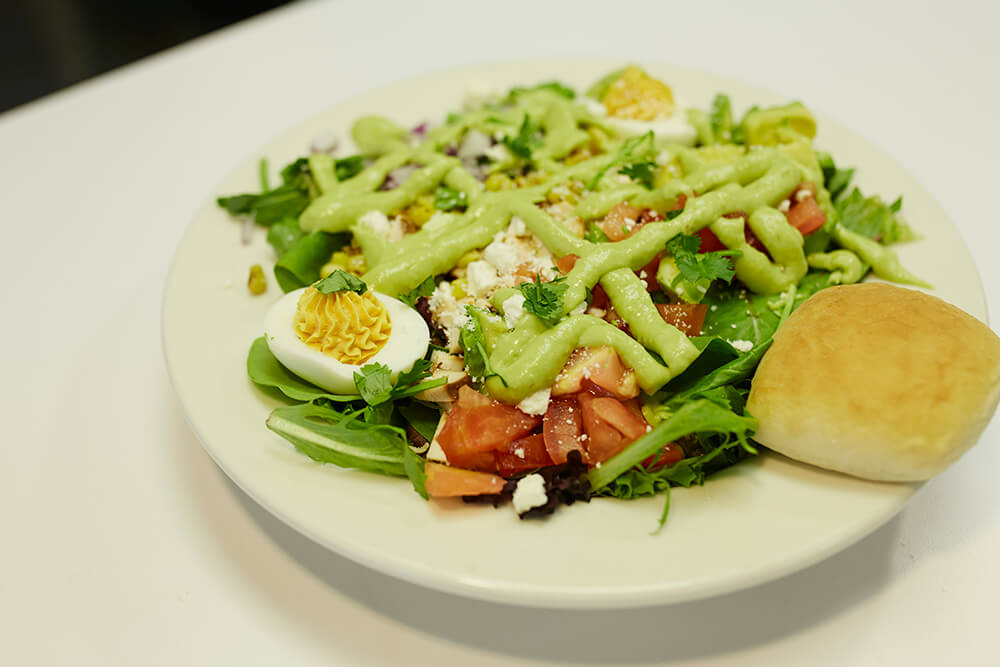 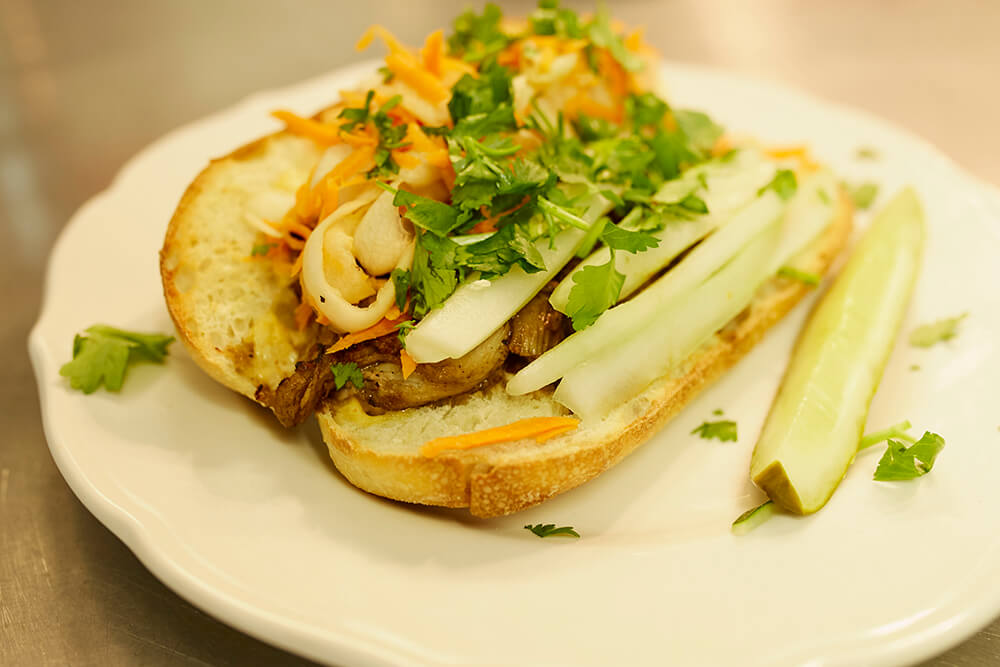 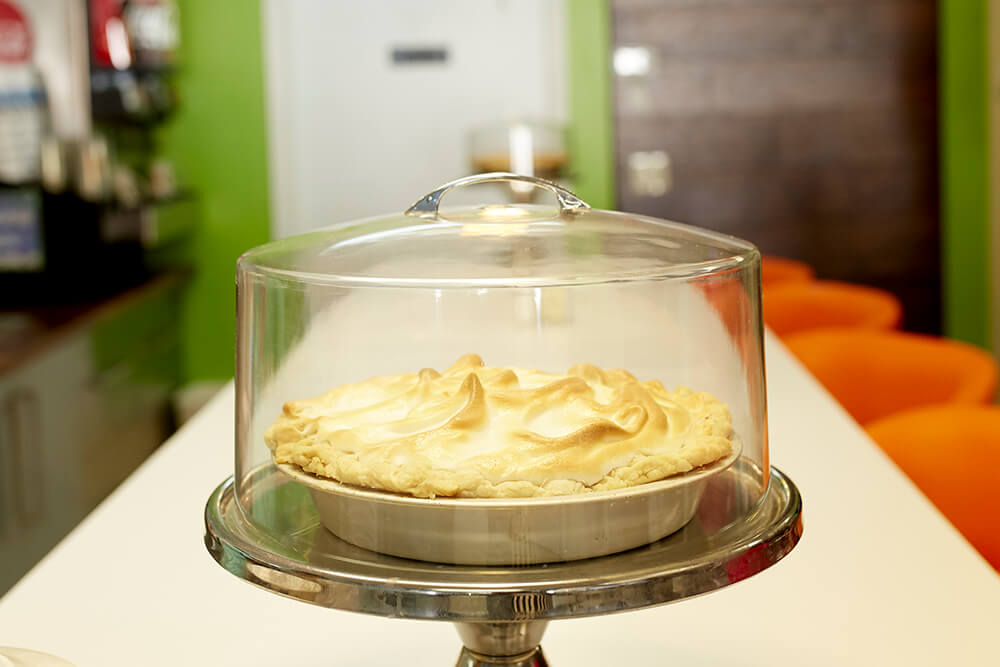 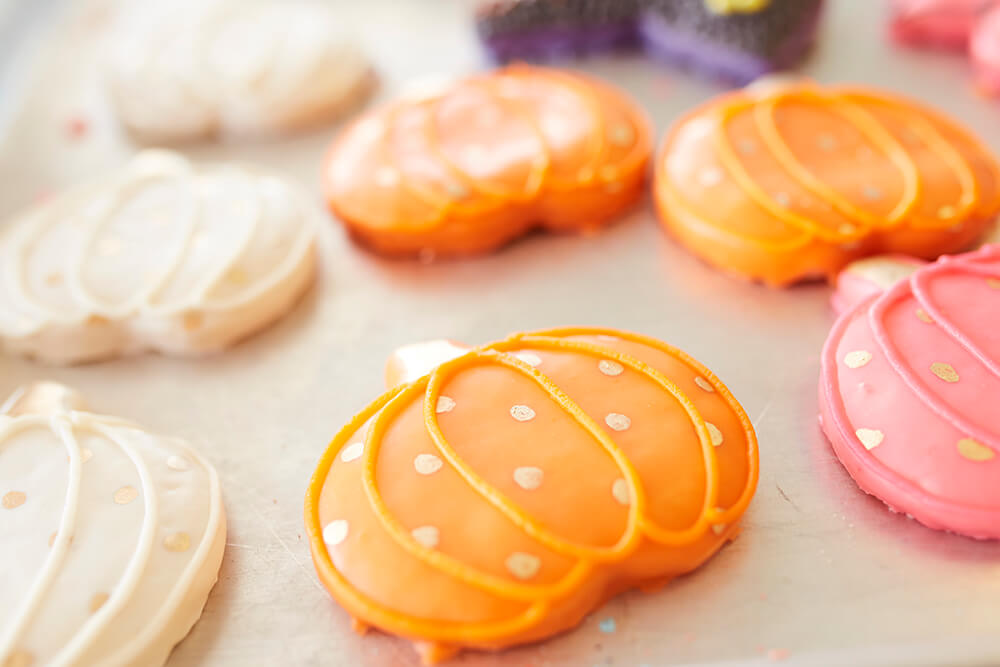 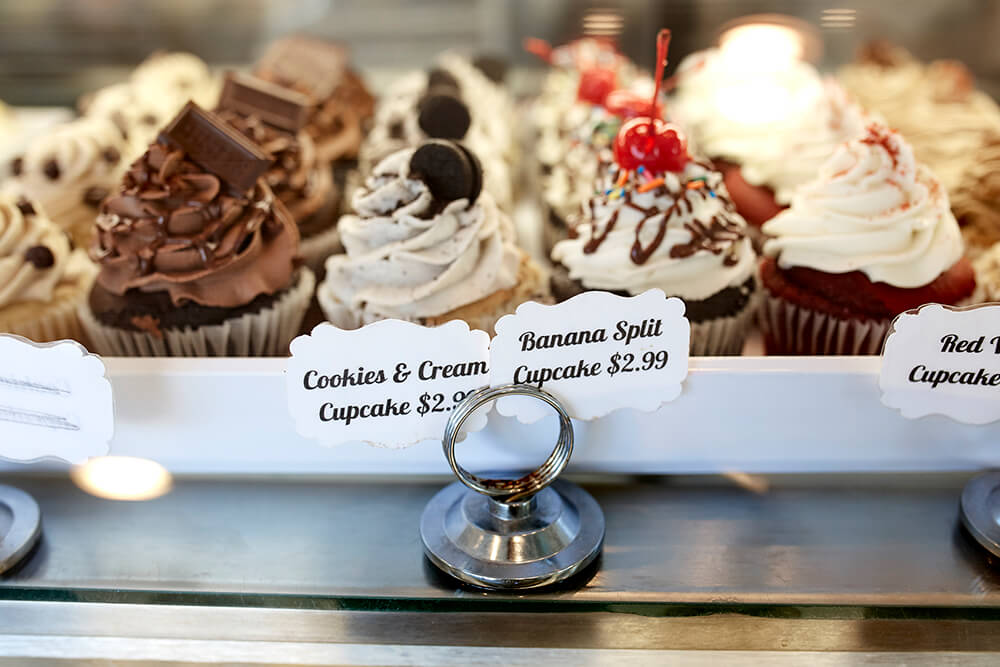