George's provides friendly and knowledgeable service in a very unique location just west of the Arkansas River in Jenks. A 21-and-over bar/restaurant, George’s has a great selection of beers and spirits as well as grub that is primarily made in their kitchen and never frozen. Enjoy yourself on their cozy dog-friendly patio or catch a game inside where it is always non-smoking. There’s a full bar including a strong whiskey selection. But if you’re a beer lover, George’s may quickly become your home away from home. You’ll only find eight on tap, but with nearly 80 bottled brews available, you’ll be busy working your way through the list and likely find a new favorite. One of the biggest draws for George’s is the food that’s not of the pre-made, frozen varieties that are an unfortunate standard at most bars.

The chicken sandwich war is over. Who won? A southern fried chicken place? A nationwide nugget place? Nope. A little English pub in Jenks has one of the tenderest, crispiest, most flavorful chicken sandwich you ever ate. But we’re getting ahead of ourselves here.

Downtown Jenks is charming, with a small-town feel and big-city conveniences. Park and do some antique shopping, walk around, look in windows, and enjoy the atmosphere of a hidden little resort town. And when you’re ready to eat, or enjoy a brew and watch a game, find your way to George’s Pub on First Street. You can’t miss it. The building has a bright white flag with a red cross right in the middle painted on the outside. Step through the door, and you find yourself transported directly to the border between Jenks and London, England. It’s a unique kind of fusion: American and English in food, atmosphere, and sports fandoms.

Crandall’s King George’s flag has been waving over Jenks for 10 years. “The first three years were tough,” he says. “The last seven have been great.”

“Great” is an understatement. During George’s Pub’s 10 years, it’s earned plenty of awards. NBC Sports named George’s Pub one of the top 35 places in the USA to watch sports.

What makes this little pub so unique? Crandall. Crandall and his pub are laid back, funny, likable, easy to get along with, and dedicated to great food. “We make all our dips, sauces, and batters here,” he says. “We hand-cut our fries, make our own Guinness batter, and hand patty our burgers. We have our secret wings recipe; they’re No. 1 sellers.”

Crandall came by his pub know-how honestly: he worked as a bartender at places like The Grey Snail and The Brook for more than 20 years, saving up money and business savvy along the way. He took everything he’d learned, and, in 2010, he poured it into George’s Pub. “I didn’t know a soul in south Tulsa,” he says. “I named the place after an old regular of mine named George Streetman. He died in 2005, but I always promised him if I ever opened a bar, I’d name it after him. We’ve been working our butts off ever since.”

That work has paid off handsomely. George’s Pub is fast becoming a multigenerational place. “Our clientele is everything from 21-80 years old,” he says. “We’re starting to see grandchildren now. Three generations.”

What is it that keeps bringing people back for 10 years? There are a lot of answers to that question, but the food is one of the big ones.

Remember that chicken sandwich? This tender and juicy generous chunk of chicken breast is coated in Guinness batter and fried to crispy perfection. It’s tossed in a sweet, spicy, and tangy Sriracha sauce and topped with a slice of creamy pepper jack cheese. Served on a soft and toasted bun, it’s a bite so perfect and flavorful, you’ll love it whether or not you care for spicy food. Believe this: the burn is worth it.

If chicken isn’t your thing, try a pub staple: fish and chips. Crandall’s take on this classic dish is crispy, crunchy, flavorful, and perfect. Fresh and flaky cod plus Guinness batter makes for a golden-brown, hearty dish that crunches between your teeth and makes your taste buds sing. It comes with some delicious made-in-house tartar sauce. And that’s good, but be sure to try it as God intended it with malt vinegar. Splash some on the fish and the chips, sprinkle some salt, and you might as well be in London watching the Arsenal F.C. play soccer.

If you want more traditional American fare, you can’t go wrong with a burger. Your options range from an ultimate burger to a classic patty melt. All the burgers are shaped by hand and cooked to order. The burger is juicy and full of beefy flavor. The ultimate burger is topped with cheddar, ham, and crispy, smoky, salty bacon. If you want a meatless option, the black bean chipotle burger is hearty and every bit as tasty.

Want to bring a little Tex-Mex into the American/English fusion? Try the deep-dish nachos, a popular favorite A pile of fresh chips is covered in melted cheese, tomato, onion, lettuce, and jalapenos and drizzled with sour cream. It’s a dish every bit as pretty as it is tasty. Not only are the colors beautifully contrasting, but the textures and flavors also meld perfectly: crunchy, creamy, tangy, and salty.

George’s isn’t just a pub, and it’s not only home to deliciously upgraded pub food; it’s one of the best sports bars around. NFL games, baseball, basketball, you name it. But there’s one sport in particular George’s is known for: football. No, not that game played with the pads and helmets. The original football with a round white ball. George’s Pub is home to the Tulsa Gooners, the official Arsenal bar of America. Who are the Gooners, you may ask? They’re the fans of Highbury, London’s Arsenal Football Club. “My family’s from Highbury,” says Crandall. “It’s in my DNA.” Why Gooners? Say “gunners” with an English accent, and you’ll get something that sounds a lot like “gooners.” 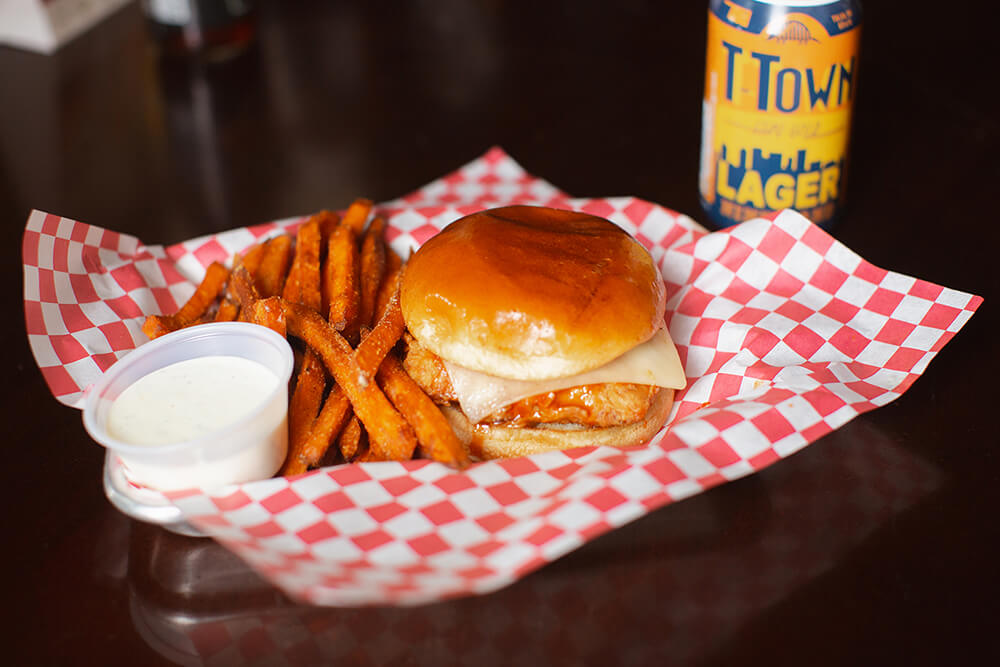 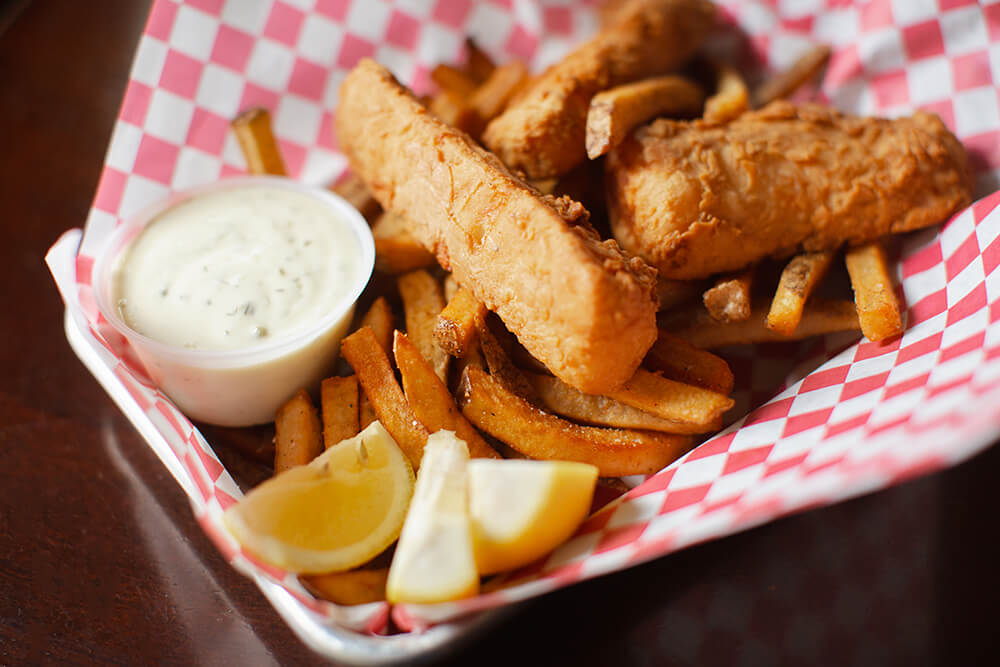 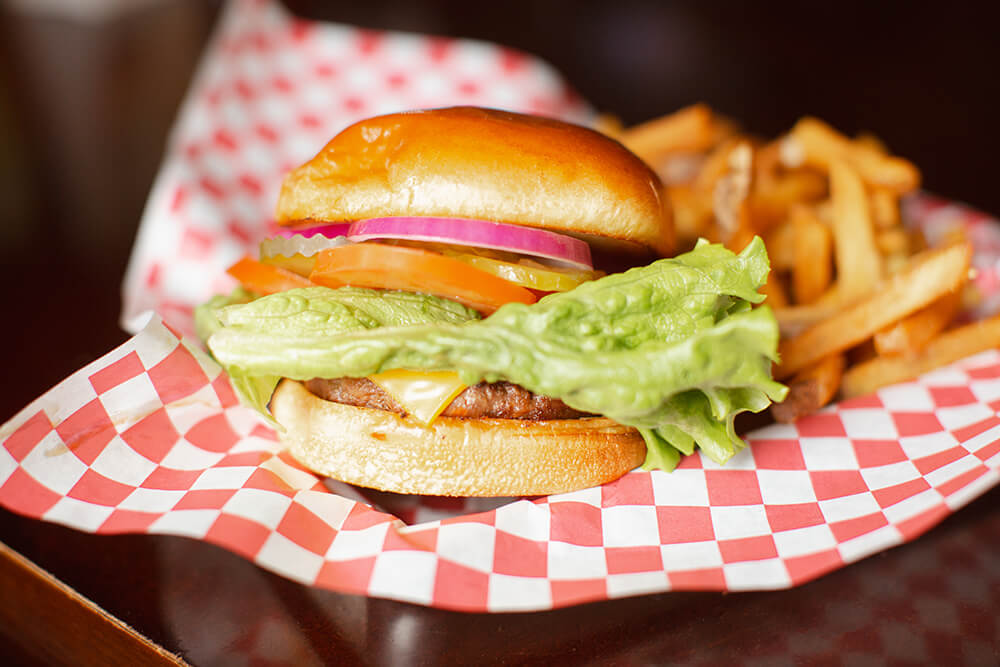 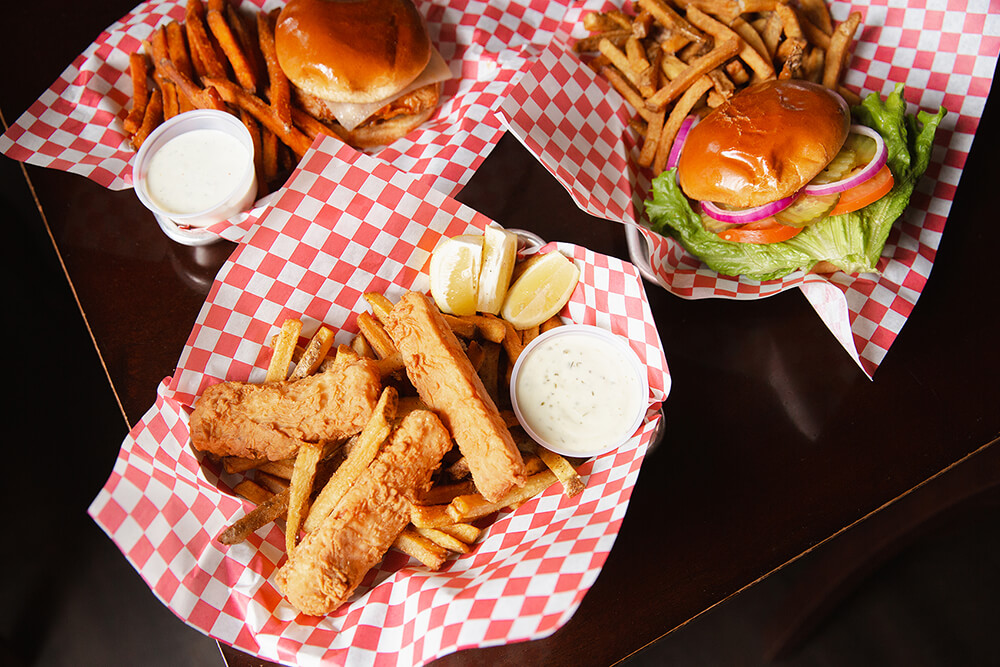 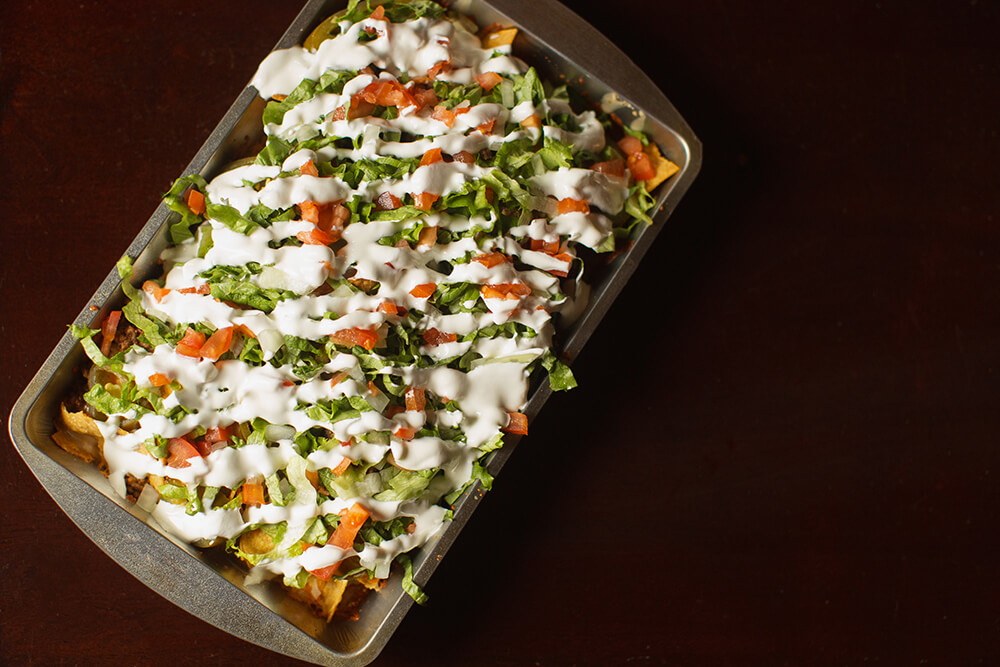 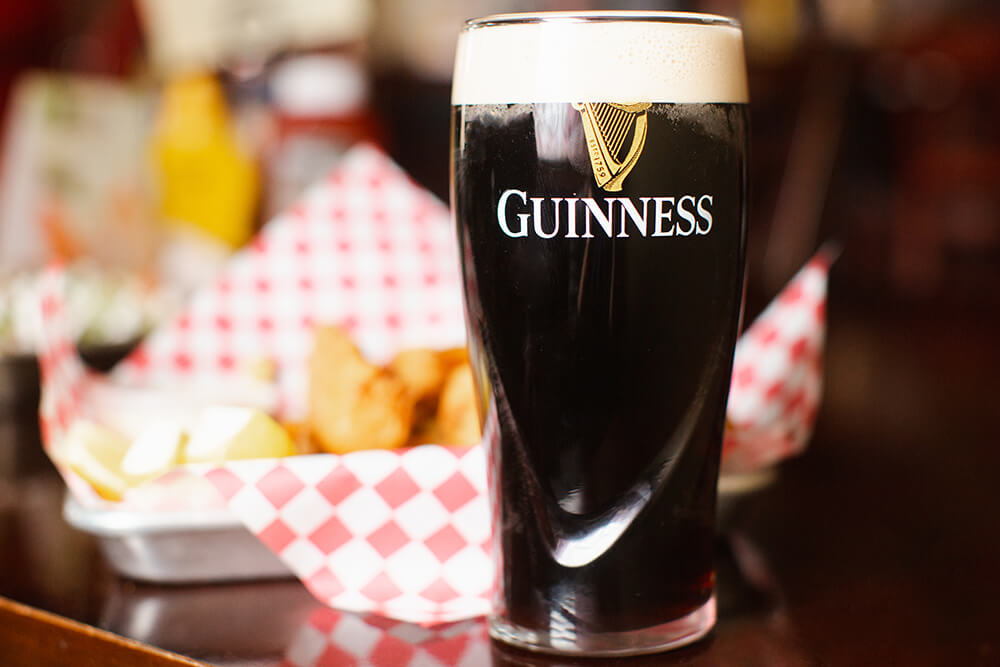