Choose from tables, booths, bar-style seating or even a spot in front of a fireplace at the Pearl District location. Forget the complicated menus of some high-end eateries, Freeway Cafe gets down to business with a simple, but hefty menu that hits on all the food groups. Decked out like a 1950s diner, Freeway Cafe serves breakfast all day with a heavy sampling of the comfort foods that are predictably priceless. Dive into meals that remind us of simpler times like the bigger-than-Texas chicken-fried steak, hamburger steak, burgers, meatloaf, fried chicken and other classics served with two sides, choice of soup or salad, and scrumptious dinner rolls. Breakfast lovers can’t go wrong with selections from the griddle include buttermilk hot cakes with cheesecake bites topped with glazed strawberries. For less than $9, get your day going with the Freeway Sampler that includes two eggs, two bacon strips, two pork sausage links, two pieces of ham, hash browns and a couple pancakes. All of the meals are unpretentious, homemade and would make grandma proud.

You just thought it took a DeLorean and a flux capacitor to go back in time. Nope. You can take yourself back in time just by visiting one of the three locations of the Freeway Cafe. Walk through the front door into the retro Americana of an old-fashioned diner. Rockabilly plays over the sound system while a friendly server greets you from behind the counter. You can believe you’ve stepped back into a simpler time when your biggest problem is whether to get onion rings or fries with your burger. Hint: Get both.

Ali Naghavi partners with his brother, Afshin, as owners and managers of all three Freeway Cafe locations. “We have the same decor in all three locations. Like an old diner from the ‘50s,” he says as he gestures toward the neon accents and the black and white tile, and then proudly points out the model cars, trucks and motorcycles in their display cases set into the walls all over the cafe. “That is my collection. I collected them for 13 or 14 years. They are at the other locations as well.”

The Naghavi brothers have captured the feel of a classic diner so thoroughly you expect to see poodle skirts. Maybe some Pink Ladies at one table, and Happy Days’ Richie Cunningham at another. The tables and booths are a striking red and black. Stools line an old-fashioned lunch counter while a refrigerated display case of pies sits nearby. The entire cafe is brightly lit with inset ceiling lights and windows letting natural sunlight into the dining rooms, while the smell of burgers cooking on the grill fills the air. An Elvis tune begins to play and the illusion is complete.

What retro diner time travel experience is complete without food, though? Freeway Cafe’s extensive menu of classics makes it tough to choose. The breakfast menu is available all day and features homestyle choices like the steak and eggs, two eggs cooked however you like with a 7-ounce sirloin, served with hash browns or grits and toast or a biscuit and gravy. A popular choice, according to Naghavi, is the Freeway Sampler, which is a generous plate filled with two eggs cooked your way, two bacon strips, two sausage links, two slices of ham, hash browns and two buttermilk pancakes to start your day off right.

The breakfast menu has a sweet selection of pancakes, waffles and French toast. You’ll be tempted by New York cheesecake hot cakes — a stack of four buttermilk hot cakes with cheesecake bites topped with glazed strawberries. If you prefer French toast, you have a tough-to-make choice between classic, very berry brioche, strawberry banana or cinnamon swirl. Add a bit of savory with a side of bacon, ham or sausage for just a little extra.

The omelets must be seen — and tasted — to be believed. Freeway Cafe offers traditional omelet choices like a cheese, Denver or Western omelet, which are all worthy choices. The star of the omelet menu, though, is their Oklahoma omelet. Stuffed full of bacon, sausage, shredded beef, ham, green peppers, onions and cheddar, this omelet will make you proud to be from the Sooner State. It’s served with a side of salsa and, like all the omelets, hash browns or grits and toast or biscuits and gravy.

If you prefer a pastry for breakfast, you have got to try the Freeway Cafe homemade cinnamon roll. The enormous baked treat fills a plate and is generously topped with a rich cinnamon glaze. It’s a sweet, buttery, melt-in your-mouth cinnamon explosion. Not to be missed, but bring a friend — this thing is huge.

If you’re there for lunch or dinner, you have got to try the onion rings. Freeway’s versions are a tribute to the old eastside cafe. The onion is sliced thin, and lightly battered. They crunch delightfully between your teeth. Watch out because it’s a generous portion; you might not have room for your meal. And that would be a shame, because the rest of the menu is not to be missed.

Chicken-fried steak is an Oklahoma favorite, and Freeway Cafe does it right. Hand-breaded and golden-fried, this hefty portion of round steak is served topped with traditional cream gravy, a soup or salad, your choice of sides and a roll. The fry is crisp and seasoned just right, the steak itself is tender, and the cream gravy sets it off. Have it served like a true Oklahoman, with mashed potatoes and corn.

Freeway Cafe is renowned for its seafood selection, especially the southern fried catfish in its traditional cornmeal breading. As delightful as that crispy catfish is, though, it’s not your only delicious choice. There’s crispy cod, golden tilapia or jumbo butterfly shrimp.

But let’s be honest here. If you come to a diner, you’re probably looking for a burger and fries. Freeway Cafe will make your burger dreams come true. The patty is perfectly cooked and seasoned, topped with lettuce, tomato, onion and pickles, and nestled inside a corn-dusted Kaiser roll. You can choose a classic cheese burger, a sweet and savory theta burger, a traditional patty melt or a thick double meat burger. But the reigning king of the burger menu is the royal burger. “It’s a third pound burger with a fried egg on top, bacon, lettuce, tomato and pickles,” Naghavi says. It’s a favorite at Freeway.

There are three Freeway Cafe locations in Tulsa: the downtown, the midtown and their newest west side location opened in January. All locations have the atmosphere, feel and delicious menu of a classic diner. “My brother Afshin opened his first restaurant in 1991,” Naghavi says. “It became Freeway Cafe in 1996. I partnered with him and we opened the midtown location. Now that the west side location is open, we will focus on quality and growing the business before opening any more locations.” 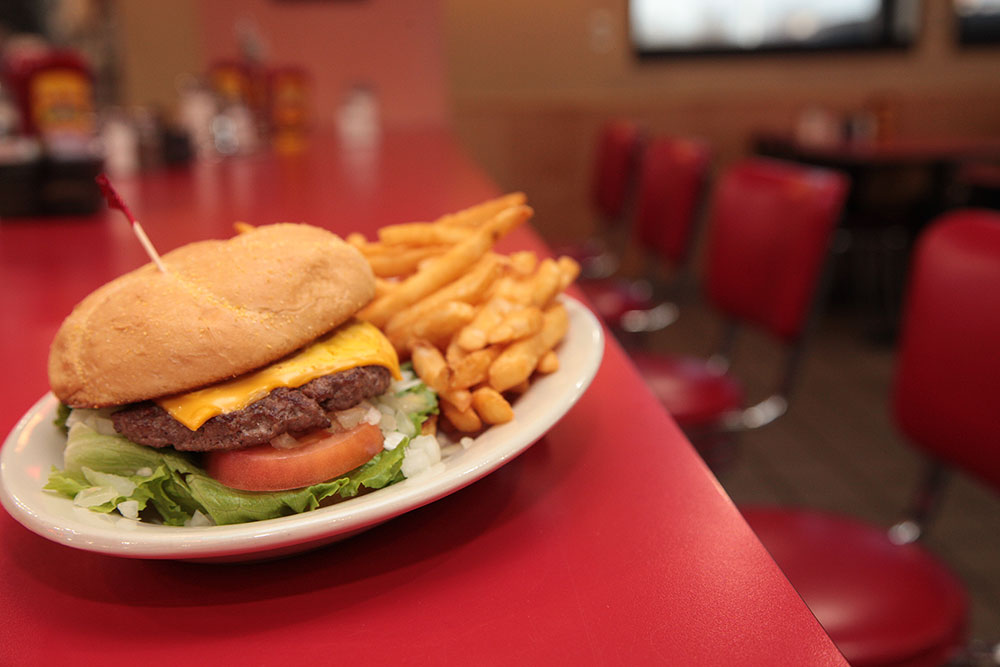 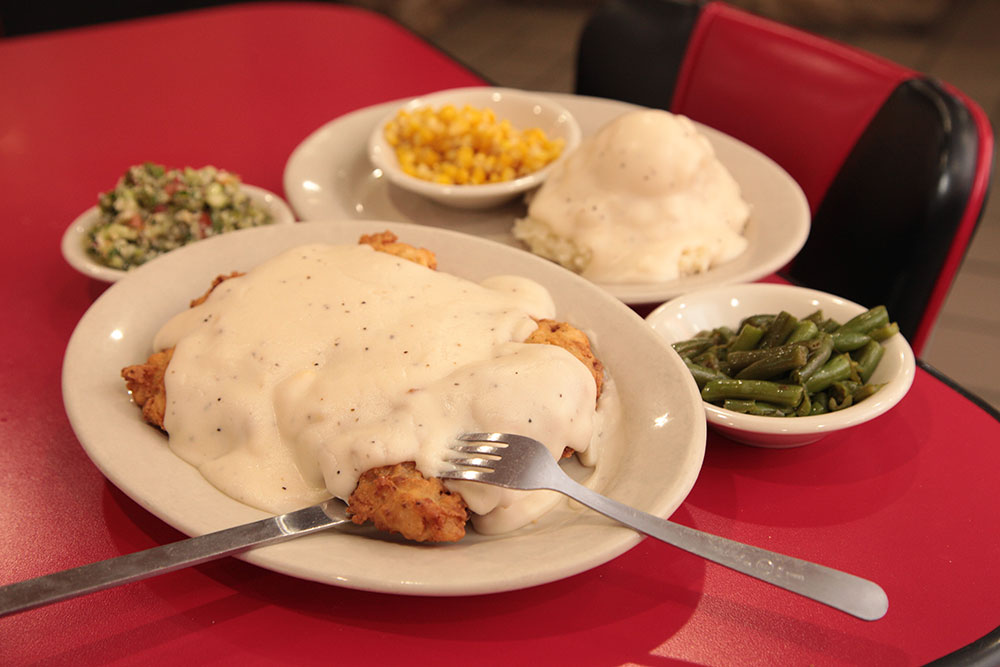 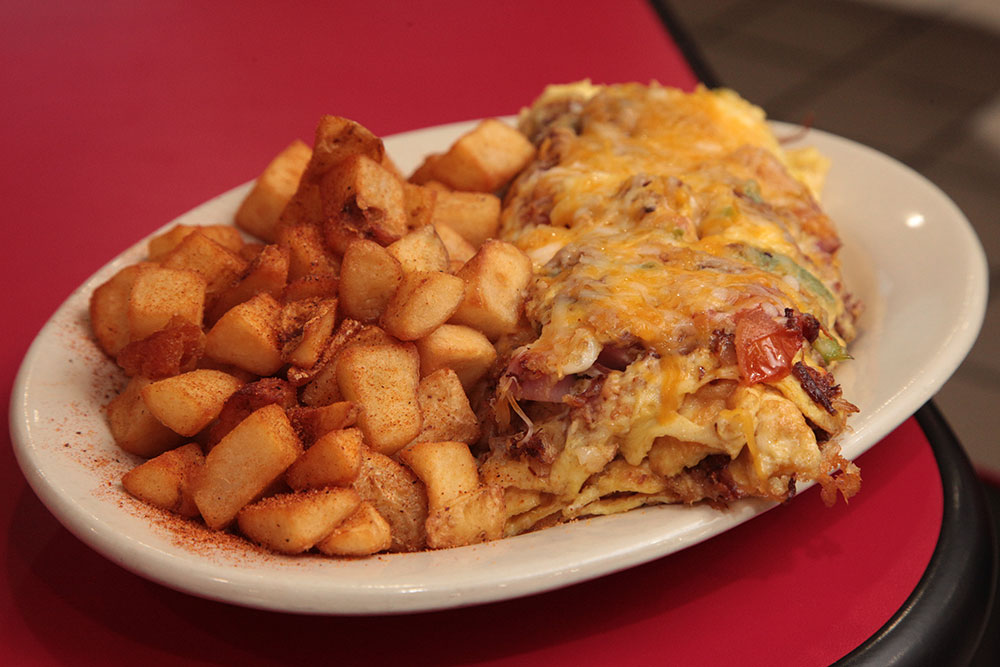 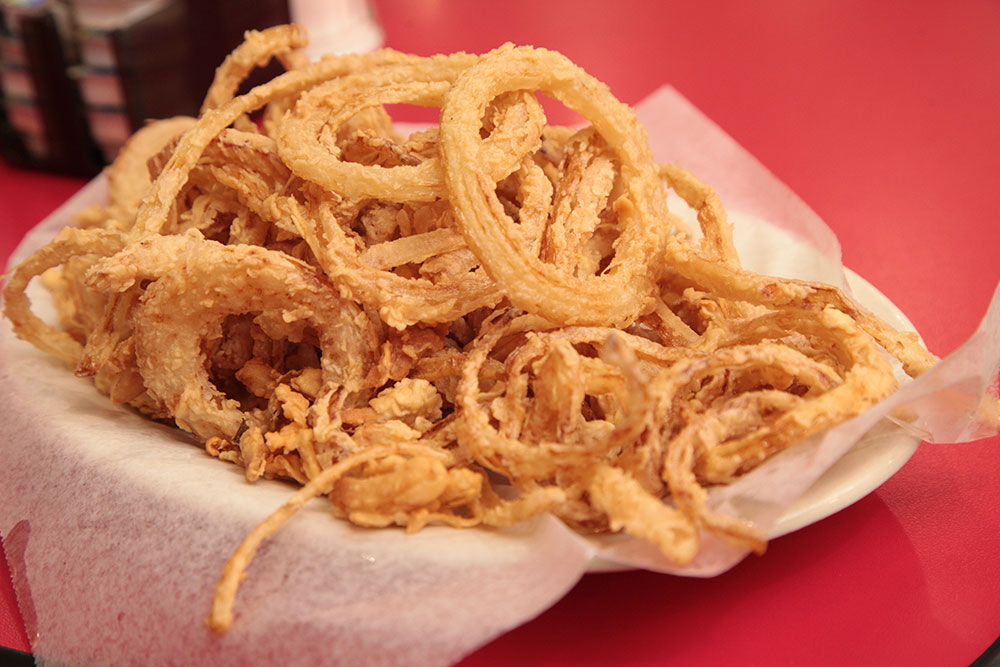 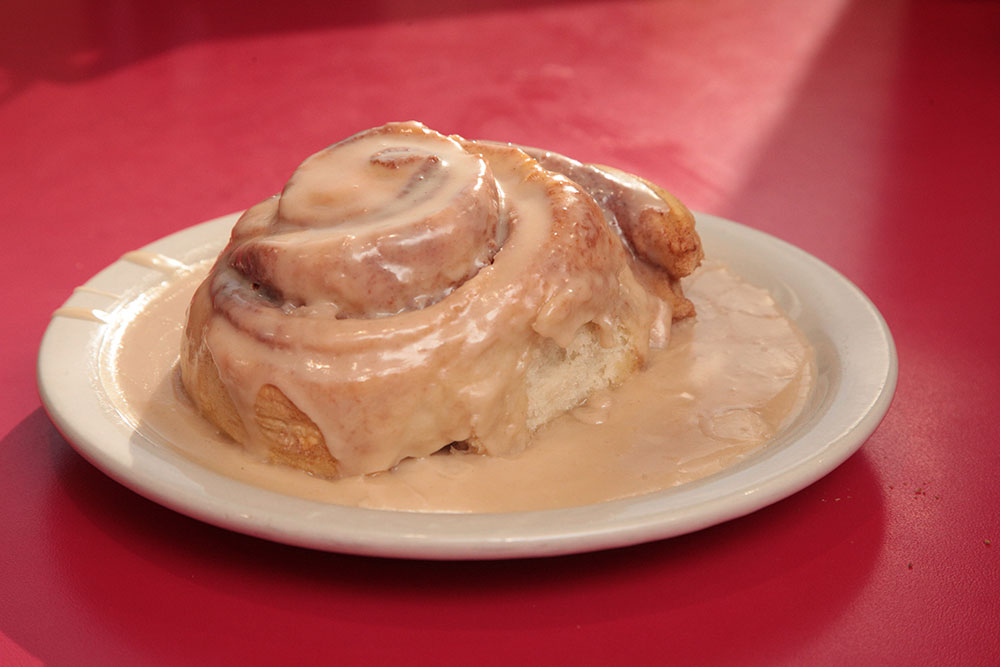 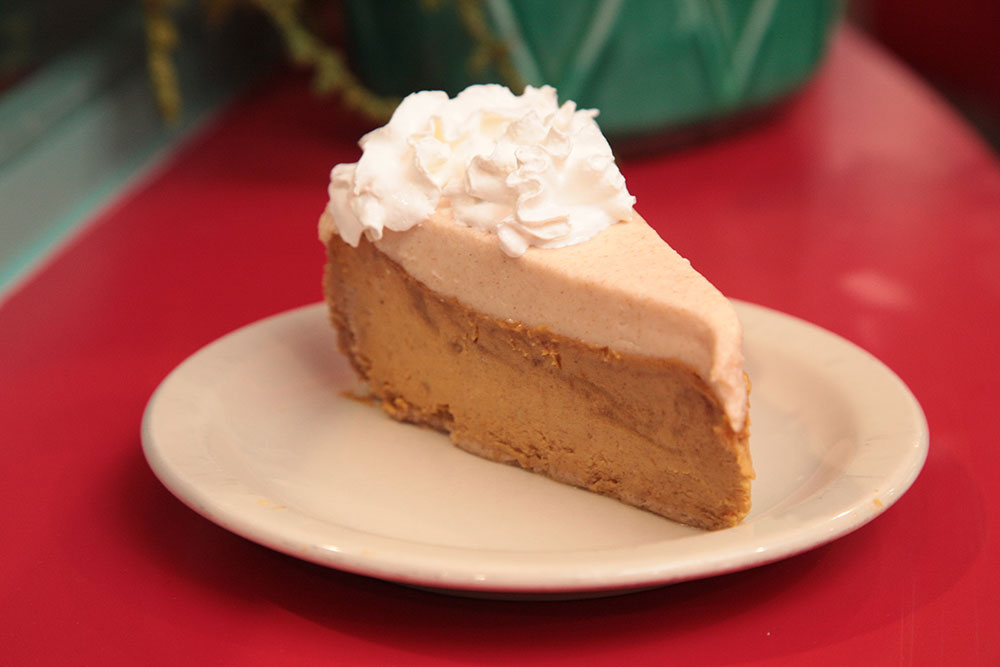