The Deco Deli offers those with Titan-sized appetites and a penchant for deli-inspired lunchtime food, a varied selection of delicious, fresh, and healthy food that will give them the energy they need to get through the day. There are different specials every day, depending on what’s seasonally available, and what has inspired the staff. The restaurant is also open for breakfast, featuring bagels, a hot breakfast sandwich and on-the-go yogurt parfaits. Fresh, healthy smoothies are served all day and are a popular menu item. And if you’re really on the go, they offer a call-in order option, and they even have a refrigerated case where you can pick up pre-made lunches and snacks and get back to your desk even quicker.

In Greek mythology, Atlas was a powerful Titan condemned to hold up the sky for all eternity. In Tulsa, the Atlas Life Building was built in 1922 and houses the popular Deco Deli eatery — a restaurant for those with Titan-sized appetites and a penchant for unique, deli-inspired lunchtime food.

The Atlas Life Building is an art deco masterpiece, and was added to the U.S. National Register of Historic Places in 2009. The distinctive red brick and marble exterior and the lush, ornamental interior make this a unique building in downtown Tulsa. And so it’s no surprise that one of Tulsa’s more popular eateries can be found on the ground floor. The Deco Deli and Market packs in office workers from surrounding buildings during the lunchtime rush — everyone is there for the delicious, fresh, and healthy food that will give them the energy they need to get through the day.

The bustling restaurant features large windows that give patrons a birds-eye view of the bustling lunchtime activity along Boston Avenue, and the décor hints at the rich history of the beautiful structure. On nice days, you can sit at one of the outside tables, enjoy the fresh air and indulge in some people-watching of the highest caliber.

The Deco Deli and Market opened in January 2014, and is the brainchild of brothers John and Jake Robinson. John oversees the day-to-day operations and can be found in the kitchen or behind the register in the Deli most days, while his brother runs the Atlas Grill right down the hall.

John moved to Tulsa from Texas, where he left behind careers in mortgage lending and the oil and gas industry to pursue a career more in line with his passion — cooking. “I worked in restaurants all through college,” he says. “When my brother offered me this opportunity to do something I have a passion for, I jumped on it.” He took the reins of the project and hasn’t looked back since.

Having come from a family where the children were encouraged to prepare a family meal each week, John truly enjoys cooking, and spends time coming up with unique ingredient combinations for his menu. Deco Deli sandwiches are served hot (“because melted cheese!” he explains), and a wide selection of soups and seasonal salads round out the lunch menu.

You may think from the name that Deco Deli sandwiches simply consist of your basic standard deli fare, but you couldn’t be more wrong. He may start with a traditional sandwich, but John imbues each creation with his own unique flavorful style. And many of the sandwiches are named for other historic buildings in the area. For example, the Philtower might appear to be your basic turkey and Swiss sandwich, but when John adds his house dressing, it becomes a different creation altogether. The salads are all fresh and healthy (he even offers a kale salad for the hardcore healthy), and everything is prepared fresh in-house, including the crisp, deliciously-seasoned potato chips. There are even freshly baked desserts available, including cake balls, banana nut bread, pumpkin bread (both available for special-order by the loaf) and more.

Many of the original ingredient combinations find their way into the Deco Deli’s daily specials. Every Monday, the Yardbird sandwich sells out consistently, and they often have people calling ahead to request three or four at a time. Made with hickory-smoked pulled chicken, peppered bacon, jalapenos, Gouda cheese and red onion, it’s all mixed with chipotle barbecue sauce and served on grilled jalapeno cheddar bread. He’s been asked to make more available each Monday to meet the demand, but for now the supply is limited.

There are different specials every day, depending on what’s seasonally available, and what has inspired John and his staff.

Most customers work in neighboring buildings and head over for lunch, but John explains that you can get to the Deco Deli from as far away as the BOK tower, if you use the tunnels. The restaurant is also open for breakfast, featuring bagels, a hot breakfast sandwich and on-the-go yogurt parfaits. Fresh, healthy smoothies are served all day and are a popular  menu item.

And if you’re really on the go, they offer a call-in order option, and they even have  a refrigerated case where you can pick up pre-made lunches and snacks and get back to your desk even quicker.

The Deco Deli is also a favorite for catering for many downtown businesses, providing fresh, delicious food for all kinds of events and meetings. They also welcome house accounts, so they can easily be your go-to choice for lunch or meeting noshes. 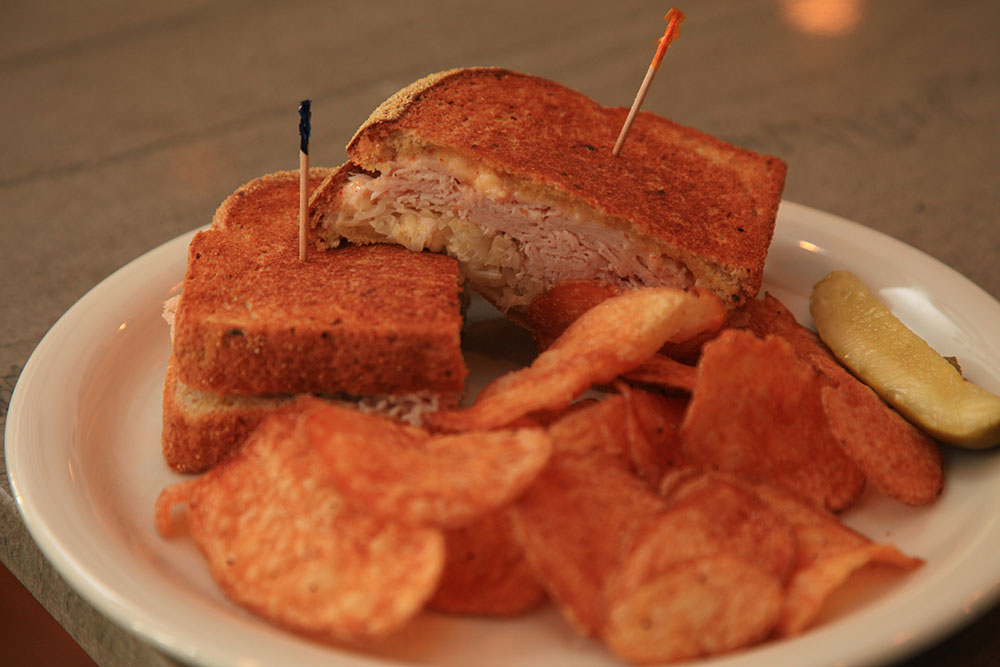 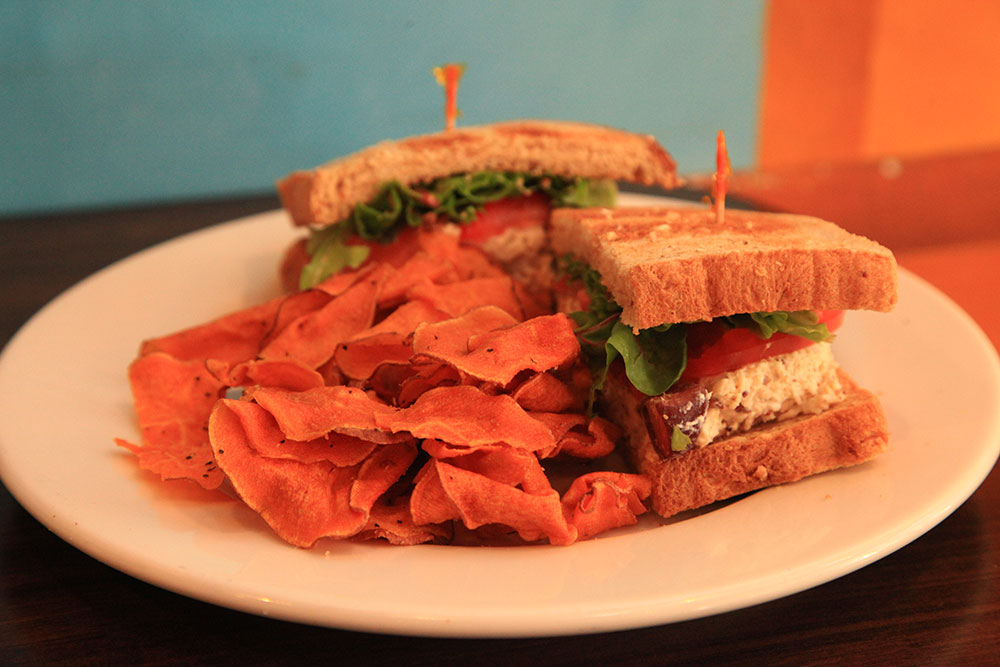 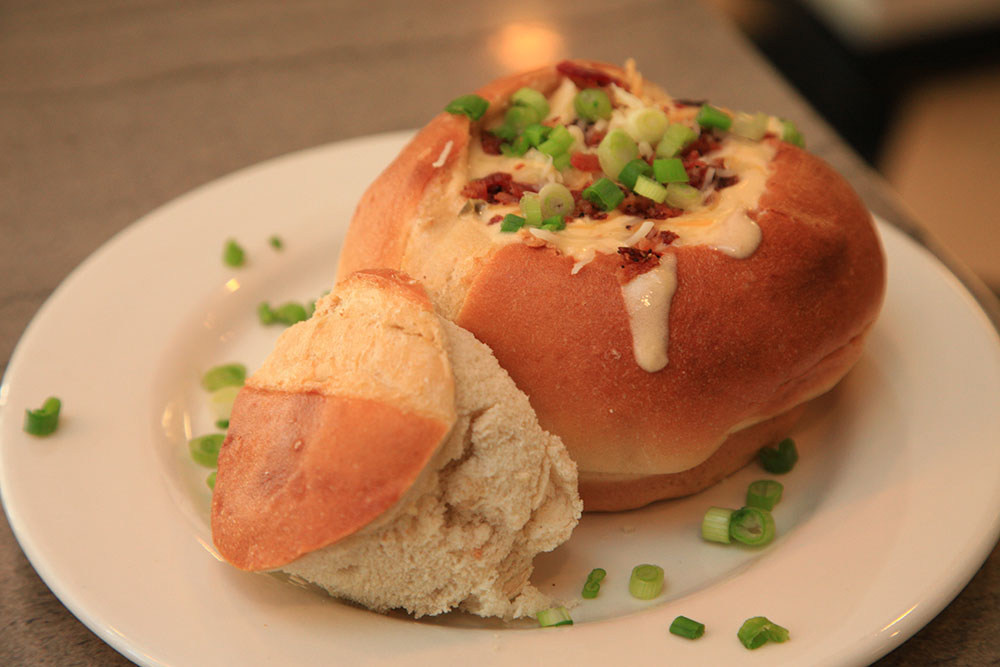 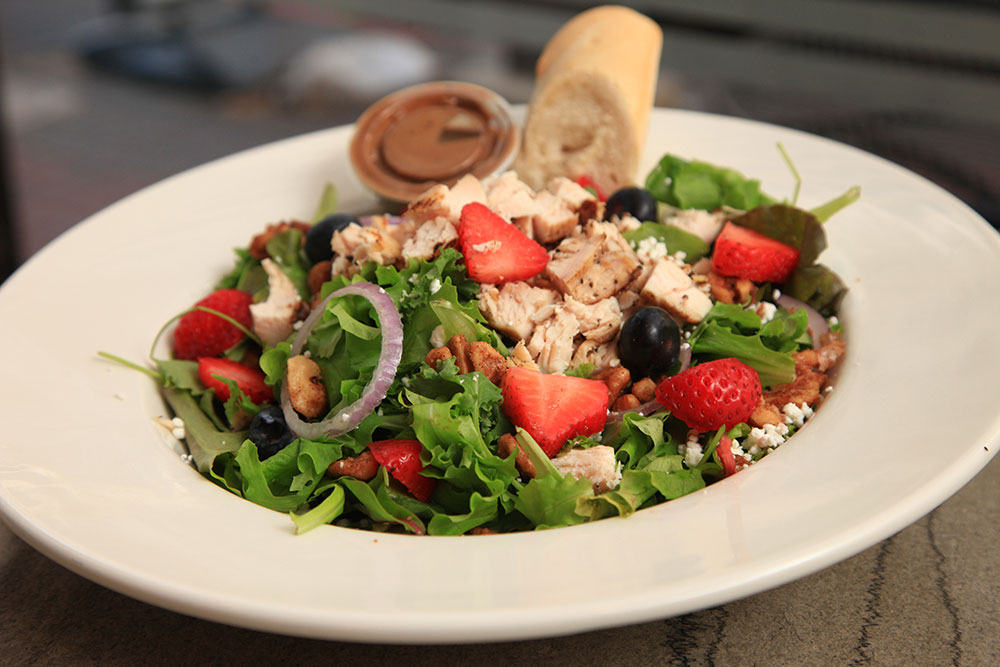 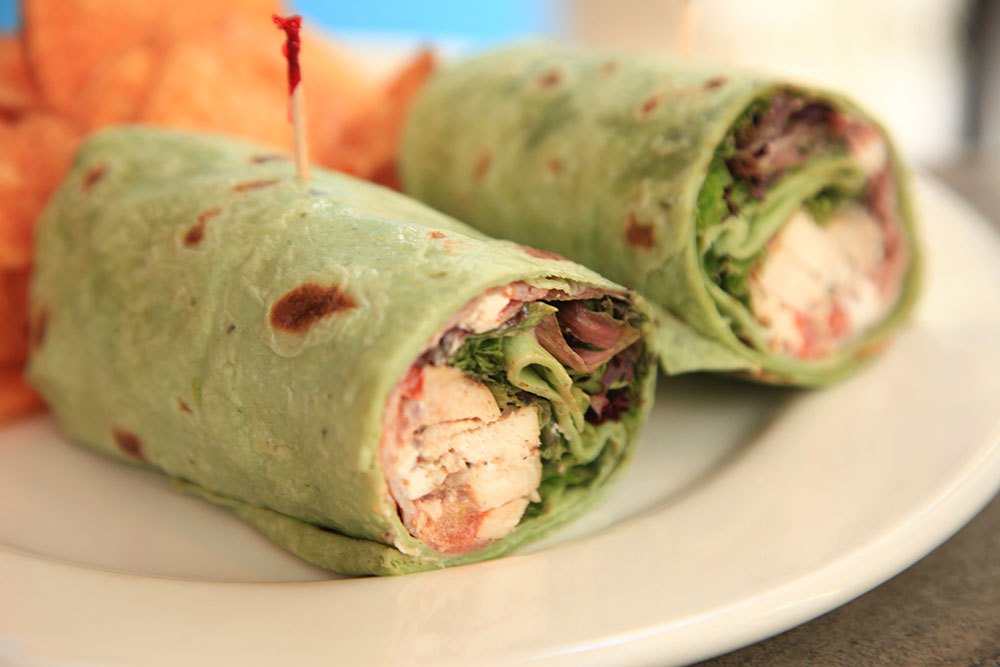 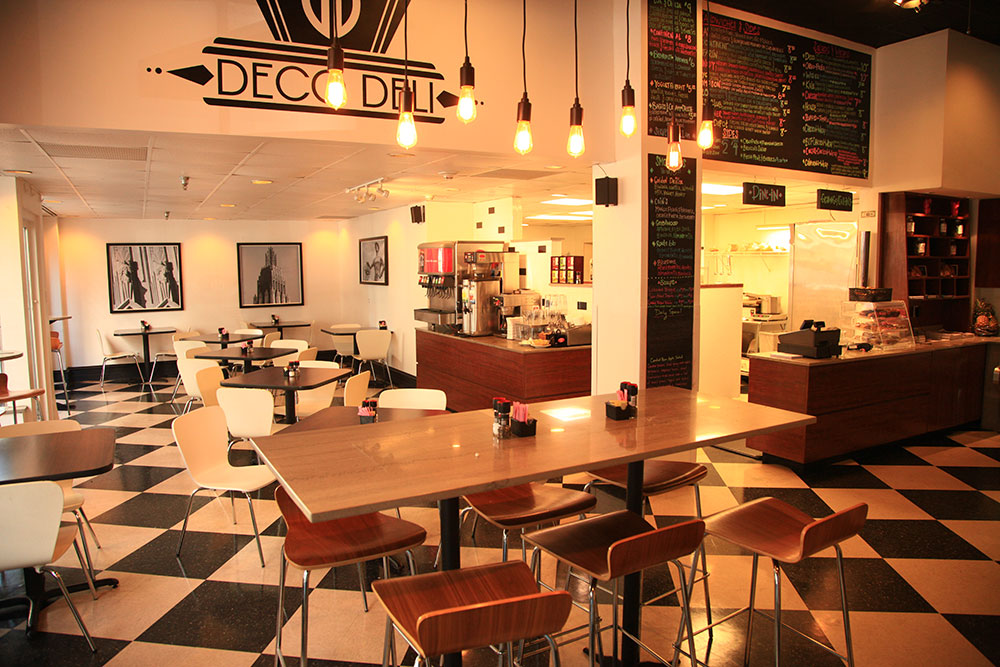