Original owners, Bill and Darrell Bowen, founded Brownies Hamburger Stand at 2130 S. Harvard in 1957. And when Tulsa’s beloved Brownies needed new owners who understood the importance of continuing the storied tradition, Dusty and Debra Oakley took over after two previous sets of owners tried to replicate the magic of the Bowens.The Oakleys also still make the burgers on the flattop grill with the onions fried into the patty, the same as Bill and Ed did. People used to say you got your burger their way, but now you can get lettuce and tomato on your burger. They cut the fries fresh every day in the restaurant and call them freedom fries. The Bowens changed the name during the Gulf War when France wouldn’t let U.S. planes cross their airspace, and they never changed it back. And with their excellent old-fashioned prices as well as their old-fashioned cooking, you will always satisfy your belly and your budget. Get the amazing onion rings or cheesy freedom fries with your meal. And never forget to get a piece of meringue pie and the one-of-a-kind, bottomless homemade root beer.

Original owners, Bill and Darrell Bowen, founded Brownies Hamburger Stand at 2130 S. Harvard in 1957, not long after Dwight D. Eisenhower was inaugurated as the 34th president of the United States. These were the days when Elvis Presley’s “Jailhouse Rock,” “Great Balls of Fire” by Jerry Lee Lewis, and “You Send Me” by Sam Cooke were playing in every jukebox around the country. Girls wore whirl skirts and bobby socks, the guys kept their cigarette packs rolled up in their T-shirts, and everyone loved a good pie.

Ten presidents, including the first African-American to hold the office (Barack Obama) and five decades later, the brothers continued to carry on the Tulsa tradition of hamburgers, root beer, rock ‘n’ roll and American pie until Darrell left the business for Bill to run. However, when Bill died in 2009, it looked like it was all coming to an end.

When Tulsa’s beloved Brownies needed new owners who understood the importance of continuing the storied tradition, Dusty and Debra Oakley took over after two previous sets of owners tried to replicate the magic of the Bowens.

The Oakleys have been in the restaurant business since their teens.

“We met at a restaurant,” Debra says. “I trained Dusty to be a server. I worked at Chimi’s for 16 years, was a teacher for 17 years and a mom to three children. We’ve owned a Subway and a Java Dave’s Coffee.”

“A local investor approached us, asked if we’d be interested in Brownies, and we said, ‘Oh, heck, yeah!’” says Dusty. “Bill was a real character. He would tease and joke around. People came into Brownies not just for the food, but for a show.”

Dusty had eaten more than his fair share of hamburgers at Brownies, having grown up less than a mile away. Back when the Bowens were running the show, Dusty remembers it as a pretty busy place where generations of hamburger lovers came to get their fix. But when new owners took over in 2010, things started to drop off a bit.

“When we first took over,” says Dusty, “the guy who was running it had a nutritional background and changed some of the recipes and menu items. After talking to the customers, some of whom had been coming for 30, 40, even 50 years, they told us what needed to change. We slowly got things back to the way they had been.”

After that, customers were back to saying things were tasting the way they had always remembered. Two particular things Dusty made sure Brownies remained true and faithful to were the restaurant’s original root beer and pie recipes.

Generations of Tulsans thank him for it.

“There’s a lot of places in town you can get great burgers,” he says, “but we probably have the best root beer in town. And maybe there’s a couple other places around that make root beer, but still the flavor isn’t anywhere close to what we do.”

The homemade pies that Brownies customers have loved through the decades taste just the way they have for the last 50-something years, and the secret behind their amazing flavor is something that not even Dusty can keep on the downlow.

“After Brownies opened, so the story goes” says Dusty, “Mrs. Peace came in, and after tasting their pies, told the owner that his pies were horrible. He said, ‘Well, if you think you can do better, then why don’t you?’ So, she went home, made a pie, came back in. He tasted it and said, ‘Want a job?’ It’s been her pie recipes in here ever since.”

Peace’s daughter and grandchildren still come in occasionally and remark that the pies still taste like granny’s.

But Dusty did more than simply restore the original Brownies recipes for the burgers, root beer and the rest; he preserved the feel of the restaurant that generations of Tulsans have loved for years. The real key ingredients he’s fostered since taking over, are the people involved in the restaurant on a daily basis.

“You can get good food at a number of places,” Dusty says, “but we try to make Brownies an atmosphere where people come and have fun, be laid back and relaxed. Most of our employees stay with us a long time, so they get to know the customers and the customers get to know them.

“We also still make the burgers on the flattop grill with the onions fried into the patty, the same as Bill and Ed did. People used to say you got your burger their way, but now you can get lettuce and tomato on your burger. We cut the fries fresh every day in the restaurant. We still call them freedom fries. The Bowens changed the name during the Gulf War when France wouldn’t let U.S. planes cross their airspace, and they never changed it back.”

Upon entering the Harvard location, a cash register sits on the nearest end of a long bar. To the left, facing the street, is a window, and on it rests scores and scores of old and new toys, left by generations past. Tiny race cars and trinkets, little odds and ends left there through the years by regular customers young and old, are reminders that they’ve visited. No one knows for sure how the toy shelf started all those years ago, but the tradition of leaving a tiny toy of some sort on that window ledge is treasured by all those who visit.

“We have people my age,” Dusty says, “and they come in and point out a particular toy and say, ‘You see that up there? I brought that in.’”

Dusty plans to continue to share the rich Brownies tradition by opening an additional location in Sand Springs. Who knows, perhaps future generations of Oklahomans in that area will make some of the same memories. 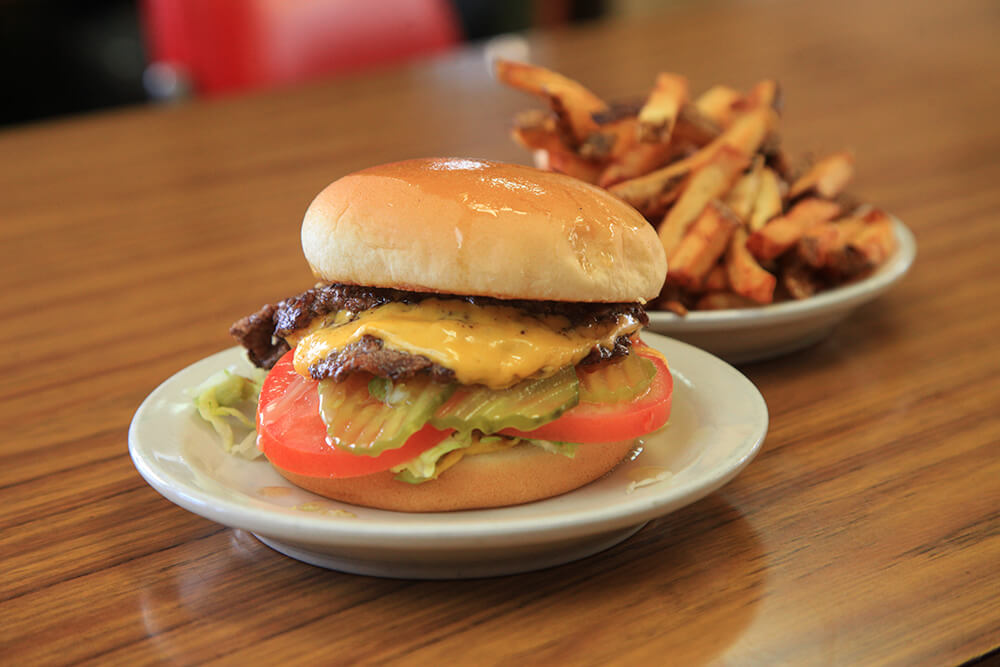 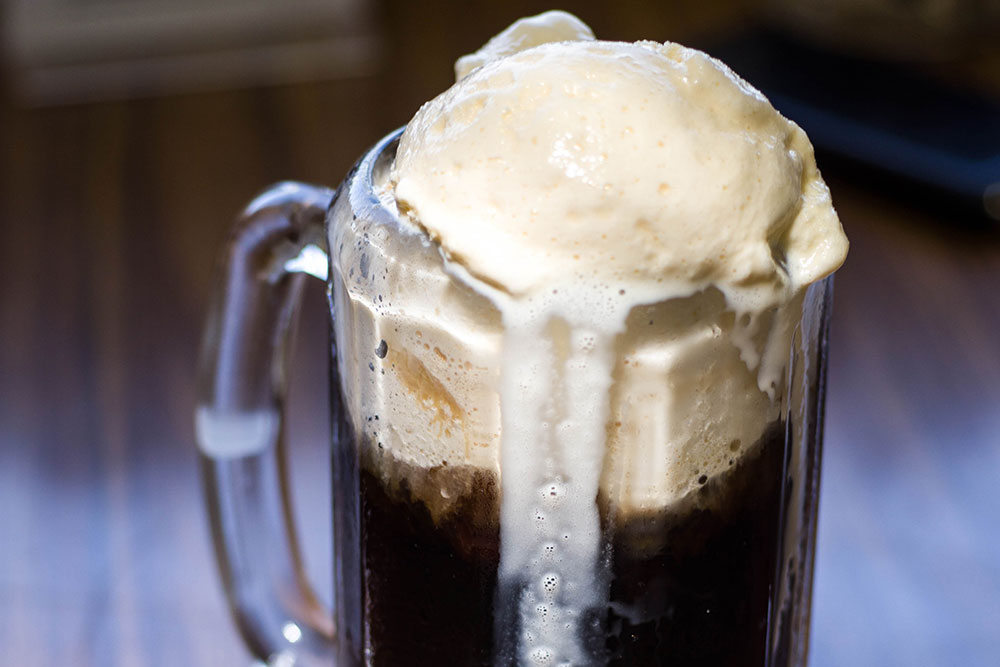 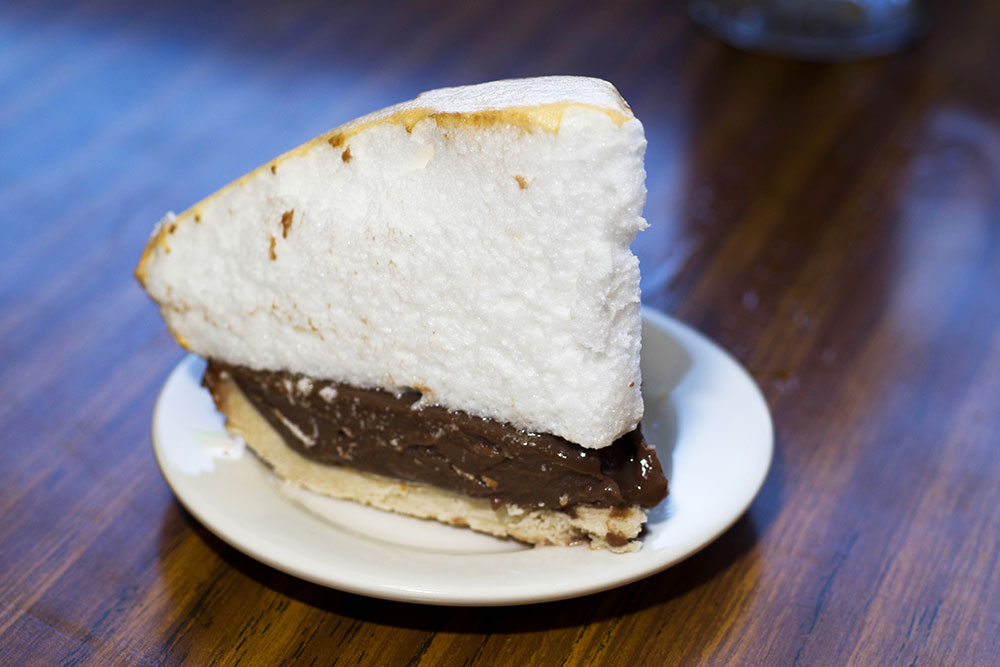 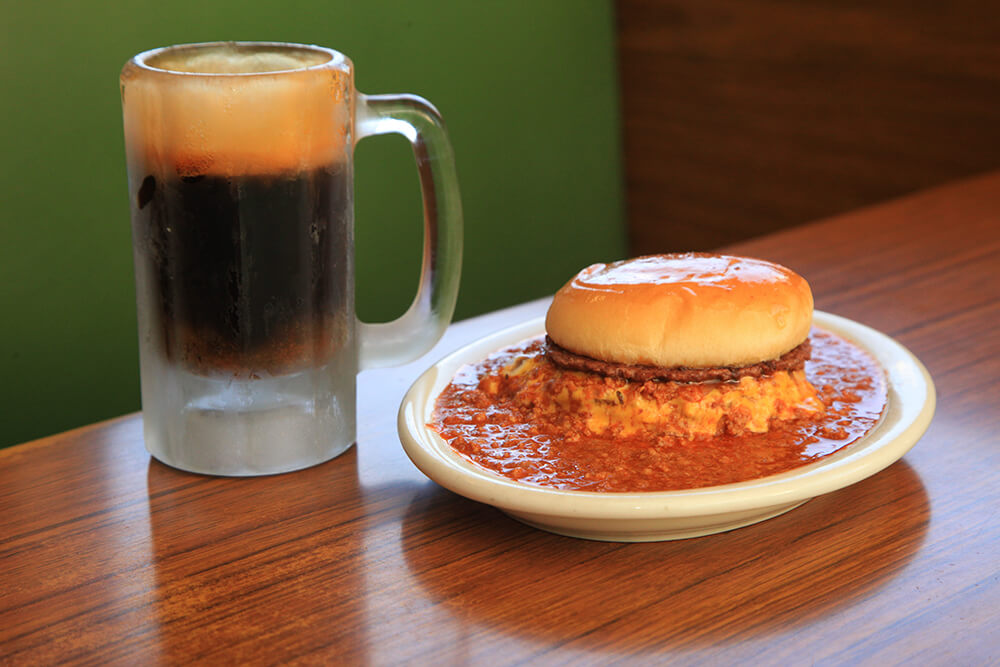 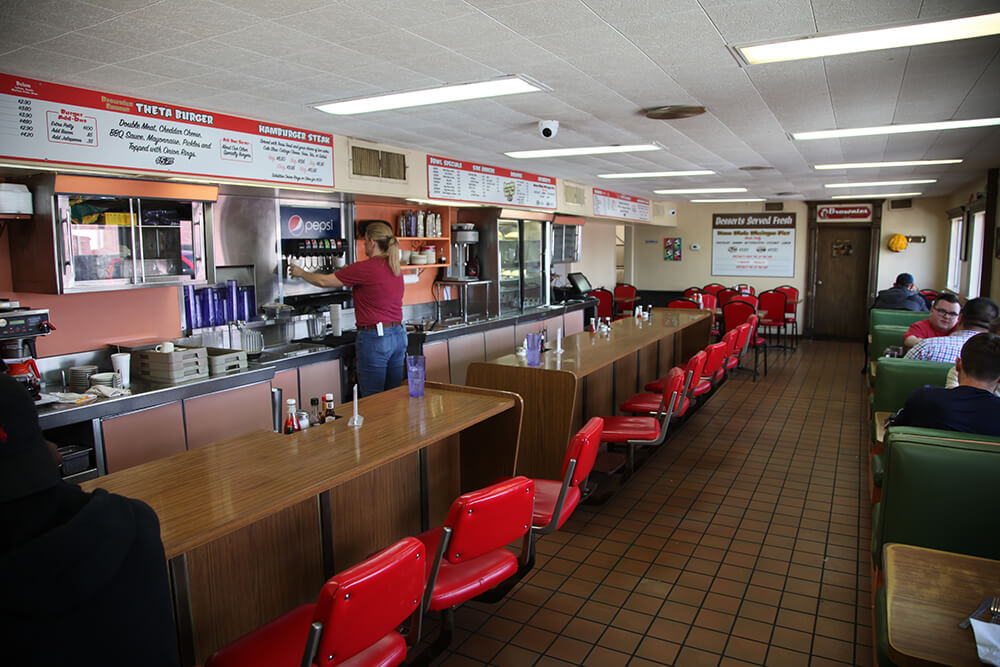 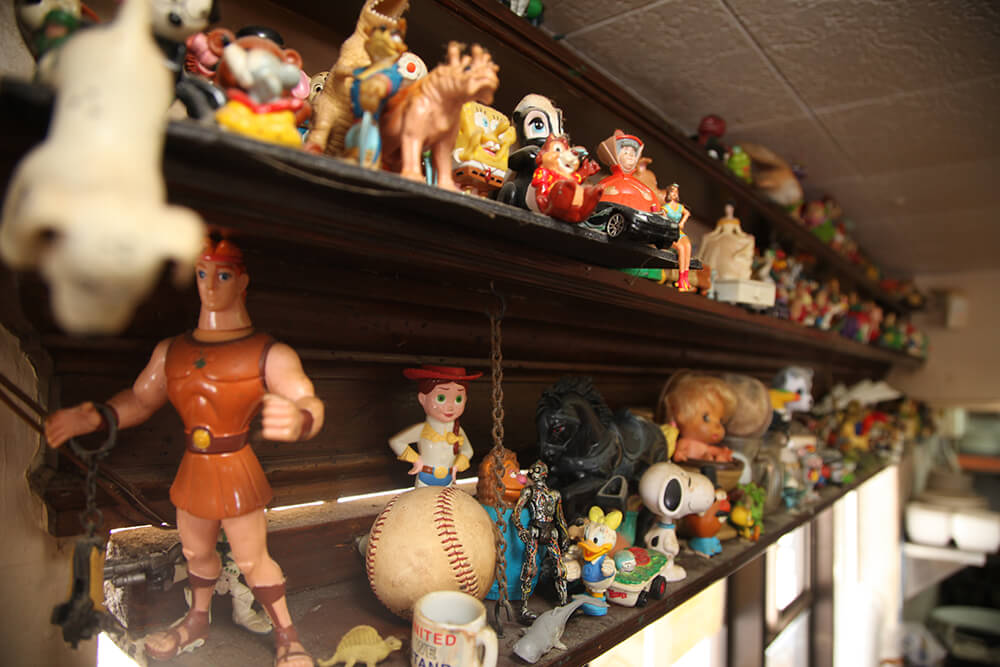